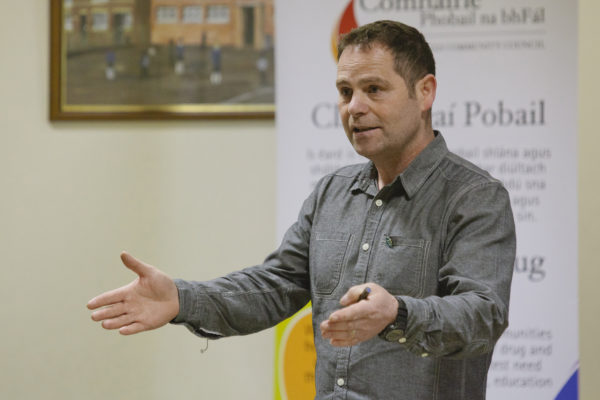 EMERGENCY: Philip McTaggart has been campaigning on the issue of suicide prevention since 2003

SO let's be clear. We deserve better
Dr Michael McBride, Chief Medical Officer, says "there is no greater public health challenge than suicide prevention."
As communities across Belfast are in mourning following a weekend in which young lives were tragically lost, I would like to take this opportunity to call upon Dr Michael McBride, the Chief Medical Officer, and Richard Pengelly, the Permanent Secretary, to call a public health emergency now.
I am also calling on them to immediately double the funding for counselling, life coaching and complimentary therapy, to try and clear the backlog of people who are waiting on support.
This needs to be done immediately as this issue now needs to be taken seriously. Action not words.
Last year, an average of six people a week took their own lives in the north. A total of 307 people took their own lives last year – a figure that has risen steadily from 1970 when 73 died by suicide.
The vast majority of those who died by suicide last year were also male (228) and the age groups from 20 to 34-years-old were hardest hit while Belfast City Council area lost many more souls than anywhere else.
On the 10th September 2019, after three and half years, the Department of Health approved the new Protect Life Suicide Prevention Strategy 2 which aims to cut deaths by 10% by 2024. This is totally inadequate and will only save six lives a year.
Saying it's the World Health Organisation (WHO) who sets the 10% reduction target is misleading. That's a global target they set and not for a post-conflict society with a suicide epidemic.
Equally the budget of £10.35 million for 2019/20 equals 0.2% of the health budget. Are they serious!
There’s a post code lottery for mental health services and suicide prevention/ counselling. Waiting times for counselling vary across Trusts, from 40 days to seven months and in many cases it only last for six weeks.
WE DESERVE BETTER!
People who die by suicide or drugs are not a statistic, they are real people, they are cherished and they are loved.
Join the #WeDeserveBetter movement to demand a health system fit for purpose.

Philip McTaggart has campaigned for better mental health awareness since losing his son in 2003. After founding two leading mental health charities within Belfast, he founded Mindskills with the aim of tackling the stigma around depression and preventing suicide by intervening at the earliest possible stage.
www.mindskills.training