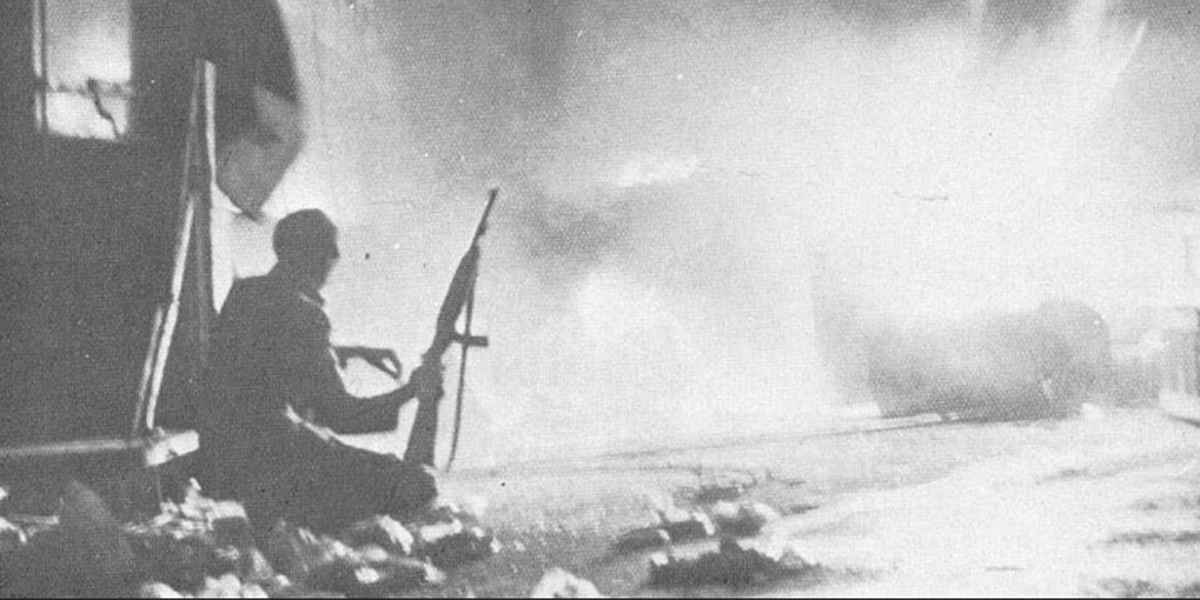 THE killing of an Official IRA man – who is immortalised in one of the most iconic images of the recent conflict – was “not justified” a new report has found.

Joe McCann was a legendary figure in the early years of the Troubles. The West Belfast man was shot by the Parachute Regiment in Joy Street close to his Market home on April 15, 1972.

On the evening of internment, August 9, 1971, Joe was pictured silhouetted against the burning flames of the Inglis bakery in the Market holding an M1 carbine and with the Starry Plough fluttering at his shoulder. It was taken during a gun battle with the British Army.

Now a new Historical Enquiries Team (HET) report on his death says: “Joe's actions did not amount to the level of specific threat which could have justified the soldiers opening fire in accordance with the Army rules of engagement.”

The Paras shot Joe several times as he ran away from police in the city centre, a team of detectives said. He was unarmed at the time.

Joe McCann’s daughter, Nuala, said: “The shooting of our father was not justified. It was unjustified.”

The report also stated that the review team was unable to question the officers present on that day.

“The lack of access to their identities has been a major inhibitor in being able to provide a full and comprehensive review of all the circumstances of Joe's death.”

Joe McCann's other daughter, áine, said that the police’s failure to reveal the identity of the RUC officers involved on the day was “shameful”.

“It has not been possible to question the Special Branch version of events because, incredibly, the RUC then and the PSNI now claim not to be aware of the identities of the two Special Branch officers who were following Joe that day.”

When a plaque was erected in the 1990s at the spot where Joe McCann was shot dead, republicans of every hue attended, such was the respect that the lower Falls man commanded.

Last April hundreds of republicans once more assembled in Joy Street for the fortieth anniversary of his murder along with his family. A parade assembled in Upper Stanfield Street in the Market  and proceeded to the plaque erected in 1997 by Colette Doran, Joe’s sister, above the spot were he died.