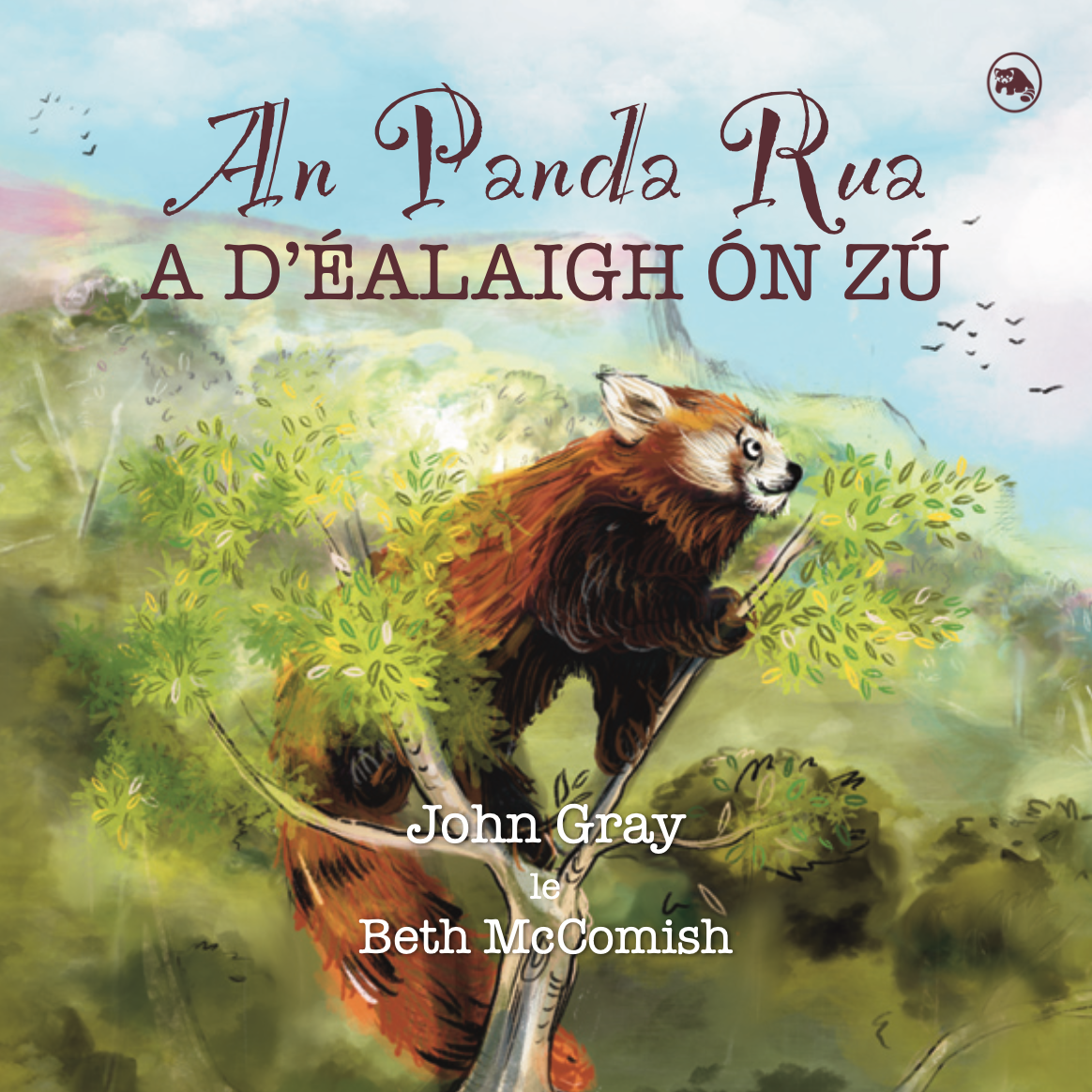 Published in both Irish and English, 'Red Panda's Great Escape'/'An Panda Rua a D’Éalaigh Ón Zú', is an imagined account of the endangered animal's adventure outside its Cave Hill enclosure.

In depicting the dangers and disappointments of the panda's journey, the author has raised pertinent "subliminal issues" including the validity of zoos, the hostility of some native animals to strangers (immigrants), and the hunting of animals of by unscrupulous individuals (who eventually get their comeuppance).

John said the issues "seemed to surface naturally and not in any preachy way".

The story is greatly enhanced by the wonderful full colour illustrations of Beth McComish which add a whole extra dimension to the book.

John – whose previous children’s books include 'The Day the Monster Came' and 'There are Dragons' – hopes his latest tale will prove an ideal story for young children as Christmas beckons.

"It has been a delight to return to writing for children again," he enthused.

He insisted that "we need stories that relate to the world in which our children live", and this story is identifiably set on the Cave Hill – though he hopes that it will have a universal appeal.

With a "significant cohort of Irish speaking children in Belfast," John said, "it is only right that they should be catered for". A high quality translation into Irish by Antain Mac Lochlainn has made this possible.

The book will be launched this Saturday (November 27)  at the Duncairn Centre, Antrim Road, at 11am, and at An Chultúrlann, Falls Road, at 2.30pm.

An Panda Rua a D’Éalaigh Ón Zú is published by Red Panda and both English and Irish editions are priced at £5.99.