Joining in the autumn feast on our doorstep 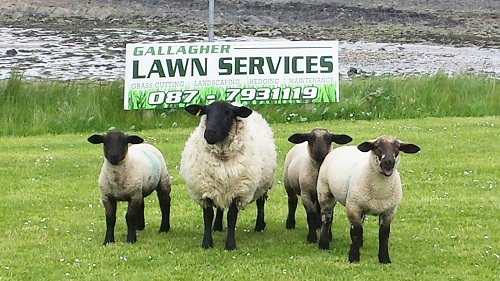 Dúlra’s thinking of getting a wee stall down St George’s market and he’s going to make a killing. Because he’s got a brilliant idea that will fly off the shelves. He’s going to call it Black Mountain in a Bottle. And as he learned this week, it’s not all that hard to make this delicious jam from the ripest blackberries our beautiful hills can produce. The toughest part was picking them. Dúlra hit the hills with just a plastic bag, determined not to return until it was full.

And so he walked the hedgerows in our unseasonable hot weather, picking fruit from their spiked stems as he went. The hedgerows on our mountain must be among the wildest in Ireland. No livestock feed here and the hedges encroach more and more into the fields as each year passes. And of course, you’ll never find yourself really alone at these hedges. Bullfinches were his favourite companion, probably aware that Dúlra was stripping their winter’s provisions. This bird loves blackberries, as do blackbirds and thrushes.

Long-tailed tits too followed him – but for the most part, the hills were quiet. At this time of year birds behave like people after their Christmas dinner who just want to plant themselves in front of the TV while the digestive system does it work. Our birdlife is never in better shape than in September. They’ve successfully bred and our hedgerows are stocked like the aisles of a supermarket. What will they eat today? Blackberries? Raspberries? Rose hips? Haws? Ash keys? Oak acorns? They’re all available and you don’t even have to fly off to find them.

And so the birds lie low and build up fat reserves for the tough times around the corner. In an hour the plastic bag was full and Dúlra headed home, his smeared red hands like a serial killers! The recipe book was for 3lb of blackberries – and when Dúlra measured his haul it was, by coincidence, 3lb!

Dúlra remembers his mum making jam – in our house it was always gooseberry as a neighbour's bush used to hang over our garden and it would be plucked bare every autumn. But Dúlra never did fancy the tart fruit – but sweet blackberries were a different matter. The recipe couldn’t be simpler. He piled them into a pot, brought them to the boil and added vast amounts of sugar. He’d already cleaned a handful of old jam jars.

Then when the boiling mass of mushed berries began to harden, he poured them into the jars and into the fridge. It filled seven jars – at this rate it will take a while to be a millionaire. But these aren’t for sale. This Black Mountain in a Bottle is delicious and precious. Just like our hills.

Hello Dúlra, thought would might be interested in this wee animal I came across in my back garden – in my mop bucket! I released it in a river that runs behind my home towards Springmartin. It think it’s a common lizard? Joe French, Dermott Hill Way.

Dúlra writes: That’s a great find – and even a bit frightening! It is indeed a lizard, our only land reptile. The young are born in September, so it’s the time of year that we are most likely to see them. Although what it was doing in your mop bucket is anyone’s guess!

I saw an osprey last year at Ballyliffen, Co Donegal. The RSPB said it was probably a juvenile from Scotland. It was about 200 yards out to see with a slow wingbeat. It looked exhausted. G O’Brien.

Finally, this hilarious picture was sent in by reader Fergal Prenter who was also in Donegal. “It was taken at Whitestrand soccer pitch just outside Rathmullan,” he said. “To tell the truth I’d like to thank my sisters Sinéad and Maeve for rounding the sheep up for the pic!”