JUDE COLLINS: Southern antipathy to change must be challenged 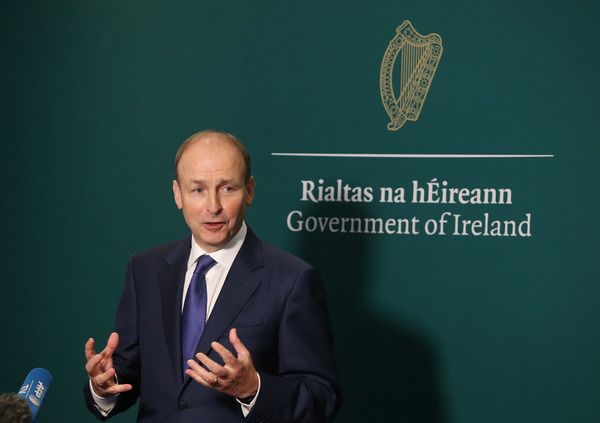 ANDREW Trimble is an interesting man. He’s a unionist from Coleraine who also happens to have played rugby for Ireland. He gave an extended interview recently, in which he expressed disappointment at the overwhelming numbers of people from the south who said they wouldn’t be willing to change the national anthem as part of negotiations on a united Ireland.

It’d be easy to underestimate this resistance to change; it’d also be easy to overestimate it. Underestimation might  take the attitude “Big deal – so the south would prefer the anthem they’re used to.”

Well, now. Maybe it’s a straw in the wind, a sign of general southern intransigence. Just as a certain kind of unionist glories in “our wee country” in the north, likewise there are people in the south who’ve got used to the tricolour, Amhrán na bhFiann, and  referring to Louth as the north-east of the country.  That’s what a hundred years of partition does – it edges people gently one way until they see it as the only way. Change our national anthem, that we’ve known and loved for so long? No chance.

It’d also be easy to over-estimate it. There was a time when Amhrán na bhFiann didn’t exist, was not Ireland’s national anthem. Did that mean Irish people were less patriotic? History tells us differently. We choose the symbolism that represents what matters to us; we shouldn’t let the symbolism sit on us and smother us.

Thanks so much to Freya for capturing this conversation so well. I don't claim to be a politician and in many ways I'm not qualified but I'm still keen to share what I believe is a growing perspective. https://t.co/jUls9QTZ5O

Andrew Trimble’s family are middle-class unionist. They’ve always voted UUP, because, well, because like many middle-class unionists, they find the periodic outbursts of bawling and right-wing rage from the DUP and the TUV an embarrassment. This middle-class tranche of voters is exceptionally important. They are open to argument and persuasion, and on them the outcome of any border poll will probably depend.

Trimble also notes that many southerners never visit the north. Nail on head. if I were a southerner I’d probably not visit it either.  I’d see it as a hard-nosed, grim sort of place, where there are demonstrations, crises, governments that frequently collapse. As for things to do or see, take out the Giant’s Causeway and maybe the Titanic Tour, and what’s left? Not much.

Those of us who live here know that they’re wrong. We know that the Glens of Antrim,  the Mountains of Mourne, the Sperrins are breathtakingly beautiful, and that while some of us northerners may lock horns too readily, we also are instinctively friendly and warm towards visitors.  If Micheál Martin were even half-serious about a ‘shared island’, he’d arrange it so that southerners had  real incentives to visit the north (subsidised hospitality) and eat and drink in its many delights. But Micheál has his eye out for the remaining nine months of his tenure as Taoiseach, and would rather keep any northern initiative timid and small-scale. Anything else would run the risk of major change in the south’s  political system.

At the same time, Micheál doesn’t want to be seen as inward-looking, so he’s harrumphed about the Ukraine and has even suggested the south should consider possible change  in its traditional neutrality.  Like quite a few southern politicians, including the President of Ireland, he’s much more comfortable addressing issues that are far, far away, and rather less good at addressing those in the country called Ireland, which by the way runs from Malin Head to Mizzen Head and from Galway to Newry.

Instead, Micheál chooses to talk about ‘Ireland’ when he’s actually talking about the twenty-six counties, and to talk about a possible citizens’ assembly to address the question of neutrality.

Psst, Micheál: like charity, patriotism begins at home. When you’ve addressed the opportunities that a sovereign united  Ireland would provide, then and not until then will your words on Ukrainian sovereignty have earned a hearing.