Kerri Ann in limbo as she faces long wait 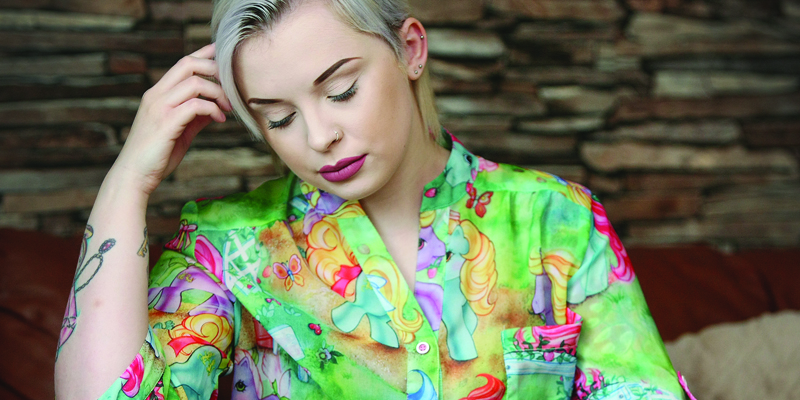 A YOUNG Newtownabbey woman who suffers from suspected multiple sclerosis (MS) has said that “nothing in her future is certain” as she faces a possible two-year wait for treatment.

24-year-old Kerri Ann Flanagan had suffered from bouts of paralysis and pain for around five years before optic neurosis claimed the sight in one of her eyes in April.

After years of misdiagnosis, Kerri Ann was eventually referred to a neurologist and an MRI scan showed a number of symptoms linked to MS.

The MRI uncovered 10 lesions on Kerri Ann’s brain and instances of demyelination – where the cover on the nerve cells on the brain is worn away, leaving them exposed to further damage.

Despite the severity of her condition, Kerri Ann could be faced with a two-year wait for treatment, and she said she’s “absolutely terrified”.

“That worry and that fear has caused me so much extra stress and anxiety,” she said.

“The waiting lists are adding pressure to people who are already dealing with so much. I just feel like nothing in my future is certain any more. I had so many ideas of things I wanted to do, I was planning on getting married to my fiancé, and now I just feel like my life is on hold. I’ve been suffering from the symptoms for about five years. It has gotten worse in the last two years, especially with the pain.

“When I went to A&E with the paralysis they told me it was a migraine and sent me home.

“It was awful because I knew that it wasn’t the case – I knew there was more to it. You know your own body. It was really frustrating and I felt that because of my age I was constantly being dismissed.

“They were saying things like ‘Somebody your age wouldn’t have’ whatever, but there are plenty of young people who suffer from things like MS. It’s really important that they start to realise that. It was frustrating to be treated that way.”

As well as suffering some of the most debilitating symptoms linked to MS, Kerri Ann told how her condition impacts on her mental health.

“Since I took really ill in May and lost my sight it’s gone really downhill from there. So many symptoms keep flaring up. There are days I can’t get out of bed. It’s very unpredictable. I don’t even want to leave the house because things can change so fast. I could be fine one minute then in and hour I could lost the ability the to walk, I could fall, or my speech could be slurred. It makes me very self-conscious as well. I have had people ask if I’m drunk or on something else. I shouldn’t be embarrassed, but it’s so difficult to explain. It has just made my life so hard. My mental health has suffered terribly, not just because of the MS, but because of the pressure of the wait on an appointment. There are lots of people with different health problems, serious health problems that are in a similar situation. It’s not acceptable.”

Kerri Ann’s mum, Kim Flanagan, said that underfunding of the NHS was exacerbating her daughter’s condition.

“In 2016 there was an MS specialist in the Royal [Victoria Hospital] who has come out on a number of occasions and said that his patients were waiting 16 months to be seen, that it was unacceptable and that it was endangering they’re health,” she said.

“He said that it was down to cuts in budget. Kerri Ann will wait 12 months to see a neurologist, and then it could be a further six months or more for and MS clinic. That’s almost two years before you get a treatment plan. She has been paralysed in both legs and one arm. She has had trouble swallowing, chewing and talking, feeling like she’s on a boat or that she’s drunk. They are all symptoms of MS. She ticks so many of the boxes. We’re talking one to two years by the time a treatment plan is in place, during which time that demyelination in the brain will continue to wear away at the covers on her nerve cells – it’s more irreparable damage. Why can’t the government get back together and do something? Northern Ireland has one of the highest rates of MS in the UK, especially amongst women, and the Assembly aren’t even sitting. They are failing the people. We don’t want this publicity, but it has to be done.”

A spokesperson for the Belfast Trust said: “The patient is waiting for an urgent appointment at the MS Clinic where there is currently a five month waiting time. She will see a Consultant Neurologist specialising in Multiple Sclerosis at this clinic. The patient will not have to wait 12 months to see a Neurologist before that appointment.”