Laughter of our children can be heard 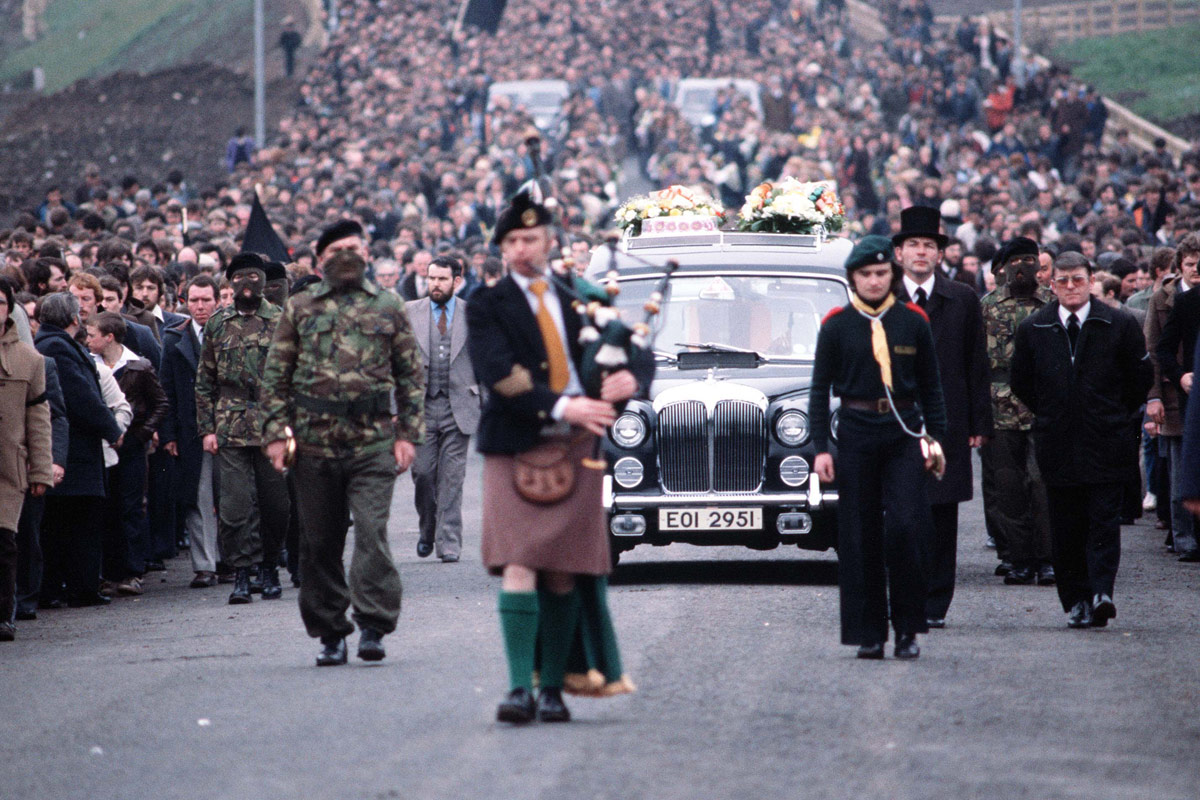 Commemorations marking the 30th anniversary of the 1981 hunger strike draw to a close this weekend.A number of events will be taking place to mark three decades since the hunger strike – which left 10 men dead – was called off on October 3, 1981.  The biggest event of all is a memorial run through West Belfast on Sunday – the Run to Remember.

Séanna Walsh, who was a close friend and comrade of Bobby Sands, spoke to the Andersonstown News about the run.

“The idea behind this is to round off the anniversary commemorations in a positive way,” he said.  “The run is open to anyone, and if you don’t want to run, you can walk, it’s really all about taking part.  We will leave the republican memorial in Twinbrook at 11am on Sunday and run, or walk, through West Belfast, taking in the roads outside Joe McDonnell’s house and Kieran Doherty’s house.

“The run will finish back in Twinbrook where we will be giving out commemorative T-shirts and medals before unveiling a mosaic of Bobby Sands.”

Séanna says hundreds are expected to turn out for the run and he is hoping to see lots of young people participating in not only the run, but other events taking place this weekend.

“We didn’t want the end of the commemorations to be only about the loss and suffering that took place in 1981,” he said.  “As Bobby said, ‘Our revenge will be the laughter of our children’, and with that in mind we have a number of youth-focused events taking place, as well as the Run to Remember.

“From 2pm to 4pm on Saturday afternoon there will be young ones from the Falls and Clonard area taking part in  street drama on the Falls Road, they will be acting out scenes from 1981. They put this together themselves and it is a welcome addition to the commemorations. We also have the Pat McGeown five-a-side tournament this weekend in the Falls Park, which will involve over 60 kids.

“Many of these young people are aged in their teens, the same age a lot of people were when they became involved in the republican struggle.  It’s always good to see young people taking an interest in their history, that was evident at the National Hunger Strike Commemoration recently when thousands of young people turned out for the event in Camlough.

“Locally, we are encouraged with the extent of youth involvement in commemorations as it shows that the memory of the hunger strikers is still able to mobilise, move and motivate young people 30 years on.”

The Run to Remember trophy presentations will take place on Sunday night at the Felons, followed by a talk, ‘The Road to Political Status’, delivered by West Belfast Sinn Féin MLAs Pat Sheehan and Jennifer McCann.

Anyone interested in signing up for the run should contact Chris on 07834545730 to ensure they get a T-shirt and medal.  Participation costs just £10 which goes to the Belfast Hunger Strike Committee. Alternatively you can turn up at the republican memorial in Twinbrook on Sunday at 11am.