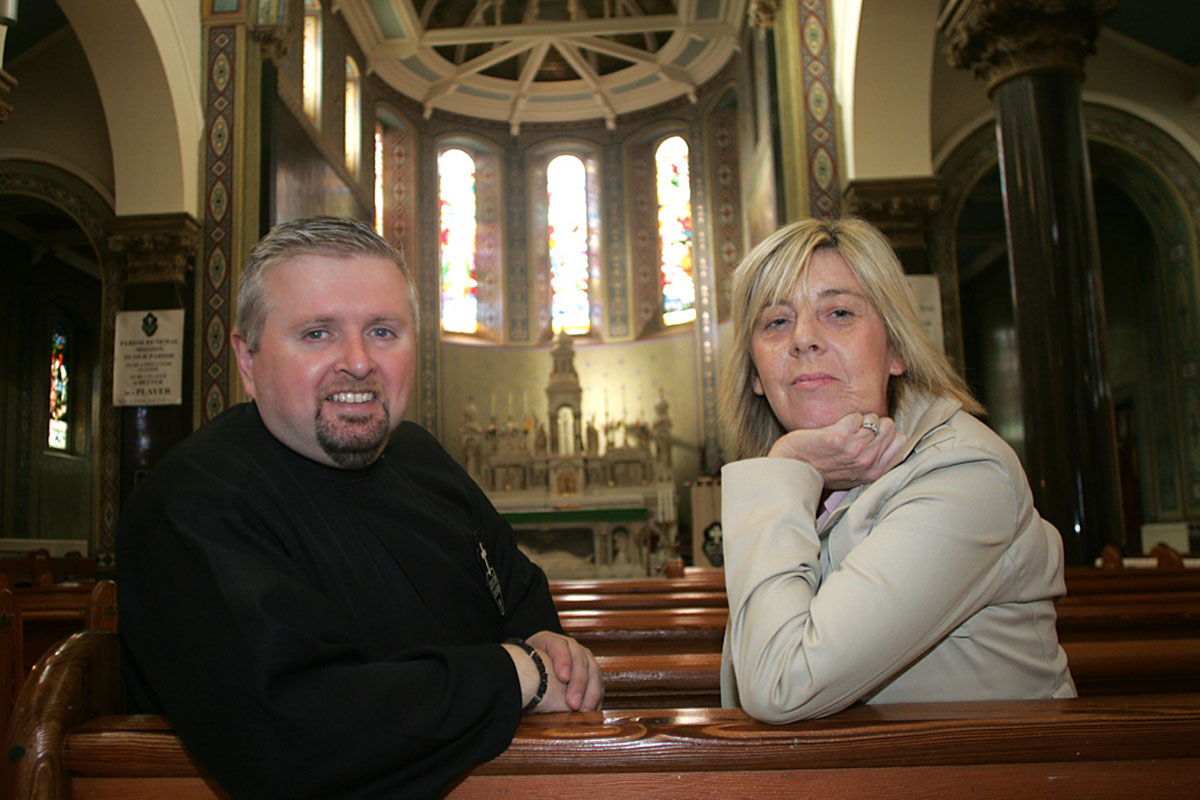 After an eight year absence a six day laity-led mission returns to a North Belfast parish this week. The Lay Passionist Mission in Holy Cross Church, which begins on Monday (September 12), is based around six, hour-long services which are led by lay people, many of whom have been through difficult times in their lives.

In past missions cancer sufferers and former drug and alcohol abusers have addressed the mission and spoke of how they returned to the church after losing their faith.

Holy Cross parish priest Fr Gary Donegan says this time speakers will have similar backgrounds and he is encouraging as many people to come along to the services to hear what will be said.

He is keen to welcome people who may have lost their faith and have stopped attending church.

“We are inviting people, particularly people who have been away from the church for a while, to come and hear other people’s testament about how they found their way back to the church,” he said.

“The speakers have come from all different backgrounds and are people who have fallen away from faith and people who may have been anti-church but through difficult or challenging times they have found their way back to faith and they want to share it.”

Fr Gary said that since the last Lay Passionist Mission was held in Holy Cross in 2003 the Catholic church has been through difficult times.

The scandals over child sexual abuse have led to a fall in the number of Massgoers, but Fr Gary says the lay-led Mission offers a chance for people to return to the church in a different environment.

“Eight years has seen many challenges including a fall in numbers of people practicing their faith and this is an opportunity to revisit their own faith. We operate an open door policy where someone who hasn’t been to church in a while is offered the same welcome as someone who comes every week.”

He added that the event will tie in with Holy Cross’s ongoing plans to set up a lay pastoral council.

“It is about giving the laity a real influence in the church, not just a nod of the head, but actual roles. When you consider the very small percentage that the clerics make, the church really is the people of God.”

One of the speakers at the Mission will be Bernie Montgomery, the founder of Alliance Avenue-based cancer care charity Cancer Lifeline.

Twelve years ago the mum of three set up the charity after she was diagnosed with breast cancer. At 38 she was given a 16 per cent chance of survival and following a double mastectomy and intensive chemotherapy she felt isolated and with no-one to talk to.

Fr Gary says the support she has provided to cancer sufferers after setting up Cancer Lifeline is something that will be an inspiration to anyone who attends the Mission.

“Bernie is a survivor of cancer and is someone who has spent a number of years supporting people through Cancer Lifeline. Talking to people and to families and giving people the opportunity to be able to come and talk in a non-threatening forum is something she has helped provide and that is a powerful story. In the past there have been speakers who have had their own personal struggles and this time will be no different.”

The Lay Passionist Mission at Holy Cross Church begins on Monday (September 12) at 8pm and continues each night until Saturday, September 17 when the final service is preceded by a Mass at 7pm.