Leading economist to give talk on Brexit and a united Ireland 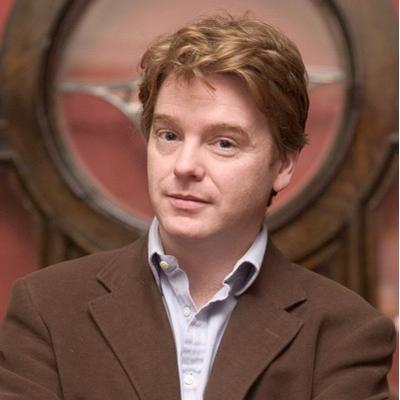 LEADING economist David McWilliams will be speaking at a Féile an Phobail event tomorrow on Brexit and its implications for the ending of partition.

Mr McWilliams is an economist, author, journalist, documentary-maker and broadcaster. He is Adjunct Professor of Global Economics at the School of Business ,Trinity College Dublin, and is ranked the 10th most influential economist in the world.

Speaking ahead of the event, Kevin Gamble, Director of Féile an Phobail, said: “Féile an Phobail is delighted to welcome David McWilliams to St Mary’s University College on the Falls Road ‪this Thursday evening‬‬‬ for what promises to be an intriguing discussion with William Crawley.

“David is an authority on the Irish economy and his views on Brexit and a united Ireland are particularly relevant at this time as we are living witnesses to the incredible political upheaval which Brexit is causing.

“As well as writing a weekly economics column in the Irish Times, he is active on social media and was named Ireland’s Most Influential Twitter User in 2016.

“David has written four bestsellers and he will be launching and signing copies of his new book, Renaissance Nation, at the Féile event ‪this Thursday night‬‬‬.

“David has worked extensively in the public and private sectors. He was an economist in the International Relations Department of the Irish Central Bank; Chief European Economist at UBS; and Head of Emerging Markets Research at Banque Nationale de Paris.

“He will provide expert analysis of the current political and economic situation and how he sees all of this developing.”

Kevin continued: “The event ‪begins at 7pm this Thursday‬‬‬ in St Mary’s University College. It is free admission to all and no tickets are required.

“We advise all those attending to arrive early as we expect a capacity audience.”