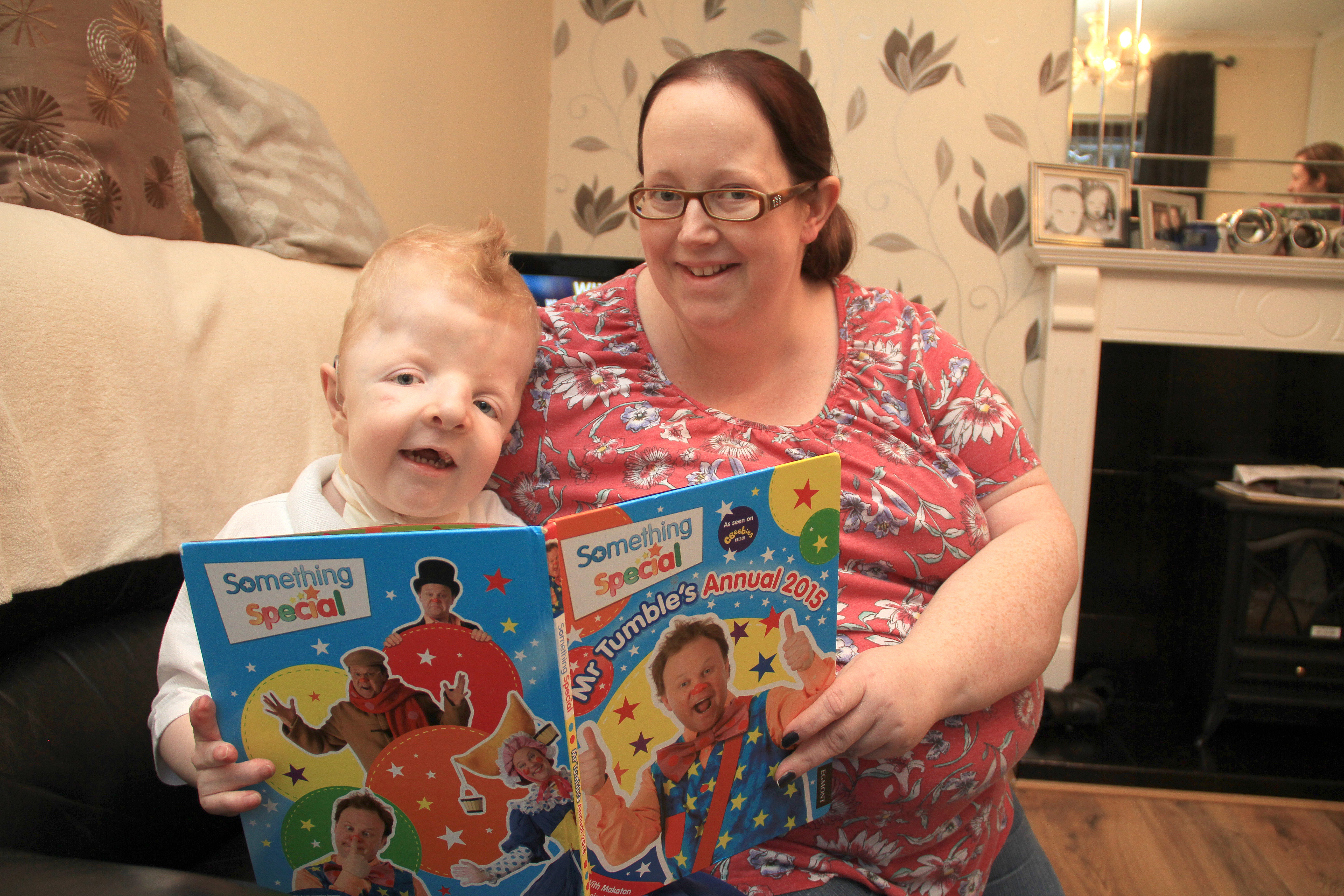 BORN on a Friday and diagnosed with Apert Syndrome, hospital doctors told the family of Fleming Fulton boy Dáire Flanagan he wouldn’t live to see the end of his first weekend.

Now six years old, Dáire is flourishing, after an incredible year at Segal House, his Mencap nursery, helped set him on his life’s journey.

Dáire’s mum Colette says: “It’s only now when I take a step back and things have calmed down that I look at Dáire and I am amazed at how far he has come, he has been through so many operations in his lifetime and he is just such a happy and positive wee boy.”

On arrival at his Mencap nursery, aged two, Dáire had spent so much time lying prone in a hospital bed that he hadn’t learned how to sit upright, but when he left, he walked out of the building with his mum, Colette.

Colette continued: “I cannot praise the staff of Segal House enough, they came to our home to get to know Dáire and the family before he joined them, they didn’t have to do that but they wanted to make sure he wasn’t afraid or nervous, they really went above and beyond for us.”

Doctors said he would never talk, but Colette vividly recalls her flood of tears on the summer’s day when she told him she loved him and Dáire replied “I love you too.”

She said: “I cried tears of joy when Dáire told me he loved me and he’s come on so much since that day, his wee sister Clódagh understands almost everything he says now, he can also sign using Makaton.

“Clódagh is so protective of him, she brought him into her nursery class one day and some of the other children were a bit wary of him. She just put her arms around him and said ‘Everybody, this is my brother Dáire and I love him very much’ – that was that all the other children came over to play with him.”

Dáire’s tally of medical surgeries now stands at over thirty, with a life-saving head operation one of eight surgeries he had to undergo in 2015 alone.

Colette said: “After Dáire’s head surgery he had to wear a metal frame around his head for months. At first he hated it, he would try to pull the frame offM then we decided to name it, so it was then known as ‘Freddy the Frame’ and he thought he was really cool. He was supposed to keep Freddy on for four months but it was interfering with his balance and he fell over quite a few times, so it had to come off after two months.”

Having spent so much time in intensive care units in hospitals, Dáire’s time at Segal House allowed him to get used to having other children around and he’s now progressed to Fleming Fulton School in South Belfast, where his education and development continues.

He now loves school so much that if he’s too ill to go into school mum Colette has to pretend it is closed so he doesn’t feel like he’s missing out.

“We are so grateful to the school for everything they have done for Dáire, he has two to one care which means he has two staff members with him, this is because of his breathing tube. There has to be someone trained with him at all times in case there is a blockage in it.”

Colette also praises her family and her husband Barry’s family for the help they get with Dáire.

“My mummy is trained to look after Dáire, she has been trained through the Community Nursing team on CPR, suction, oxygen therapy, the removal of his trachi (tracheostomy) and how to unblock his tubes.”

Colette adds: “Dáire gets a lot of attention, usually positive but unfortunately sometimes it can be negative.

“He thinks everyone is looking at him because they want to play with him. He’s just a normal six-year-old and if any children have questions about Dáire when we are out and about we are more than happy to answer them.”

Colette says that Dáire is “absolutely loving” the attention he has been getting these past few days and keep checking her Facebook page to see the latest posts.

Colette insists Dáire began his amazing journey at Mencap’s Segal House and their family will always be grateful. That’s wy they’re encourage you to take part in the DeepRiverRock Belfast City Marathon in May and to #DoIt4Mencap.

Mencap is the official charity partner of the marathon from 2016 to 2018 and have recently opened their new Mencap Centre in Newtownbreda offering state of the art facilities for children like Dáire.

The charity are calling on people to walk, run, relay or wheel for Mencap to allow them to raise funds to expand their family services so even more boys and girls like Dáire can be helped.