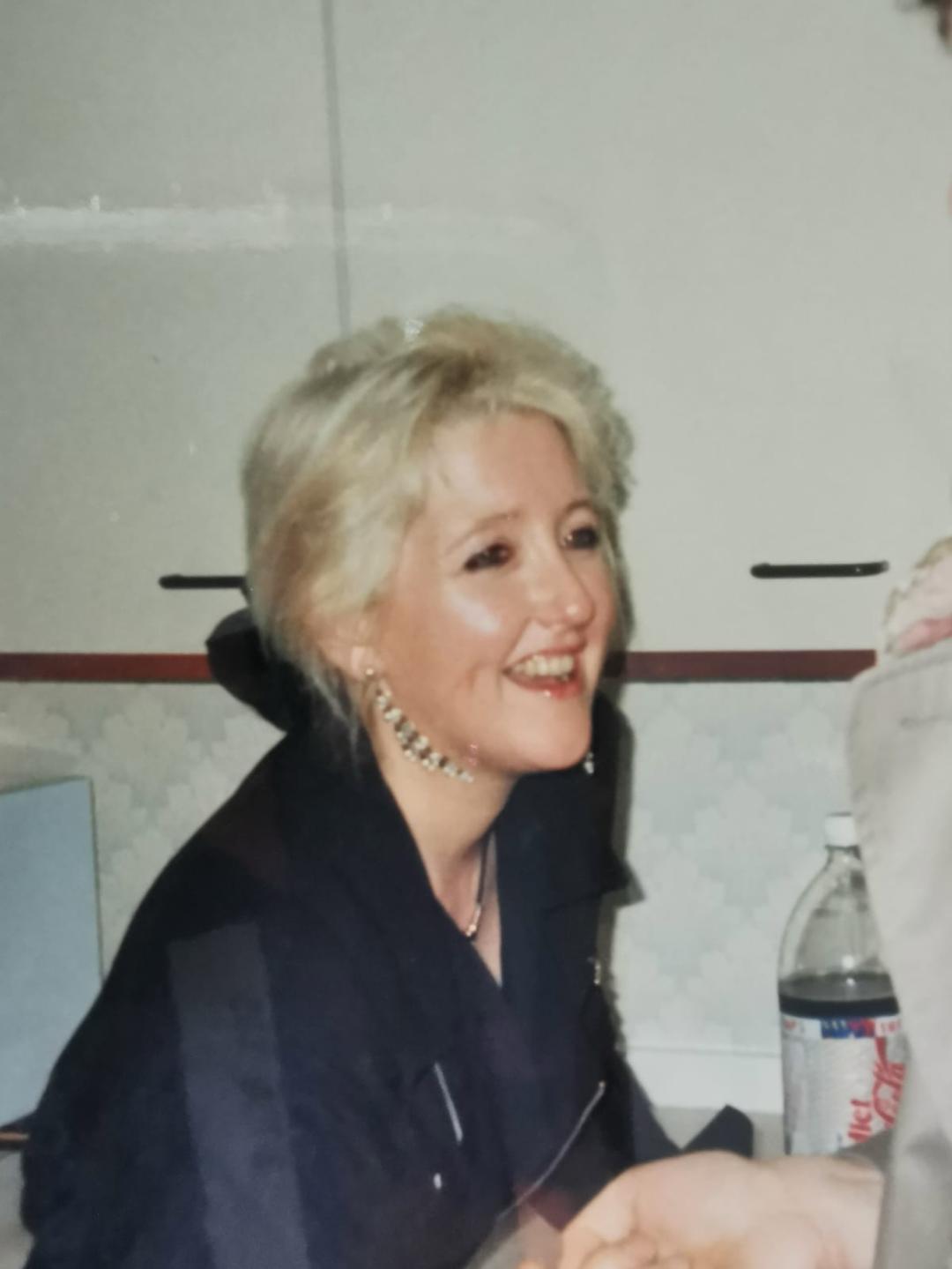 CAROL O'CALLAGHAN:: “She was like a sister to me”

Carol grew up in Cavendish Street, off the Falls Road before moving to the Glen Road. She worked in London as a barmaid and also back home in McEnaney’s.

Her niece, Julie Guilar said Carol was more like a sister to her than an aunt.

“Because there wasn’t much between us, she was like a sister to me. We spent a lot of time together.

“She took me to my first gig. She bought me my first drink and probably done other things you’re not supposed to do!

“She was a character and even a bit of a mad woman at times.

“She never married but must have been engaged four times, maybe even five,” joked Julie.

Carol was a fighter and battled throat cancer two years ago before receiving the all-clear. However, her cancer returned and she spent much of her last months between Our Lady’s Care Home, the hospital and the Hospice.

Julie described her battle with her illness as an “inspiration” to the rest of the family.

“There were days where doctors didn’t think she would make it but Carol rallied back time and time again.

“She was so brave and known as the baby of the family, she showed the rest of us how to cope. She was an inspiration.

“Before she died whilst she was in hospital, she told doctors and nurses that she had had enough medication. She always said it how it was.”

With restrictions on wakes and funerals for the deceased due to Covid-19, the family plan to have a “big party” in Carol’s memory in the near future.

“We are a strong family and we will get together to celebrate her life when this is all over. We will all wear pink because that was Carol’s favourite colour.”

Carol was the beloved sister of Gerard, Noel, Kathleen, Jim and Richard and a cherished sister-in-law, aunt, great aunt, cousin and friend and confidante to all the family.

A family notice read: “As much as we are heartbroken we know you are at peace with your mum and dad and those you loved in life.

“We love you now and forever and you will never be forgotten. St Martha pray for her.”