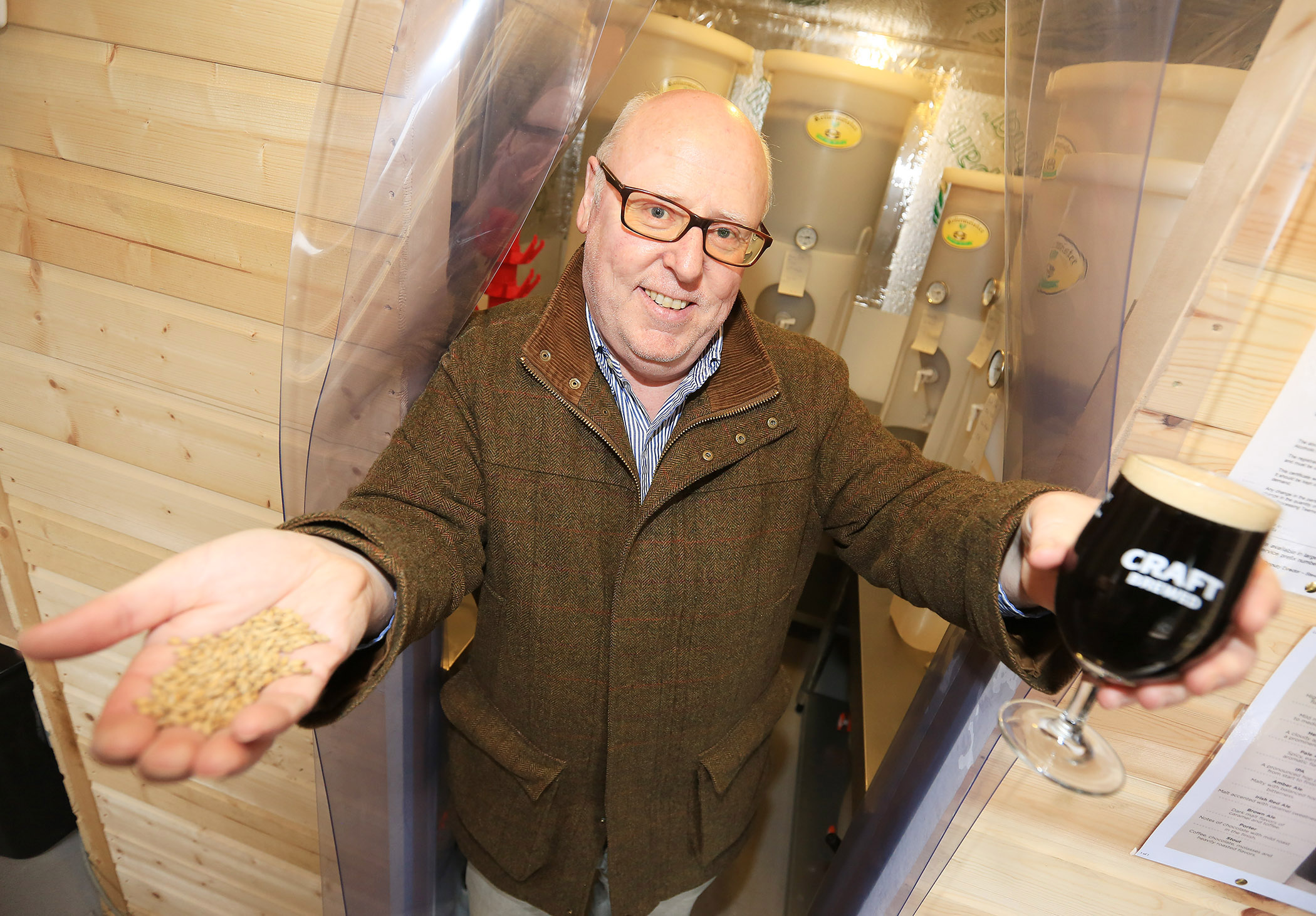 “BEER is like cooking, it’s all about trying different recipes,” says Speckled Hen proprietor Martin Caldwell, who is about to launch his own Black Mountain Brewery ales and lagers.
“The smallest breweries are labelled as micro, well ours is nano, it’s even smaller,” he laughed.”

The popular Derriaghy pub, which has collected a host of awards since it was rebranded and bought over by Martin and his family, will soon be offering its patrons a sup of homebrewed Mountain Dew black lager, Divis Diva strawberry beer, Lambeg Willie honey porter or Derriaghy Darling cream ale.

“What we are trying to do is go back to local beers for local people,” explained Martin. “A pub like this, dating back to 1660, would’ve had its own brewery at one time, it’s about bringing that feature back to the bar.”

With the Black Mountain as the public house backdrop and the canisters, kegs, hops and recipes stored in their own specially built brew hut, Martin and colleague John Dingwall have been busy onsite “coming up with a lot of different combinations”.

“Our capacity is probably about 200 to 300 litres a day, it’s roughly a tenth of what the micro-breweries are doing. Our Divis Diva is a strawberry beer and we have been adding pineapples and raspberries to the Derriaghy Darling and so far it seems to be the black lager that is standing out the most as we’ve had some really good comments about it.”

Martin says there’s a new and growing willingness among punters to “try something “different” and the Speckled Hen, famed for its impressive selection of craft beers and ciders is only too happy to satisfy that demand.

“The sales of craft beer are up by 35 per cent. It’s all about choice, flavour and quality. A lot of the core brands of beer, the really big names, taste the same. They are chilled as cold as possible and the colder it is the less flavour you taste. Choice for us is important as we want to give our customers the broadest possible range.

“Myself and John are brewing in a simple way, it’s like being a chef really and it’s not going to be break-the-bank stuff, the quantities we are producing are very manageable.”
Customers will be able to sample the Speckled Hen’s home brews from May as tasting sessions have going very well.

“We’ve loads of volunteers who want to taste the beer, don’t worry about that,” laughed Martin – “we’ve no shortage of them at the moment.”