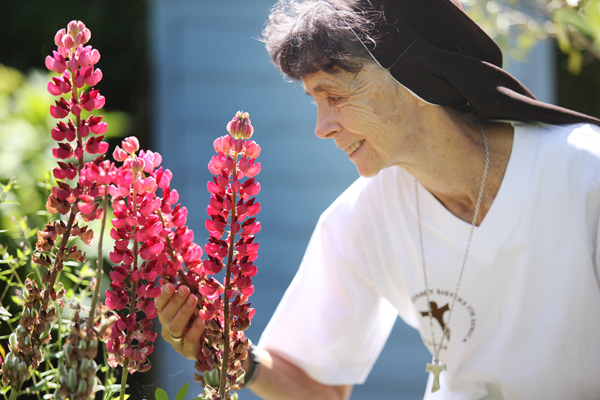 A missionary nun from the Cliftonville who has worked in Kenya for almost 30 years in the shanty towns of the country’s fourth largest city has spoken of how an increase in crime is beginning to affect her work.
Sister Patricia Speight is the director of the Nakuru Love and Hope Centre – a clinic that provides support to poor Kenyans with AIDS and cancer. Speaking to the North Belfast News in her first trip home in two years the Franciscan Missionary said new problems are developing all the time.

“We have just finished our strategic plan to work out what the new needs are and an increasing problem is affecting the younger generation,” she said.
“We have 120 young people who come to us who are HIV positive from mother to child infection. We are also looking at the age group of 13 to 24 because we can’t believe the number of 13-year-olds who are pregnant. They are lured into it because they have no money.”
Grinding poverty is increasing prostitution and, as a consequence, pregnancies.
“If a girl brings the man to the girl’s house, he will give her 200 shillings – around £5. If she goes to a brothel he will pay 500 because there’s more privacy. But there’s so much of this going on and we are only really learning about it now. These girls are just children themselves and then they get pregnant.”
This problem is compounded by the traditional problems, she says.
“Cancer is a big problem but HIV is still there and there’s a lot of stigma around that still. People even stigmatise themselves and won’t take their AIDS drugs so we are dealing with problems like paralysis from the strokes and complications that come from that. We are now looking to open up the programme to provide day support so we can provide treatment to people who need physiotherapy.”

Love and Hope also runs economic empowerment programmes to ensure people are adequately equipped to make a life for themselves but the security situation in Nakuru is still in turmoil because of groups like Al Qaeda who have a presence in the city.
“Outside churches and shops you have to get your bag scanned before you are allowed in. It’s quite bad.”
Sister Patricia is back in Ireland to update local parishes on her work and appeal for funds.
The Love and Hope Centre is funded through charity and, because of the workload, is always in need of cash despite having strong links with Irish charities such as Trócaire.
“The programme operates in the Kaptembwo and Baharini slums and currently the programme reaches out to the infected and affected children of less than 18 years through the integrated community approaches so any money we get is vital for our services. Charities now want to see outcomes so you have to run organisations like ours professionally. The problem with that is you have to hire people who can carry this out and that costs money. People are so generous here in Ireland and their money really does make a difference.”
To donate to Love and Hope visit www.loveandhopecentre.org