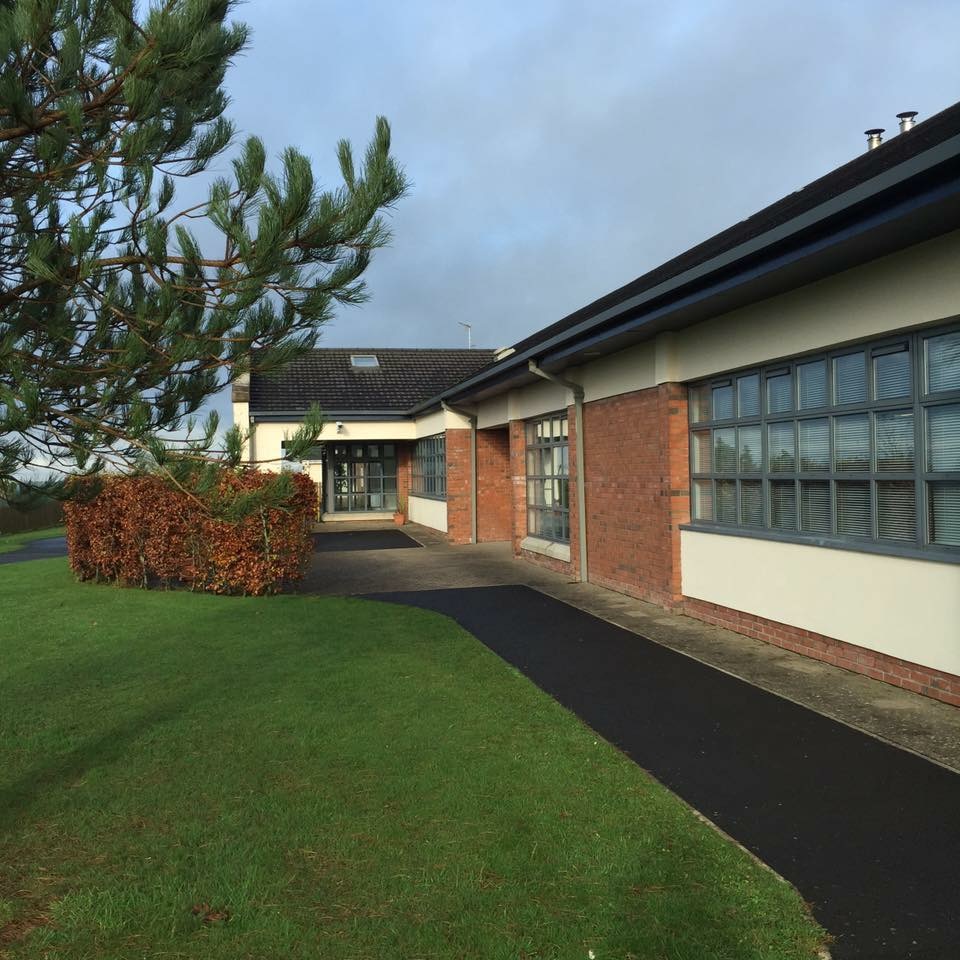 THE rise of the online quiz has proven to be a huge addition during two months of lockdown with friends and family joining Zoom meetings to stay in touch and spend some time together whilst remaining apart.

While this mode of communication may have seemed alien several months back, it has become a huge feature of recent life and that has also extended to work and school life with various conference calls and online lessons set up.

For the sport-mad pupils of Ballymacward PS on the outskirts of Hannahstown, this was taken to exciting new heights last week as on Thursday night, pupils and parents logged into a Zoom quiz that was to exceed all expectations.

“What we’ve noticed is that initially, kids being at home was great as it was a novel concept and they were doing some work from home and it was all great,” explained teacher, Mickey McCullough.

“We were then getting some messages from parents who were saying they were struggling a bit as kids were less happy to sit down as they wanted out to play and do things outside.

“When you’re a kid, you’re probably more likely to obey your teacher than you are your parents and will listen to them a bit more.

“I was saying to our principal, Hugh Kennedy, that we should do a quiz and make it for families by making it fun, interactive and bring a bit of a social element back into it where everyone gets to see each other again.

“We’d been doing some things online with them, but for kids, school is as much about their social development as their education and we’ve been losing that.”

The teachers brainstormed how to make such a quiz fun and engaging for those taking part, so they divided up the tasks with picture rounds, movie rounds and of course, there was a sports’ round to include.

Instead of writing the questions themselves, McCullough put out the call for sports stars from the GAA world and beyond to send in videos, quizzing the pupils and the response was beyond all they had hoped for.

“I sent out a message to a couple of people saying we are doing this quiz with a sports round as the kids are all sports-mad - a lot of them are playing with Lámh Dhearg - and the response we got was phenomenal,” explained McCullough who is also senior hurling coach of Dublin club, Ballyboden, St Enda’s.

“We ended up with 24 people replying with questions for them and we had so many, we only put out 10 to start with and have more for next week.

“Even last night (Thursday) the phone beeped and there was Liam Sheedy, Tipperary hurling manager, who sent another one so we can put that one straight in.

“Peter Canavan, Noel (McGrath) and Anthony Daly were only too happy to give up their time and it’s nice to recognise that because you only ever end up hearing the bad stories about people.

“This was a throwaway text to some people I may have only spoken to once, but they ended up sending the videos back to us.

“There are only a few of us in school each day to look after the kids whose parents are essential workers, but all we’ve heard today is how excited the kids were to see these players, so it has given everyone a lift.

“The Pizza Co. came on board and put up prizes for them too, so it turned out to be a real community thing in the end.”

This isn’t the first time the Ballymacward pupils have encountered the Tipperary hurling stars as back in February when the Premier County travelled to Belfast to play Antrim in a challenge game that marked the official opening of Davitt Park, they welcomed the young Gaels to meet them and again, went above and beyond.

“When Tipperary came up last time, our kit man at Ballyboden is the secretary of the Tipperary Supporters’ Club and I said to him that if they were sitting about the hotel before the game would it be okay to bring some of the kids over the meet the players,” McCullough recalls.

“He got onto Liam and came back saying would we be available to head over for breakfast with the team, but they ended up being invited over to the pre-match meal, so Hugh and a few other teachers ended up bring them over and it was unbelievable how well they were treated. The players like Seamie Callanan and Jason Forde were bringing them their breakfast over and at the end, they were all presented with Tipperary jerseys.

“The result of it is that the kids are now out hurling every day and in the video Liam sent, he mentions that as did Seamie as they’ve all met them.”

It was a thrill for the youngsters as what they had expected to be a routine quiz turned into something they will remember for a long time.

McCullough agrees that it is heartening to see sports stars doing their bit during lockdown to help raise the spirits of the nation in a different way they’d be accustomed to on the field and such was the response, the Ballymacward pupils will have a second quiz this Thursday with more star guests popping in to assist.

“We only thought we’d do one, but with the amount of sports stars who came back, we could nearly have done a full quiz on that alone,” revealed McCullough who managed to arrange a special treat for one young pupil whose sporting passion is rugby.

“We’ve one kid in the school who’s rugby-mad so I had a contact for Stuart Lancaster (former England head coach and current Leinster senior coach) and he replied too, so it’s made that young lad’s year.

“I’ve said to other schools if they want the videos I’d send them on because we’re all used to seeing these fellas playing on a Sunday, but with that gone, here’s a chance to see them effectively come into your school.”