Man is cut from car after police chase on Glen Road 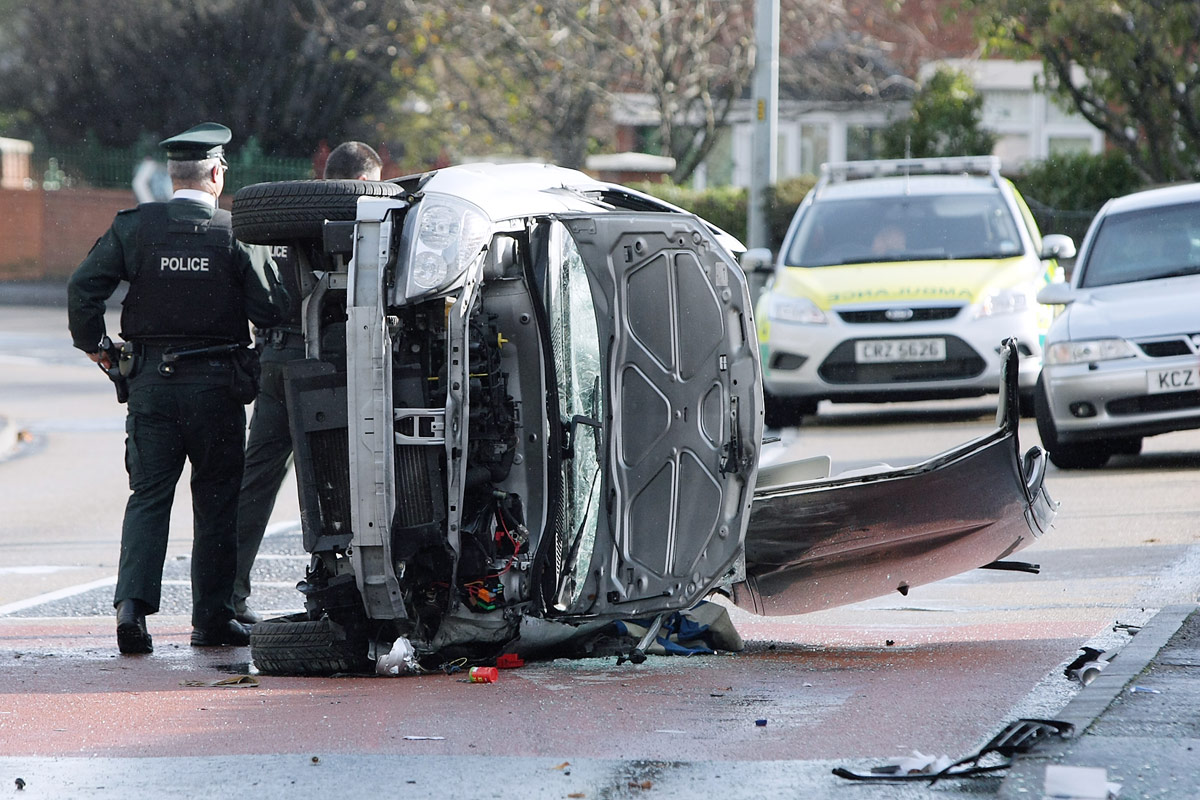 The driver of a stolen car had to be cut out of the vehicle when it crashed yesterday morning (Wednesday) on the Glen Road, just yards from a primary school.

The vehicle had been pursued by the PSNI’s Auto Crime Team who used a stinger device to stop the car outside St Teresa’s Church.

The car caused considerable damage, tearing into a lamppost and a traffic island outside St Teresa’s Primary School, before tumbling on to its roof and landing on its side.

An ambulance waited at the scene as the Fire Service cut the driver out of the vehicle.  His injuries are not believed to be life-threatening.

West Belfast Paul Maskey MP said someone could have been killed in the incident.

“It was only good fortune that no-one was seriously injured or killed this morning,” he said. “While I accept that the PSNI have a job to do and have been successful in reducing the incidence of car crime in West Belfast, I await the outcome of any investigation that will take place into the circumstances of this crash today.

“While the PSNI have a duty to pursue those they believe are involved in criminality, the safety of the general public must always be paramount. The incident this morning could very easily have resulted in death or injury to uninvolved pedestrians.”

The PSNI said a 24-year-old is helping police with their inquiries.

“Officers from the PSNI's Auto Crime Team have arrested a 24-year-old man following the pursuit of a stolen vehicle at approximately 10.30 this morning.

“He has been arrested for a number of motoring offences, as well as burglary, theft and failing to stop for police. He is currently helping police with their enquiries.

“Anyone who saw anything suspicious in the area is asked to contact police on 0845 600 8000. Or, if someone would prefer to provide information without giving their details, they can contact the independent charity Crimestoppers and speak to them anonymously on 0800 555 111.”