Martin’s dream of a united Ireland lives on 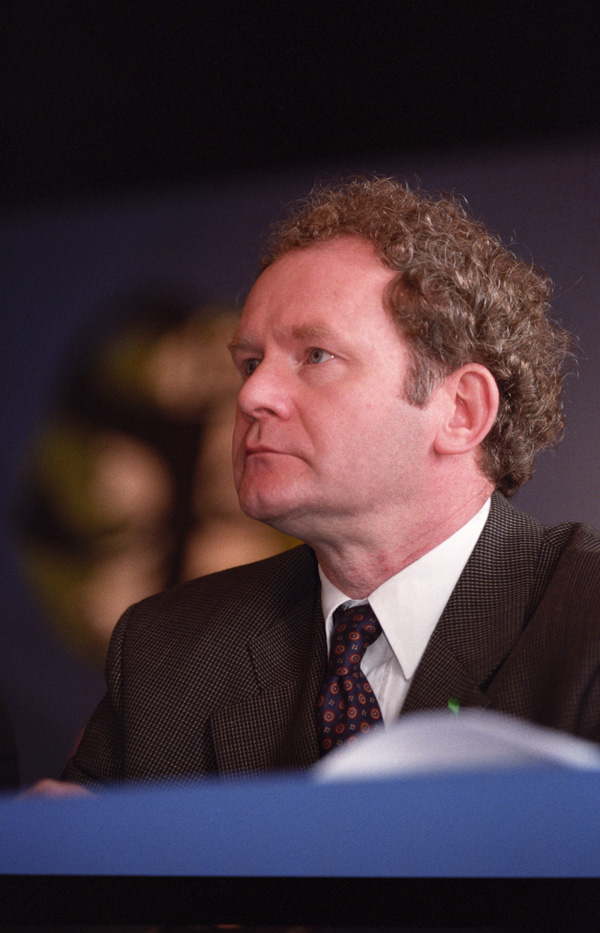 POLITICAL representatives in West Belfast have expressed their condolences to the family of Martin McGuinness following the death of the former Deputy First Minister.

Sinn Féin representatives paid tribute to their comrade saying his impact will be felt for many years to come.

Alex Maskey MLA said Mr McGuinness was a man of ‘immeasurable stature’ and gave so much of himself to the republican movement and to peace on the island.

“He is truly one of the greatest political leaders that Ireland has ever produced,” he added.

Fellow MLA Fra McCann thanked Mr McGuinness for his ‘commitment to equality justice and liberty’ commenting: “A true revolutionary that always led from the front, continuously taken courageous steps in advancing the reunification of Ireland and the reconciling of her people.”

MLA Pat Sheehan said Martin was a ‘great leader’ who possessed the common touch. “It has been interesting in Stormont these last couple of days between the Assembly talks,” he said.

“Those working there from the security to the civil servants have been coming over to offer their sympathies over his death and spoke very highly of him, it was very moving to me personally.

“What’s important is that Martin’s dream is still alive, his dream for a united Ireland is being spoken of now more than ever and that dream will live on.”

Newly elected West Belfast MLA Órlaithí Flynn added: “It is hard to put into words the loss that will be felt by his family and by the wider republican family. We have lost a giant of a man and a friend who devoted his life to his country. He will be sorely missed.”

Sinn Féin Senator Niall Ó Donnghaile said Martin McGuinness will be a formidable figure in Irish history. “He was a courageous and brave leader. He and people like him, not least his wife Bernie, with the same courage, determination and unconquerable spirit ensured that everything changed for my own generation,” he said. “They smashed the Orange State and ensured a roadmap for peace and progress. A mighty oak has fallen, but Martin equipped us with the tools, the skills and I hope, his same wisdom, to help carve out what he worked so tirelessly for all of his life, a free, equal, just and united Ireland. I'll miss him.”

Former SDLP MLA Alex Attwood said people should acknowledge Mr McGuinness’ efforts in building and sustaining the peace process. “As with the lives of us all, the life of Martin McGuinness went through its different phases,” he said. “Today we should recognise his good work in building and sustaining peace and also remember those who suffered from violence from all sides.

“A great responsibility on all of us is to ensure that Irish democracy prevails and that we live up to the needs and ambitions of all our people. On the day of the passing of Martin McGuinness we should all again commit to these tasks."

People Before Profit MLA Gerry Carrol added: “There can be no doubt that Martin had a huge part to play in politics here, and many people will mourn his untimely passing. No doubt Martin had many political opponents too. I can only hope that those who disagreed with him can show the necessary respect to his grieving family at this time. Our thoughts are with them.”