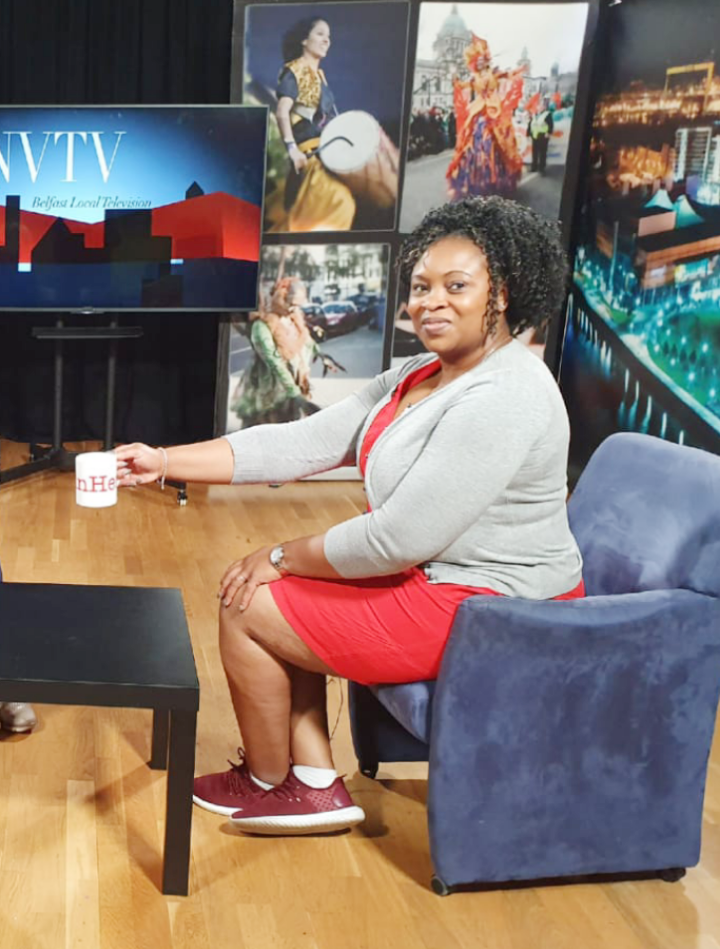 MULTI-TASKER: Lori Gatsi-Barnet is an inspirational speaker as well as a very talented local television presenter

“THE greatest pleasure in life is doing what people say you cannot do.”
That is how Lori Gatsi-Barnett begins her typical day. Lori has this amazing personality; she is a very good listener and that is one of her attributes that makes her your favourite TV personality. She presents Join Her at Northern Vision’s NvTv.
Lori is not a household name in Northern Ireland’s TV industry but I can bet you my last shilling she is daring and it will not be long before we see a sea of work from her if she decides to work in this media sector. Imagine not having your typical chest thumping, mean drama kings and queens we are used to on our television sets.
I would say she is arguably one of the most influential voices in the Black and Minority Ethnic community in all Ireland. Her fair and balanced approach is something rare these days, always well researched, the audience feels assured that this is not just a regular motivational speaker but someone who loves her job and wishes one thing: that changing one is changing many. Of course, not everyone will agree with the person on the podium. The human mind doesn’t work like that. It would be very odd and annoying if everyone agreed with you. But those who have perfected their art in using the power of speech to change society know only too well that the more critics you attract, the better.
Lori loves sports, especially basketball, which she played at professional level and she enjoys swimming whenever she gets time for it. Her life is enriched with business skills, which has helped Lori to train clients in diversity work, small and medium enterprise and corporate social responsibility. She cannot afford to be idle because if she doesn’t do it, someone will, that’s the reality.
Last year, Lori launched a community interest company called JoinHer Network. It is an open-for-all, impartial, internationally diverse group of women whose main scope of work is to change women’s lives for the better. For all women, she says, “Things may be challenging but life is what one makes it. There are many surprises out there, you will not know until you take the chance. There are no limits to what we women can do.”
Belfast needs many Loris. We do.
The JoinHer Network has seven solid members from different jobs and diverse experience in the arts, community action, health and business. The group is mobilising new members from across the community to get involved in pushing for making their stories and experiences something that would inspire young women not to give up in whatever successes they have ambitions for.
Besides the JoinHer network and continuing to spice up Ireland with good food for thought, Lori is absolutely the essence and mother of good TV. Headhunters should be looking right here.
Finally, another factual week. The first-time ethnicity was used as a tick box in the Northern Ireland Census was in 2001. This event provoked hopeless debates in the prelude to the census in England, for example. The ‘crisis’ question was, why would the Scottish and Irish be granted an ethnicity status while the English were left out of this?
Well, the ethnicity question I am interested in here also brings the African to the table.
•Elly Odhiambo is a freelance writer based in Belfast.