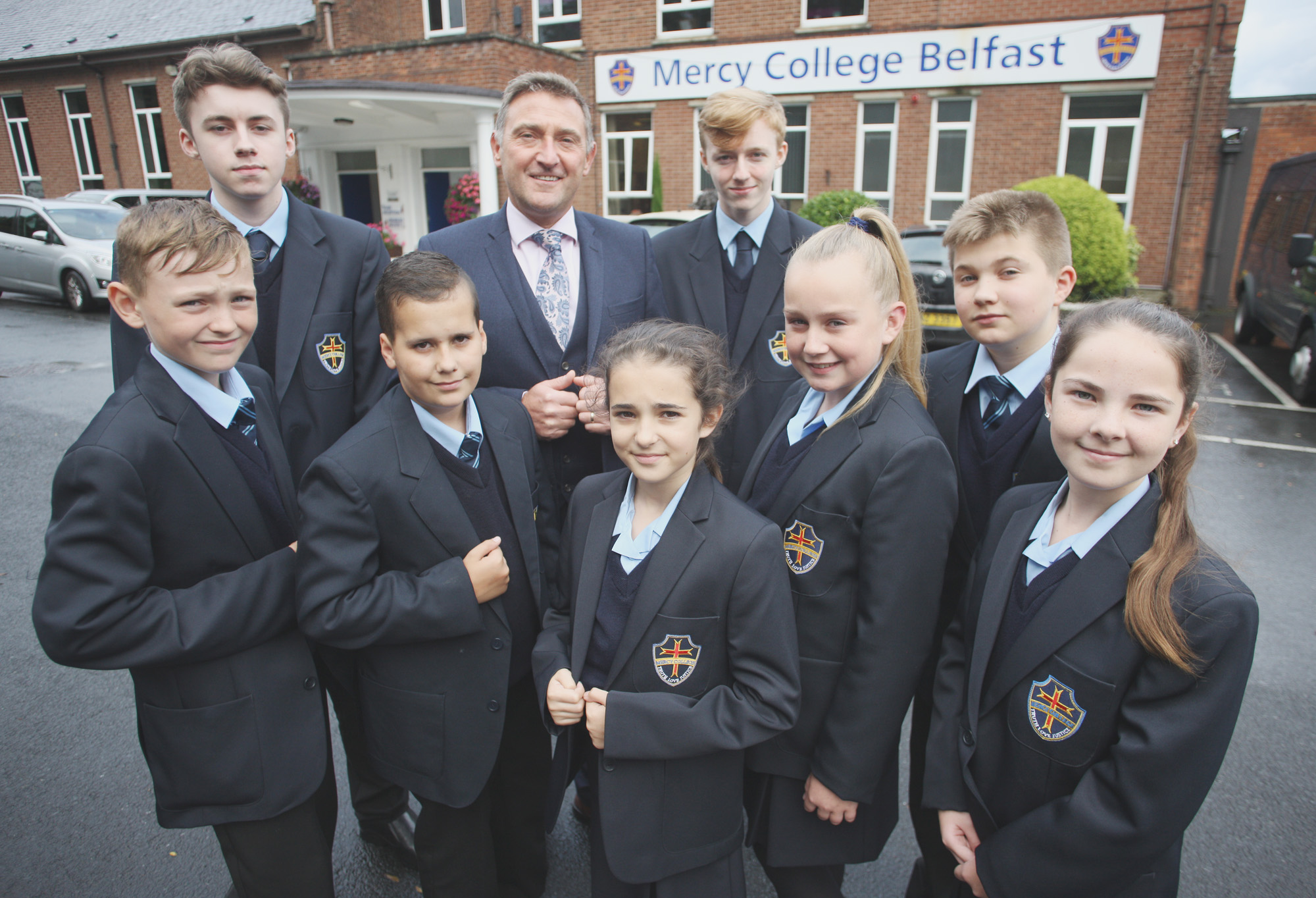 LOOKING TO THE FUTURE: Principal Martin Moreland with Mercy College boys and girls getting used to being part of a co-ed school

WITH the school year now under way, Mercy College is getting used to life as the latest co-ed school in North Belfast.
The Ballysillan Road school has welcomed 36 male students across both Year 8 and Sixth Form.
The move to admit boys was part of a major shake-up of education in North Belfast, which included the recent opening of Trinity College after the amalgamation of St Patrick’s Bearnageeha and Little Flower Girls School. Edmund Rice College has also opened its roll to girls for the first time.
Mercy College Principal, Martin Moreland, said it was an exciting time as everyone at the school welcomed the new boys to the former all-girls high school.
“There is a buzz and around the school,” he said. “Pupils and staff are genuinely excited about the fact Mercy College is now a full co-ed school. We’ve welcomed 36 boys in total in Year 8 and in Sixth Form for A-Level studies. I think Mercy College is an attractive option for everyone – whether from the local area or not.
“We will obviously be hoping to increase the number of boys in the school in the next number of years.
“It’s a good start and we are very happy with the smaller numbers which we can gradually build on. We are moving slow and steadily in the right direction.
“It’s different for many staff who have never taught Year 8 boys before so it’s a change for everyone.
“We have of course had boys in the school before through the North Belfast Area Learning Community for some A-Level subjects.”