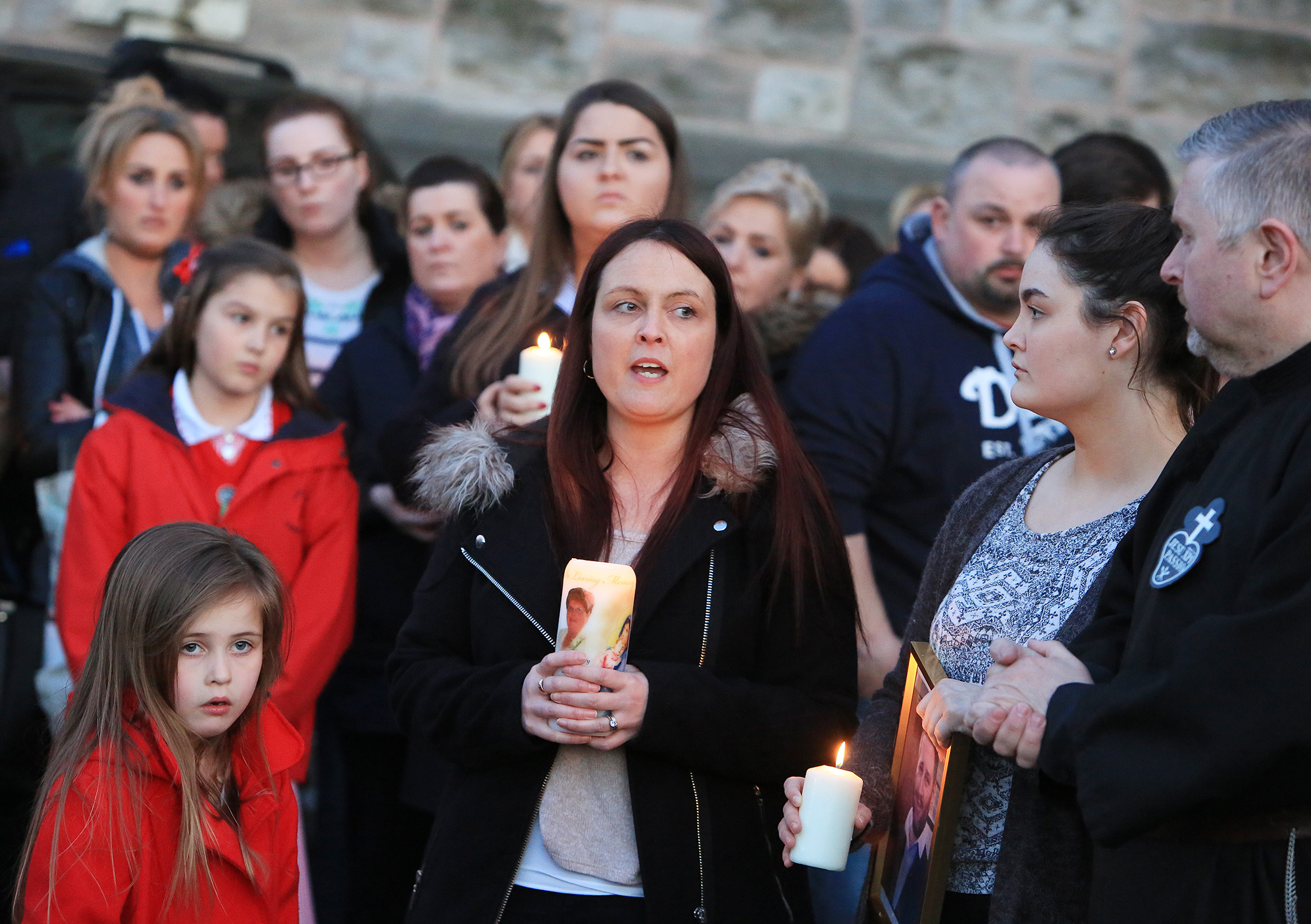 The grieving widow of murdered Ardoyne man Michael McGibbon (33) has penned a letter to the unionist community to thank them for their support.
The note, sent to Reverend Colin Duncan from Woodvale Methodist Church by Joanne McGibbon, says the “cards and support” she has received from people across the community has meant a great deal to her and her four children.
She wrote: “I have lots of friends who are Protestants and other religions and they all mean a lot to me. It just shows we are all human and feel the same way. I have nursed people from all religions/cultures and cared for them all equally. I just hope one day this hatred and evil will be gone and we can all live happily with each other, the way it should be.
“Thank you all so much again. It is so lovely to see the two communities agreeing with each other for a change. It would be nice if our children could have a brighter future.”
Joanne sent the note after a vigil on Tuesday night which saw the Orangemen at Twaddell camp call off their nightly protest for the first time since they started protesting as a sign of respect to Michael.
He was killed last weekend after being shot three times in a so-called punishment attack. The ‘New IRA’ later claimed responsibility.
The PSNI are still seeking help in finding his killers, with Detective Superintendent John McVea issuing a description.
“I am appealing in particular to two males who called at the McGibbon home late in the evening of 14 April. These men asked Mr McGibbon to step out of the house. When he refused, they stated that they would be back.
“The first male is described as in his early twenties, slim and was wearing a red hooded top, baseball cap and had a scarf over his face. The second is described as in his late teens, wearing a grey hooded top, baseball cap and also had a scarf over his face.
“If you were in the area or if you know anything that could potentially assist with our investigation, then please call the incident room at Ladas Drive on 028 90700303. Or you can phone the Crimestoppers charity anonymously on 0800 555 111.”
Prominent anti agreement republican Dee Fennell was arrested for questioning over the killing but later released unconditionally.