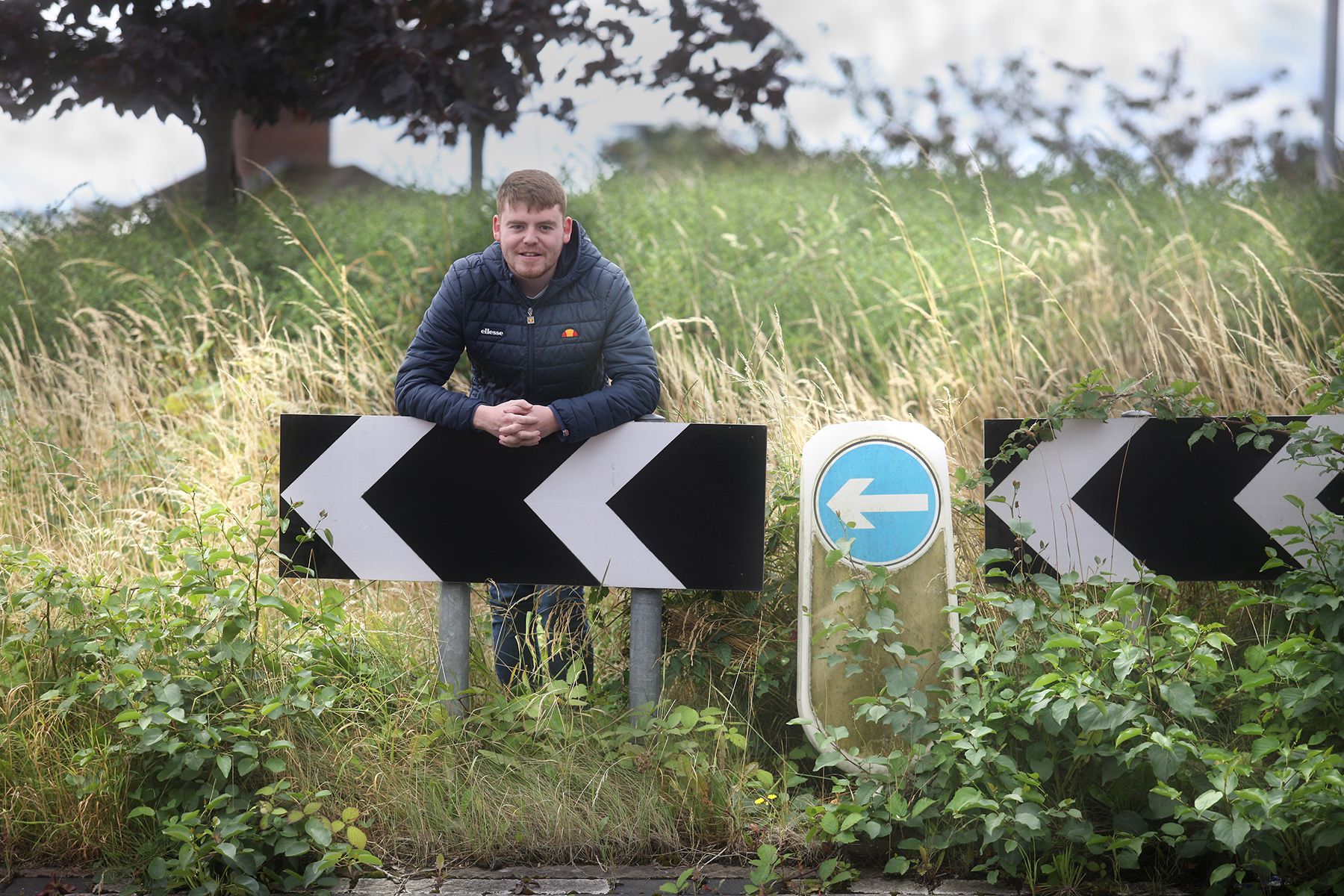 OVERGROWN: Cllr Ronan McLaughlin has hit out at DFI for delays in approving a wildflower upgrade to the roundabout at Monagh Bypass

SINN Féin councillor Ronan McLaughlin has criticised the Department for Infrastructure over delays to the transformation of the roundabout at the junction of Monagh Bypass and Kennedy Way.

Speaking to the Andersonstown News, Cllr McLaughlin detailed how he had secured private funding to transform the roundabout into a wildflower haven which would benefit the local ecosystem.

"About a year ago I had contacted a private partner within the community as this is probably the worst roundabout in Belfast.

"It wouldn't be surprising how many times this issue has come up on the doors and I have secured funding from a private partner to develop this roundabout into the first wildflower roundabout in the city.

"However, at every wheel and turn the department has refused to engage and have put barriers up which means the project cannot go ahead without their approval."

Cllr McLaughlin said that he believes the department are putting "unnecessary hurdles" in place to prevent the development.

"They are asking for drawings and meeting after meeting with no decisions coming from their officials.

"In the last week or so I have contacted the Ministers office to ask for his input in order to try and get this matter progressed because it is not good enough that we are a year down the line from funding has been secured and nothing has been delivered to this stage."

A DfI spokesperson said: “As part of the Department’s overall objective to enhance the living environment, the Department encourages improvement to the appearance of public roads by permitting controlled planting of roundabout central islands, road verges and suitable spaces which are within our control.

"However, it is important as is the case with any work undertaken by third parties on the public road network that is done in a controlled and appropriate manner.