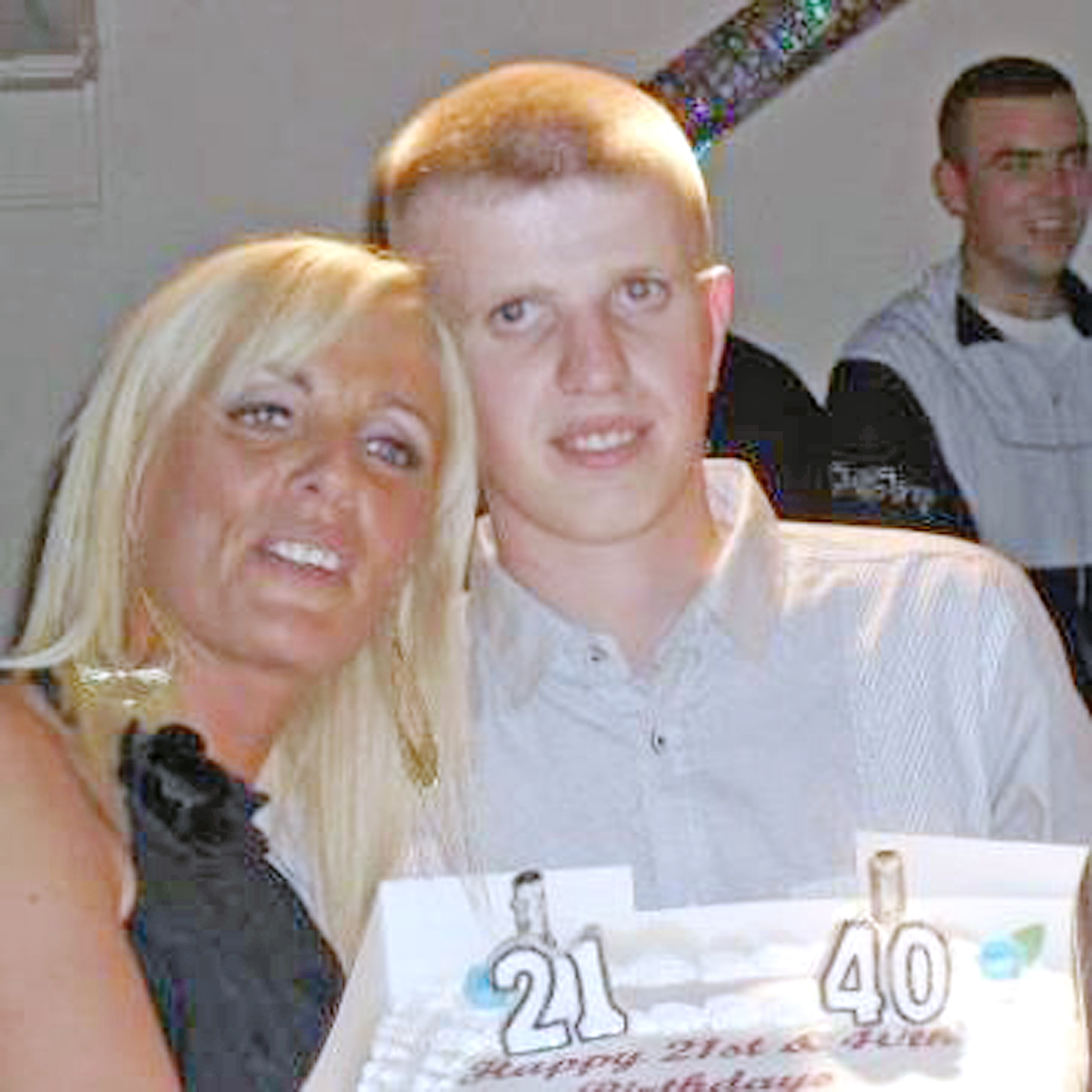 Tracy Carnahan with her late son Sean Paul, who died four months after trying to take his own life while under the influence of a ‘legal high’

The mother of a Belfast man who died in City Hospital in July 2013 will find out next month if anyone will be prosecuted for her son’s death.

Sean Paul Carnahan died in the Belfast Trust hospital four months after he tried to take his own life while under the influence of a legal high. As we reported at the time, the 22-year-old Beechmount lad suffered serious brain injuries in the incident and then developed a number of infections and became malnourished during his stay at the City Hospital.

Sean Paul’s mother Tracy made a complaint to police about her son’s care last summer alleging negligence and the case has been in and out of court for preliminary inquest hearings ever since.

Last Friday in court it was revealed that a report into Sean Paul’s death identified several “actions/omissions” in his care which may have been contributing factors. The Trust’s ‘Root Cause Analysis’ investigation into the management of Sean Paul whilst he was a patient at Belfast City Hospital made nine recommendations, and “identified a number of actions/omissions which may have contributed to a negative outcome for the patient”.

“However, a more important problem in our view was the lack of timely multidisciplinary approach to planning care which could have avoided some of the individual problems,” it said.

One of the recommendations suggests medical teams “should have access to specialist nutrition advice who would actively consider a variety of feeding approaches.” The report also states that Sean Paul had made “significant neuro-behavioural progress” in May and that with “maintained nutrition” it is likely that he could have improved further.

As we reported at the time, Tracy, who spent every day at her son’s bedside, believes her son was not given enough food while he was being treated. Speaking to the Andersonstown News after studying the 103-page document, grieving Tracy, a mother-of-six, said the revelations are shocking and saddening.

“I believe that my son was failed when he was a patient in the hospital where he died,” she said. “I have said that all along and I can’t understand why this was allowed to happen. We are not talking about a Third World hospital but about one here in Belfast.

“It’s been killing me since Sean Paul died and it’s killing me now reading this report. I was made out to be a nutjob for querying Sean Paul’s care and nutrition in the hospital at the time but this shows I was right to complain. It’s so sad reading this and they’re talking about ‘the patient’ and ‘negative outcomes’ as though we were talking about someone missing a bus. The patient was my son and the negative outcome was his death. I just hope the right decision is made in court on October 9.

“It’s been two years and I will continuing fighting, he was my wee son and I need answers.”

“Tracy Carnahan made a statement of complaint to the police last August alleging appalling standards of care and neglect of her son,” he said. “Our client’s instructions are that her son’s suffering was avoidable and amounts to a breach of his Convention Rights under Articles 2 and 3.

“These allegations were previously described by the Coroner Mr Leckey as alleged corporate manslaughter. The Trust report provides compelling evidence of a gross breach of a relevant duty of care causing Sean Paul’s death.

“Our client’s grief and sense of loss is very raw. She engaged with the hospital, police, politicians and the media at the material time and continues to campaign for truth and justice for Sean Paul Carnahan.

“The Trust report marks another step in that direction.”