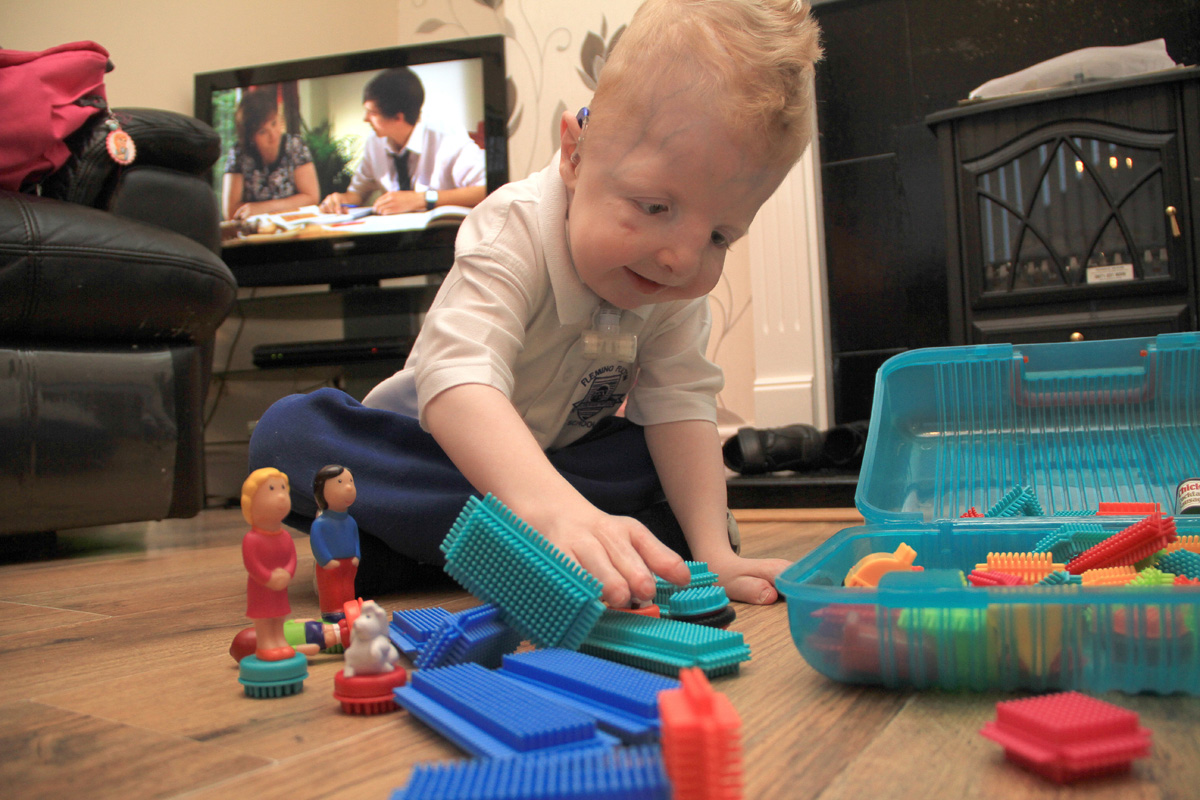 INSPIRATION: Seven-year-old Dáire Flanagan playing with his toys at home

A MOTHER of a young West Belfast boy born with a rare condition says she is “absolutely devastated and sick to my stomach” after a photo of her son was taken from her personal Facebook page and used to create a viral post on four separate Facebook pages.

Dáire Flanagan from Turf Lodge was born with a rare genetic condition known as Apert Syndrome. Doctors said he wouldn’t survive 48 hours, but he is now a thriving, happy seven-year-old boy and has captured the hearts of the West Belfast public, last year winning the Most Inspirational Youth of the West award.

His loving mum Colette is never far from his side and says since the day and hour Dáire was born she has had to fight for him.

Speaking to the Andersonstown News a distressed Colette said: “It was very strange the way it happened.  I had noticed one of these “like and prayer” posts on Facebook and I commented asking people not do it as these were real people with real illnesses and no amount of likes or Amens was ever going to cure them.

“The next thing a friend got in touch with me to say that she had seen Dáire’s photo on one of these pages with people asking for likes and prayers as well. I couldn’t believe it, I was devastated.”

Colette continued: “Dáire is so loved and has had so much support from people all over the world since his diagnosis. He has touched so many lives and brings joy into ours every day. How dare someone put my son on one of these pages saying he needs likes and prayers because he is being bullied or no one loves him, I am furious.”

Over the course of the weekend Colette, her husband Barry and their friends and family have managed to get Dáire’s image removed from two Facebook pages, however it still remains on two others.

Colette said: “I have been to the police about it and basically I’ve been told that because I posted the photograph it was no longer my property and whoever wanted to could share it. One of the pages where Dáire’s picture appears is completely filthy, I am devastated.

“I’m trying to take comfort from the fact that maybe all of this has raised some awareness for Apert Syndrome and perhaps some people have been educated.  That’s really all I can hope for at the minute.”