MUSIC: An uncompromising examination of grief, friendship, love and the guilt of survival 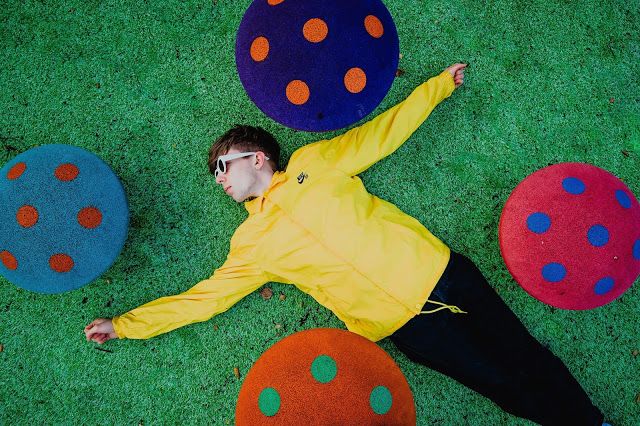 FOR many in the music industry, it's been an anniversary of the worst kind. It’s been roughly a year since the sector at large shut down following the announcement that Covid-19 had spread worldwide – and while the importance of festivals and concerts paled in comparison to the threat of illness and death, its been a particularly difficult pill to swallow when also faced with the prospect of Brexit and continued contempt for the arts from our elected leadership looming.

One only has to look at the recent ‘365 Days Of Darkness’ video to feel the gravity of the situation. Given that April usually holds opening thrums of the festival season, its posting feels particularly poignant. Commissioned by EPIC Working Group, an advocacy organisation formed at the beginning of 2020’s lockdown, 365 Days highlights the sheer magnitude of those who have been abandoned by their representatives during a natural catastrophe that left over 35,000 without work. The organisation is advocating for continued financial support until six months after mass gatherings return, fixed cost supports for SMEs and warehousing taxes in the sector for a full business year – you can watch the full video yourself on EPIC’s Youtube page.

In the meantime, Musictown (founded in association between Aiken Promotions and Foggy Notions) have announced a new run of highly produced Livestream events that will air between 15th-25th April and host a plethora of Irish faces. With performances promised from Tebi Rex, FEARS, Crash Ensemble and Soda Blonde, the true coup comes in the form of a rare appearance and performance from Irish legend Cathy Davy. Her first live performance since October 2019, she’ll be at the head of a music programme that features some of the brightest talents in Ireland. Festival director Leagues O’Toole ended his statement on the performances with the following: “Their (artists) versatility and determination to keep performing is an inspiration. Let’s continue to support them through this process. And let’s be waiting in the venues when they return to real life.”

Thankfully, with news that the UK looks to share a large shipment of vaccines with the south, venues across Ireland could receive a shortened timeline to return, and there have been plenty of releases and announcements this week that look to make their re-opening a welcome one. Two Irish acts, the indie duo Saint Sister and Dublin four-piece Soda Blonde have both announced new LP’s to be released in the early summer – the second for the former and the debut for the latter. Both also released new tracks alongside these announcements: Saint Sister head in bold new directions that incorporate their electronic and folk roots with airy pop production and tight dance rhythms on ‘Karaoke Song’. Soda Blonde meanwhile put out the dazzling ‘Small Talk’, which combines contemporary indie-pop sensibilities with huge 80’s production. Reminiscent of Kate Bush’s ‘Hounds Of Love’, particularly in the percussion.

With good news and better releases approaching, it's tempting to keep your eyes on the horizon. However, it would be remiss of me to ignore the present and not dive fully into what could very well be the Irish release of the year; the debut from producer Dave Balfe, the shatteringly beautiful and heartbreaking ‘For Those I Love’, initially intended as a tribute to the producer's late friend, spoken word artist Paul Curran. The project caught the ear of September Recordings (Adele, Rick Rubin, Glass Animals) and was released in its full form last week, and it is stop-you-in-your-tracks material. An uncompromising examination of grief, friendship, love and the guilt of survival, Balfe’s debut is a masterpiece in production and songwriting. Taking in the spiritual weight of continuing after the death of a friend against the backdrop of a city and a life in equal states of crisis, For Those I Love is as essential as it gets – available now on whatever platform you use, I can’t recommend it enough.

And as always, we end the column by shining a spotlight on some fresh releases from independent Irish artists. Art-popper Æ Mak released a three-track EP ‘Class Exercises’, providing some much-needed bendy electro-pop that will get you through the cold nights with a smile in your step. Galway band NewDad, darlings of BBC6 and fast-rising amongst the canon of Irish indie, released their debut EP ‘Waves’. While flashes of Wolf Alice and Soccer Mommy abound, NewDad sound brand new and irresistible on their six new tracks. Fans of spaced-out, sun-bleached indie rock rejoice.

And finally, the debut single from Lemonade Shoelace, ‘Autopilot Paradise’, is a charming and engrossing dive into lo-fi psych-pop – and has me very excited for the young artists continued development.