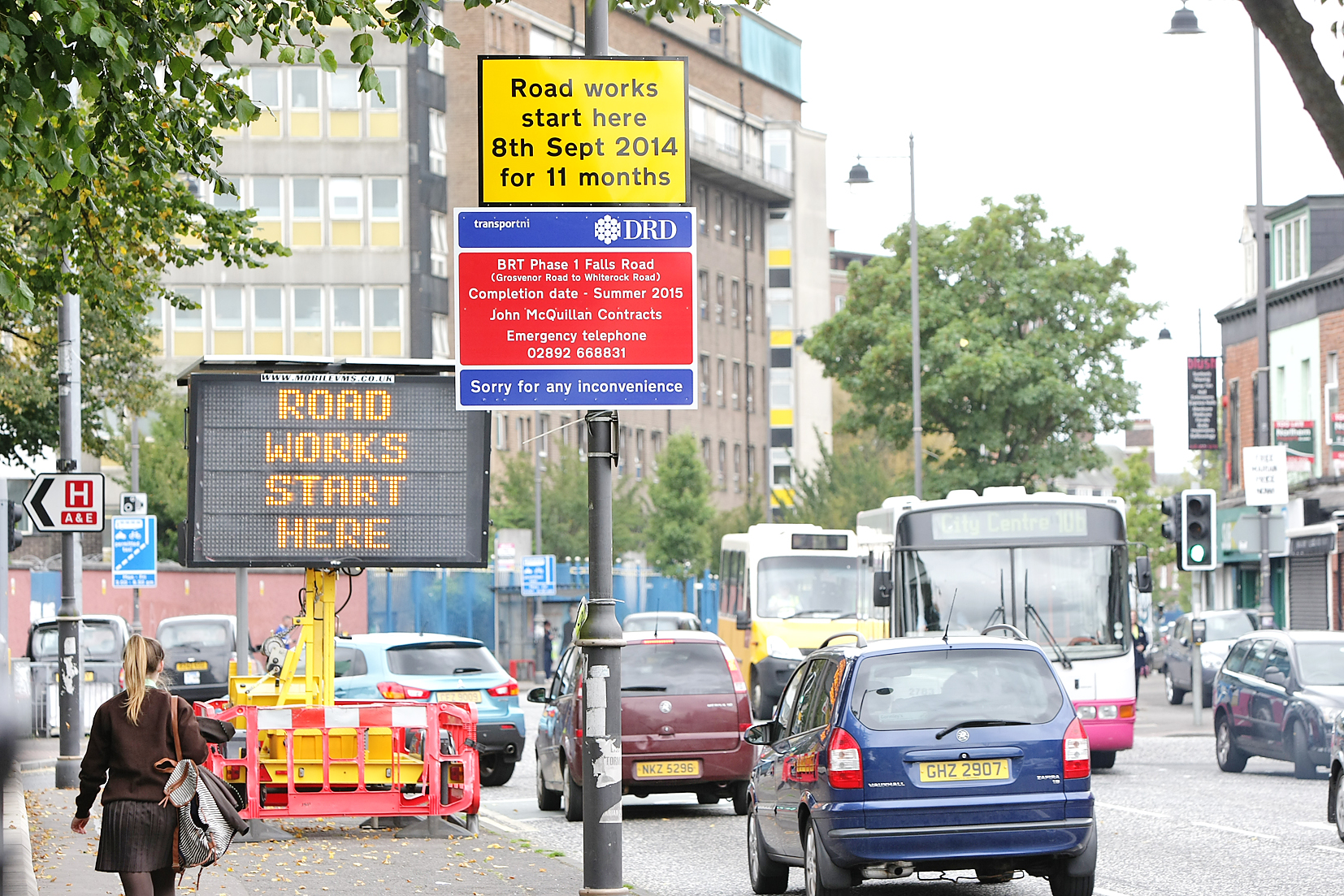 An architect and campaigner has called for a reduction in the speed limit on one of the city’s main roads to reduce safety fears around the new Rapid Transit System.

Declan Hill from the Forum for an Alternative Belfast says the narrowing of pavements on the Falls Road represents a danger to pedestrians and has called on TransportNI to reduce the speed limit there from the current 30mph to 20mph.

Work is ongoing at present to widen narrower parts of the road to a width of 12 metres, which means that the pavement on some busy parts of the road – notably near its junction with the Springfield Road and outside St Dominic’s Grammar School for Girls – is to be narrowed significantly.

Mr Hill said the danger to pedestrians posed by the narrower pavements must be offset by a reduction in the speed limit.

“The Forum for Alternative Belfast and the West Belfast Partnership Board suggested ways of reducing this loss of footpath, including reducing traffic speed to 20mph,” he said. “This has been done in many cities including London, Dublin, Edinburgh and Bristol. In an email on 1 May 2015, TransportNI stated they will continue to drive this 12m-wide road through the heart of the Falls.

“By comparison the busy Lisburn Road at the City Hospital is only 10.4m wide, the Malone Road at Queen’s University is also only 10.4m wide. Even a four-lane section, including the bus lane in front of the City Hall, is only 11.2m wide.

The road is currently 8.8m wide at the Beehive.”

A TransportNI spokeswoman said there are no plans to reduce the speed limit.

“Twenty miles per hour zones in Northern Ireland are generally an extension of traffic calming schemes,” she said. “As such, they are usually only implemented in residential areas where self-enforcing measures are already in place to reduce vehicle speeds to approximately 20mph.

“As this is not the case for Falls Road and as we have no plans to provide traffic calming measures, we do not intend to introduce a 20mph speed limit.”