New history of UDR copperfastens its reputation as a loyalist militia 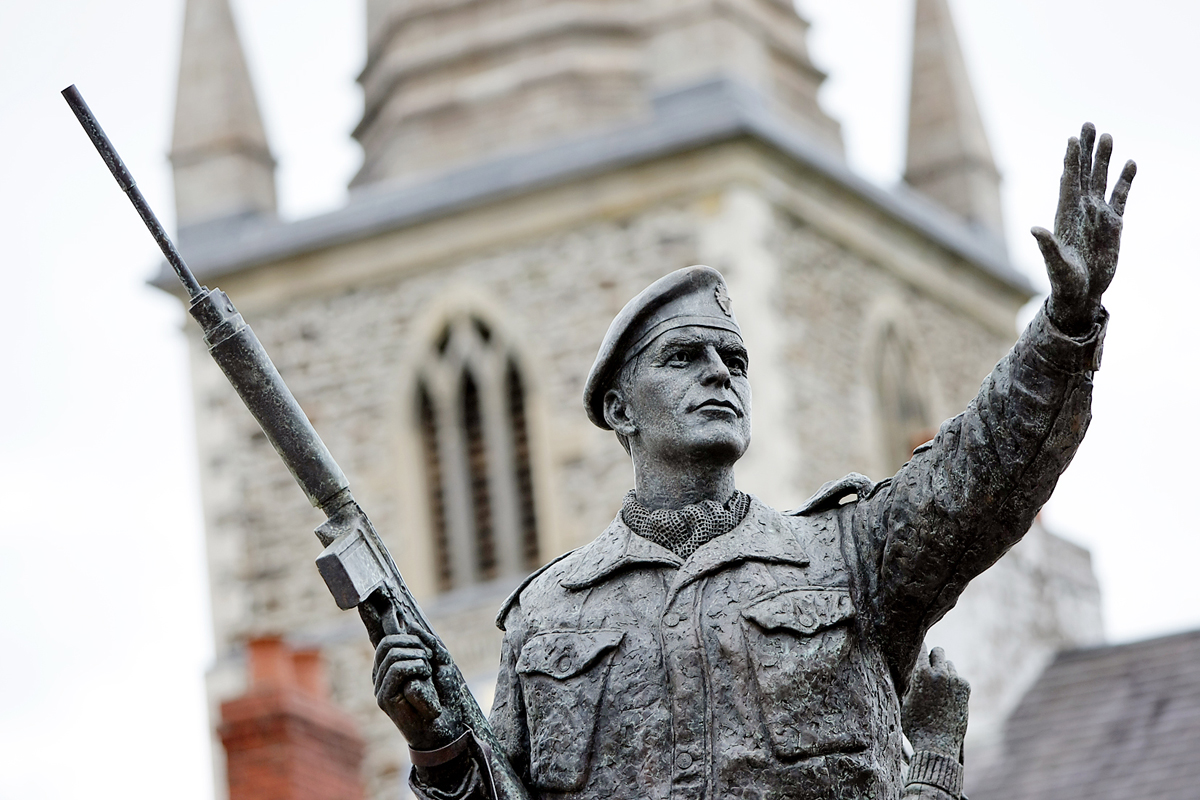 Few nationalists or republicans would have recognised his description of the locally recruited regiment but fewer still would have been surprised that a Democratic Unionist MP and former UDR soldier would reject criticism of his former comrades.

Claims that the UDR was heavily infiltrated by loyalist paramilitaries are dismissed by most unionists, who point instead to the 197 serving members and 47 former members killed by republicans. Their loss and the undoubted sense of hurt felt within the unionist community negate any possibility of a more critical engagement with the legacy of the UDR, the largest regiment in the British Army. The experience of the Catholic community (and the UDR didn’t differentiate between nationalist and republican) was frequently hostile, sometimes brutal and on occasion fatal.

On January 31, 1974, two Catholic workmen, Terence McCafferty and James McCloskey, were having a tea break in a workman’s hut at a building site in Whiteabbey when gunmen burst in and opened fire. They were both killed and three others were injured. Six months earlier, on August 9, 1973, a group of workers were returning home to Carndonagh in County Donegal from a building site in Glengormley. Gunmen opened fire from one of the bridges over the motorway and 16-year-old Henry Cunningham, a Donegal Presbyterian, was killed. His older brother, Herbert, drove on through the hail of gunfire coming from above. Another family member, Robert, was in the van along with Catholic work colleagues from the Inishowen Peninsula.

The gunmen presumed that any vehicle with Donegal plates contained ‘Taigs’. When a Historical Enquiries Team (HET) report on the murder was matched with declassified documents from British archives something startling emerged. It was revealed that a gun used in both the Whiteabbey and motorway shootings had been ‘stolen’ from an army base in Lurgan. The prime suspects were members of the UDR based in Lurgan, including a certain Private Robin Jackson, who had not yet become known as ‘The Jackal’. The ‘thefts’ of weapons had become so routine by this stage that army HQ at Lisburn felt compelled to send a memo to the MoD in mid-November 1972 noting that “no weapons have been stolen in the past week.” Contrary to claims by the Retired Police Officers’ Association that allegations of collusion are republican propaganda, these early army documents are littered with reports of “collusion” (their word) between UDR members and loyalist paramilitaries.

From an early stage the declassified documents prove that civil servants, government ministers, chief constables and senior army and MI5 officers were all well aware that the UDR was heavily infiltrated by loyalists. They were aware that weapons were disappearing at an alarming rate and that people were dying as a result. The murders of Terence McCafferty and James McCloskey are listed in an MoD document on ‘Subversion in the UDR’ as an example of people killed with weapons from the Lurgan base. They knew. They allowed it to continue.

Worse still they actively sought to increase the counter-insurgency role of the UDR as a loyalist militia. Those who wrote the memos and the reports must have thought they would never be put in the public domain. Otherwise, it’s hard to imagine why a minister would ask where the proposal had come from to set up full-time battalions (the UDR had been part-time at the outset) and be told that the proposal was put to the NIO at a Stormont meeting with, among others, the UDA, UVF and Red Hand Commando.

Another memo on creating an intelligence- gathering role for the UDR warns that the intention is to gather intelligence on “terrorism”. Lest there be any misunderstanding of the difference between “terrorism” (the IRA) and “subversion” the document continues: “There is no intention of recruiting or encouraging members to inform on any subversive elements within the UDR although, as you know, subversion within the UDR is a cause for concern.”

An intelligence report from the late 70s reveals a major security investigation into 10 UDR, the Belfast Battalion. According to the MoD, 10 UDR was heavily infiltrated by the UVF and UDA, with at least 70 soldiers having loyalist traces. A hardcore of 15 UVF members was based at Girdwood barracks over several years. This was at the height of the murderous campaign carried out by the Shankill Butchers within close proximity to Girdwood. This investigation was kept secret until the Pat Finucane Centre discovered the documents.

Equally worrying is the following revelation in a 1980 policy document: “In eight areas of the province the UDR now provides front-line support for the RUC. They have been allotted Tactical Areas of Responsibility (TAsOR) on a continuous 24-hour basis under the command of Brigade commander. In these areas the UDR battalion commander is the local military commander and any regular troops deployed there, other than large numbers brought in to deal with a state of public disorder, are under UDR command. ”

This means that, despite public utterances to the contrary, in large areas of the north the British army were suborned to the control of what was effectively a loyalist militia.

Small wonder that 85 per cent of all leaks to the UDA at the time of Pat Finucane’s murder were from security force sources, according to the de Silva review.

‘A Hidden History of the UDR – The Secret Files Revealed’ is available for sale at An Chultúrlann, as an ebook from Amazon or from the PFC at 02871 268846 info@patfinu canecen tre.org