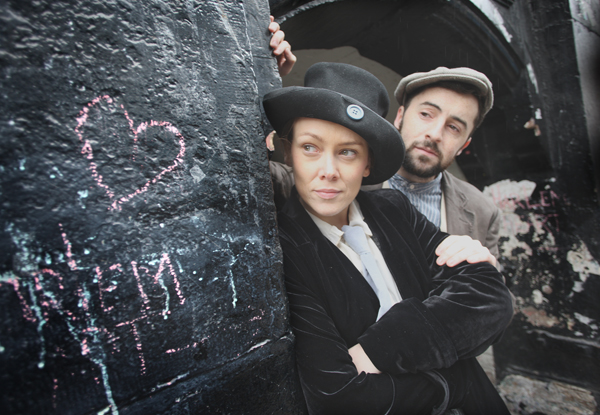 A forgotten and epic tale about “ten days that shook Belfast” is set to be staged at the MAC Theatre next month.

‘1932 – The People of Gallagher Street’ is the latest production by Green Shoot Productions, addressing a particular episode of shared heritage within the history of Belfast.

The much-awaited collaboratively written play by Martin Lynch and Gary Mitchell is a powerful drama telling a tale of personal and community upheaval and social struggle for dignity in 1930s Belfast.

Informed by factual accounts and research into 1932 and the events that led to the Outdoor Workers’ Relief Strike, the play centres on the personal lives of members of the two Gallagher Street families – Catholic and Protestant – whose lives are turned upside down as events unfold around them.

In conveying the epic historical tale, a community cast from Belfast along with a professional cast will play the lead roles including Katie Tumelty (Fly Me To The Moon) and Gerard McCabe (Swing State Cabaret), along with new rising stars Brigid Shine, Gavin Peden and Thomas Finnegan. Another star cast member is well-known local actor Marty Maguire, a professional actor for over 30 years, who is playing the role of Alec, father of the Protestant family in the play.

“The character of Alec is a stalwart loyalist with strong unionist traditions who believed those in high power would take care of those working class people,” he explained. “For the first time people from Falls and Shankill came together and realised they were the same and that they weren’t being taken care of.”

Karen Seacroft, who is one of the community cast in the production, added: “I’m one of the factory workers involved in protests. It’s a brilliant story. Poverty brings people together and hunger doesn’t discriminate.

“I think the production is still relevant today – people will come together if they are united in a problem.”

The production follows on from a year-long programme of community engagement including research, creative writing, community theatre and a series of public talks about 1932. Martin Lynch, writer and director of the production, said theatre was the best way to convey the drama of this story.

“1932 is not a year etched in our political and social calendar and yet something very remarkable took place that year,” he said. “No matter how brief the unity of the time was, it is important that the potential for change is remembered and passed on. The theatre offers much by way of conveying the drama and power of this story.”

1932 – The People of Gallagher Street will run at the MAC Theatre in Belfast from Wednesday, November 2 to Sunday, November 13 with tickets available on 02890235053 or www.themaclive.com.

With an eye on the social relevance of the fascinating events of 1932 for today, Green Shoot Productions is also organising a number of post-show audience discussion events to be held on Wednesday, November 2 and Thursday, November 3.