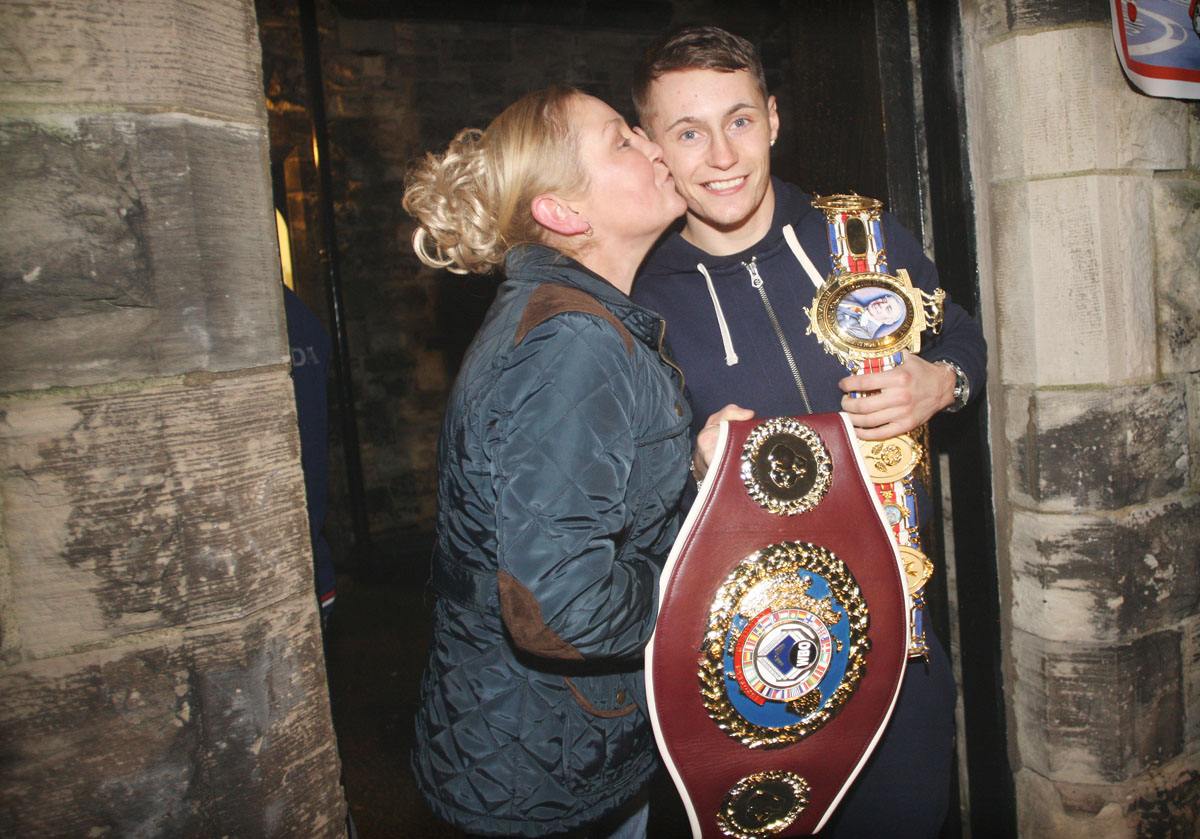 Baby faced assassin Ryan Burnett may be in for the biggest night of his career in Manchester this weekend but his mum Bernadette will be hiding behind her sofa in Newington.

All eyes will be on Tigers Bay man Carl Frampton in his world tittle fight with Scott Quigg on Saturday night but Ryan Burnett is hoping to open the night with a bang when he features on the undercard in his latest step towards world glory.

“I went to all Ryan’s fights as an amateur, even then I couldn’t watch,” she said.

“Ryan phoned me and asked me to come over, he was going to book me a flight and had a seat for me. I just told him there’s no point son, I get too nervous”.

Ryan’s family plan to watch the fight in the fighter’s local, the Chester on the Antrim Road, with some even travelling from Dover.

“I’ll either be sitting with my head in my hands or standing outside, I just can’t bare to watch,” she added.

Speaking to the North Belfast News Ryan said that he was excited to be sharing the bill with Carl Frampton.

“It’s a really honour boxing on Carl Frampton’s bill – I’ve known him since I was small. We’ve sparred countless rounds over the years, gone on loads of runs together, we’ve always been close,” he said.

“I’ve always looked up to Carl and he’s always inspired me to achieve what he has in boxing. Seeing his path and what he has achieved has given me even more self-belief that I can follow in his footsteps to glory. We are both from the same area and I know he will be cheering me along every step.”