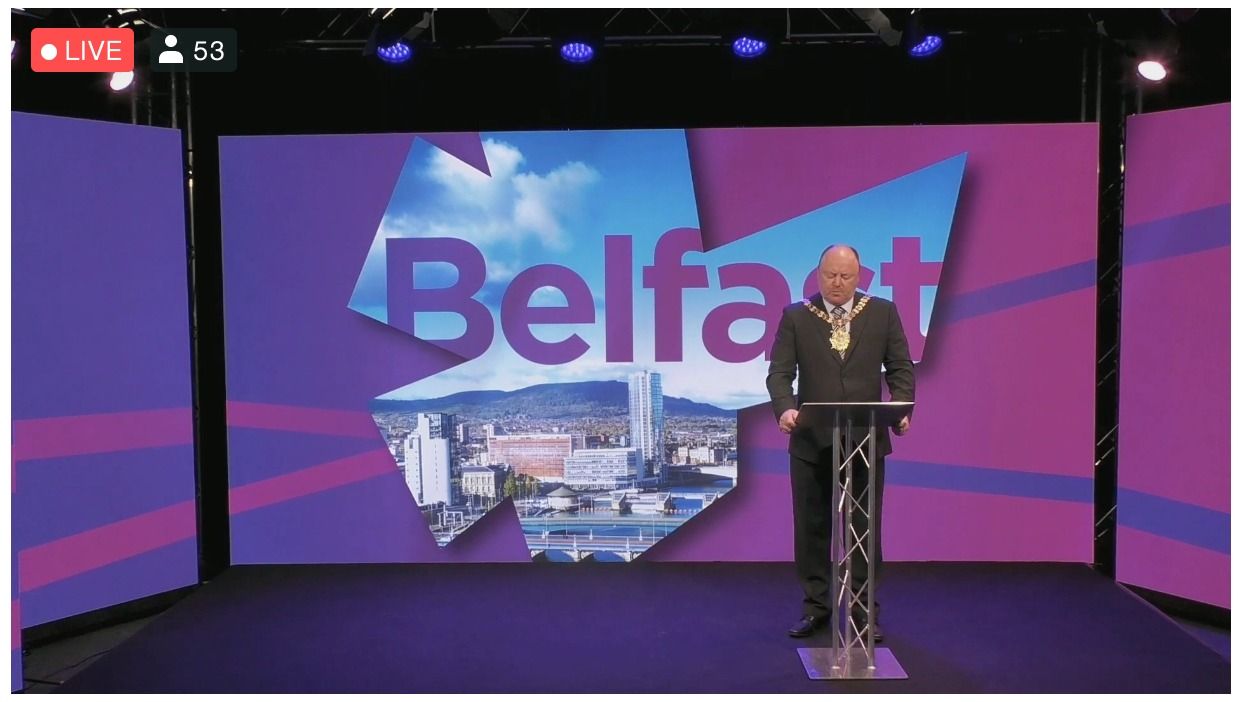 Twenty new global ambassadors for Belfast took up their auspicious titles at the Belfast International Homecoming finale on Friday night past.

Among the new cohort of advocates for the city are film-makers, authors, a business coach, a wine-maker and a founder of a refuge for dogs.

The twenty join over 100 friends of Belfast who have taken on the role of ambassador since the Homecoming launched seven years ago to strengthen bridges between the city and the Irish diaspora.

Acclaimed war documentary-maker Jamie Doran (his epic on the Syrian civil war has even viewed more than 1.5m times on YouTube - below), speaking from his London home, told the virtual gathering he was delighted to be reconnecting with the birth city of his father Gerry who had been wounded fighting fascism in the Spanish Civil War.  Jamie's latest documentary series for Al Jazeera on the politics of football and football fans brought him to Belfast this summer.

"100 years ago this year, my father's family was burned out of Belfast. He was only nine," he said. "But he never lost his love for the city and I remember as a tiny little child being taken on the Ardrossan ferry every single summer to go to Belfast and then up to Portrush. It was great fun."

Jamie's father left from Dublin to fight with the Connolly Column in the Spanish Civil War and was seriously wounded in a battle outside Cordoba on Christmas Eve 1936. "My father was the most-wounded member of the entire Connolly column and shouldn't have made it back at all," said Jamie. "If it hadn't been for a fellow called Meehan who was lying injured in the same olive field I wouldn't be here at all. Meehan was still conscious  but they had only had one stretcher and he said, "take Gerry Doran first he is worse than me". And of course Meehan died out there."

Falls expat Geraldine Gilliland who runs the most popular Mexican restaurant in Santa Monica, California, joined the celebration from Cabo, Mexico to talk about her work with abandoned dogs on her refuge at the 250-acre Chiquita Ranch outside Malibu.

Glasgow-based film-maker Mark Cousins told the global audience for the Homecoming that we needed "to re-enchant Belfast city centre by establishing a massive new film centre" there. "Belfast in the seventies was a tough place," he added. "But even that was useful, looking back, because it taught me resilience and fortitude."

The previous evening, ten exceptional individuals from other places who made their home in Belfast were also presented with the Belfast Ambassador Medal. They included artist Neil Shawcross, Somalian activist Fatuma Maallin and burns surgeon Khalid Khan who is a native of Pakistan.

Said Belfast Homecoming director Connla McCann: "We had 12 hours of discussions, debates and musical interludes with speakers from six continents and over 600 registered attendees which makes it the biggest Homecoming yet. The theme of We Are Team Belfast caught the resolve of our supporters across the world and of our local civic leaders to ensure we survive the Covid crisis and come back stronger and better."