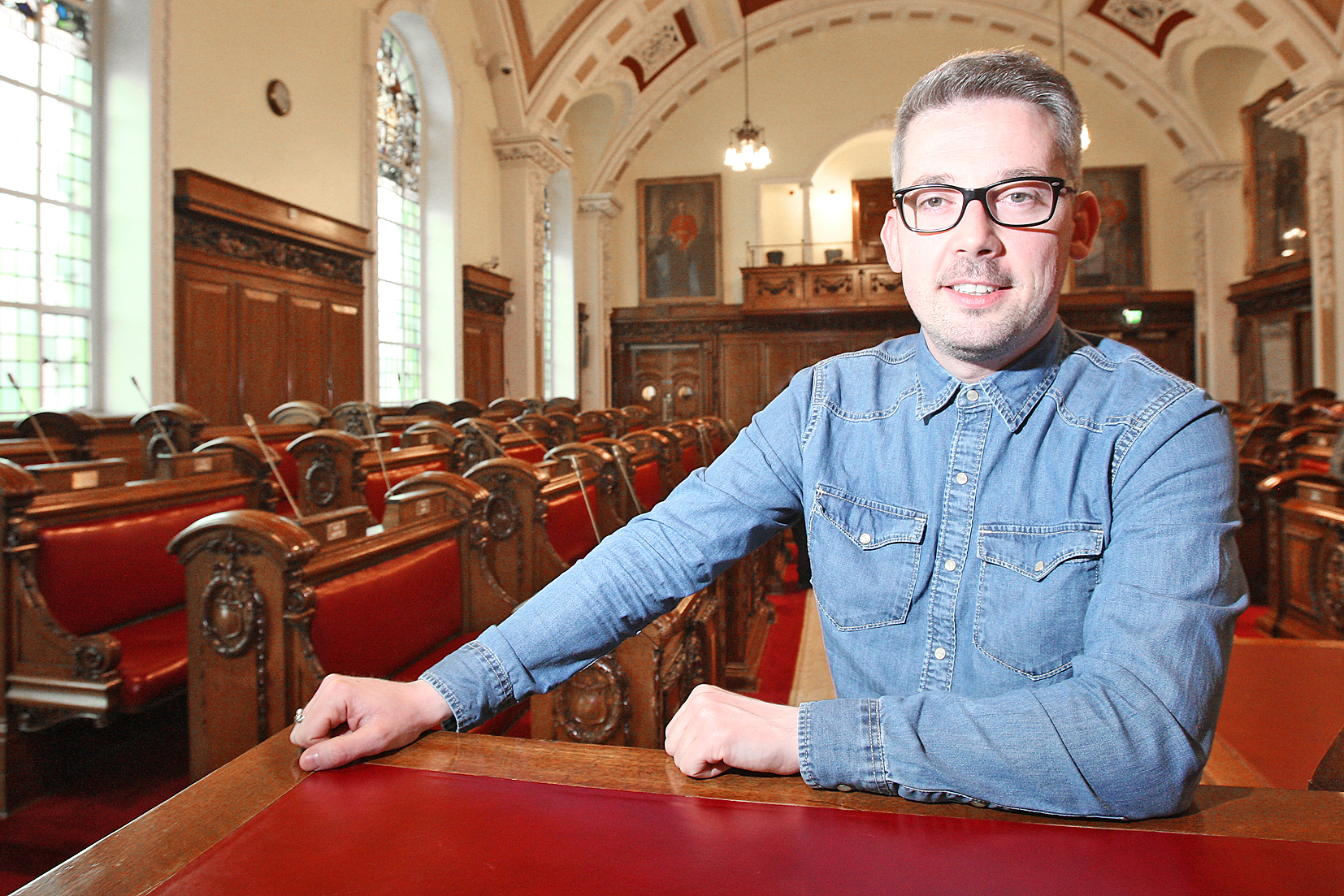 NIALL Ó Donnghaile has packed many things into his political career. He is the Sinn Féin councillor for the Pottinger ward in east Belfast and is heavily involved in community work in  the Short Strand area, while at the age of twenty-five he became the  youngest ever Lord Mayor of Belfast.

This week it was announced that Niall will be one of seven Sinn Féin candidates contesting Seanad elections in the south – the only northerner seeking election in the upper house of the Oireachtas.

Speaking to the Andersonstown News about the bold move Niall said: “It’s going to be a complicated process. Recently there was a referendum regarding the abolition of the Seanad, people ultimately voted to retain it, but to reform it.

“The administrative panel that I’m on is voted for by existing councillors, TDs and outgoing senators from across the 26 counties.”

When asked how he feels about his nomination Niall said: “I’m excited because it’s another challenge for me, two weeks after being elected I was the youngest ever Lord Mayor of the city, so I relish the opportunity as a republican activist to go in and rattle some of the partitionist mindsets and bring a northern voice to the Oireachtas.

“Building links and raising issues from Belfast is important to me, focusing on infrastructural issues, tourism links, I’ll make the Seanad my platform to raise the issues of people from the north who have felt for a long time that their voices have been either neglected or ignored by a whole litany of governments in the south.”

Niall has worked tirelessly for his beloved Short Strand and he is held in high esteem by the local community. He is quick to point out though that he isn’t leaving the area – if he gets elected.

“I called to see some people on Sunday evening, before the nomination papers were handed in on Monday morning, out of courtesy. These are the people who elected me and supported me for the last ten years,  so I wanted them to know first.

“One residents said to me ‘it’s a progression, you can’t stay in the Strand forever’, but honestly I’m not going to pack up and move to Dublin full-time. I’m Short Strand through and through.

“If I get elected I’ll split my time between Dublin and Belfast every week. I can’t claim to want to be a voice for Belfast and a champion for Belfast and not spend any time here.”

Niall says he feels confident but not complacent about his chances.

“If elected I’m going down to a very increased team (in the  Oireachtas). When I was first elected there were 16 of us in City Hall. I think back to Alex Maskey who came in here in ’83 on his own to a very different situation. We’ve gone from one senator to three senators to now the potential of seven. I want to be part of that growth whether it’s in Belfast or Dublin.

“I have to be realistic, I can’t promise the sun, the moon and the stars as one senator, but I have a great commitment to my politics, great passion about politics, people and primarily the city of Belfast. The only promise I can make is that I will do my very best to give people a voice.”

Niall says Sinn Féin have a lot of young blood coming through the ranks which makes them more appealing to the younger voters.

“We are very lucky. I’ve seen it in here in the City Hall in that we have that youth but that is also coupled with our more established leaders like Mary-Lou, Gerry Adams and Pearse Doherty, people who have excelled in their political activism over the years.”

Niall says if elected he is looking forward to making a difference and raising the issues that are of importance to the people of the north.

“We cannot take for granted issues around the peace process, reconciliation, truth-recovery and justice.

“The Irish Government is a co-guarantor of the peace process, there are still a lot of people waiting for truth and justice around legacy issues. They have happily taken their eye off the ball around these issues and buried their heads in the sand. I want to be a constant reminder of this and be a loud voice for Irish citizens living in the north.

“As Martina Anderson always says, ‘if it has to be then why not me?’”