Norway’s lesson for those FF shysters 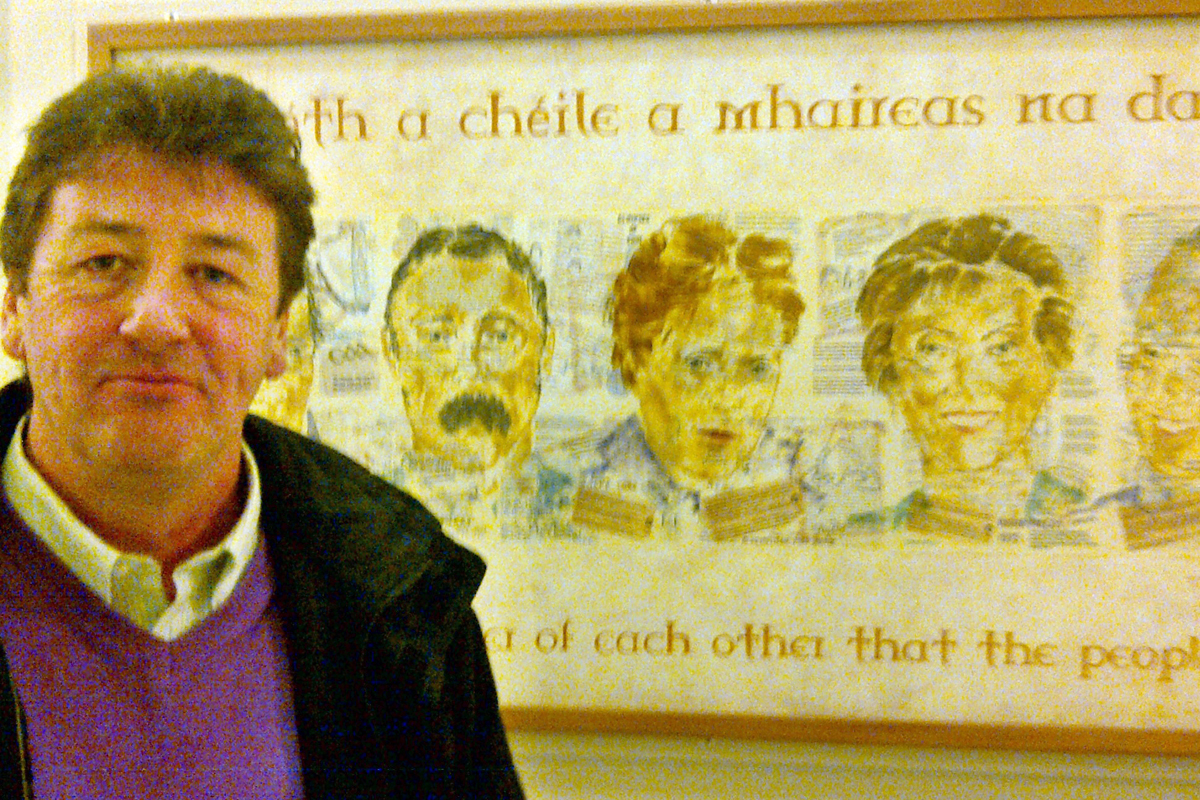 I meet councillors from North Belfast every day in the Dome of Delight, but on the Friday before Christmas I had occasion to roll out the red carpet for an Ardoyne representative with a difference.

For Eddie Whyte is an elected representative in the town of Sandefjord, which is about two hours south of the Norwegian capital Oslo.

How a guy from the Bone ended up in Norway would be quite a story in and of itself; but Eddie’s journey to the top of Norwegian society is indeed a thriller.

I first met the bilingual Belfast man in the late eighties when he was part of a peace group bringing the bad guys to book in this part of the world.

In the two decades since then, he has advanced through the trade union movement in Norway to become a full-time official of the largest public service union… and from October a member of the council serving the town of 40,000 souls.

The Norwegian economy is thriving, thanks to careful management by the Social Democrats – to which Eddie belongs – who have used booming oil and gas revenues to build for the future.

Unemployment is at three per cent and the Norwegian Krone remains robust – two reasons why the populace has twice voted to steer clear of the EC and the euro.

Ireland, of course, has gas reserves off the coast of Mayo which should make everyone in the country richer than Croesus – if it wasn’t for the fact that the shysters in the last Fianna Fáil government gifted the gas fields to foreign interests.

We’ve all heard of Shell’s interest in the Corrib gas fields but also in there enjoying the fruits of Ireland’s resources is the Norwegian company StatOil, which is owned, primarily, by the people of Norway. Statoil holds 36 per cent of the Corrib gas fields. Interestingly, while the Norwegian constitution insists that Norway’s resources belong to the people of Norway, there is no such stipulation in the constitution of the Republic of Ireland, and if there was it would be meaningless anyhow, since the IMF-EU bail-out boys now run the whole show down there.

Which tells you all you need to know about why the Irish economy is a basketcase and the Norwegian economy is going great-guns. That and the fact that Norwegian law now insists that at least 40 per cent of all company board positions must be filled by women.

In London last week to bury my uncle Gerry McKeown, I had a chance to catch up with my Clondara Parade cousins who were wrenched from Belfast in 1974. Recalling the pros and cons of a Belfast upbringing, my cousin Patricia was telling me about her son Brendan’s first day at catering college. “And what do you do if food falls on the floor?” the lecturer asked the fresh-faced class. “Pick it up and bless it,” replied Brendan!

I repeated that to hospitality hero Bill Wolsley at our finest hotel, the Merchant, last week and he assures me that’s one Belfast tradition which he doesn’t observe. Though that wicked Belfast humour endures: at the Merchant Christmas lunch I was called up for a special presentation of my very own Duke of Edinburgh certificate!

Bliain úr faoi mhaise duit would look good on the City Hall as well but for now on this page will have to suffice: Happy New Year.

And I am sure it will be a great New Year for the New Belfast. That doesn’t mean those of us who believe in a progressive, shared Belfast won’t have to fight our corner in the coming months. Indeed  we will, but history is on our side.

As Martin Luther King put it: “The arc of the moral universe is long but it bends towards justice.”

But for all that, in 2012 Belfast will take its stand on the common ground, coming together over that which unites us rather than continually rowing over that which divides us.

Anything else would be a betrayal of those selfless pioneers, both Orange and Green, who forged the peace we now enjoy.