Now you see it and now you don’t 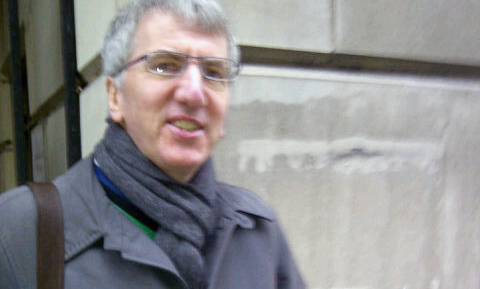 QUESTIONS have been raised as to where a trilingual sign removed from the front of the Department for Regional Development’s city centre headquarters has gone.

The empty space at the DRD’s Clarence House offices was noticed this week by Belfast Sinn Féin Councillor and Belfast Media Group MD Máirtín ó Muilleoir. It’s now emerged that it once held a plaque – in English, Irish and Ulster Scots – identifying the building as DRD HQ.

A DRD spokesperson said the trilingual sign was taken down when Ulster Unionist Danny Kennedy took over as Minister from Sinn Féin’s Conor Murphy in 2011. “The original sign in English remains in place,” he added, perhaps unnecessarily.

Ironically, Minister Kennedy  and his party have been quick to condemn Belfast City Council for taking down the union flag over Belfast City Hall in December past. His decision to remove the trilingual sign precedes that democratic decision by 18 months.

During his term as DRD Minister Conor Murphy introduced a number of measures to promote the Irish language. They included introducing Irish on  departmental stationery; offering Irish language courses to all civil servants; assigning those with Irish to undertake duties using the language; introducing a multi-lingual DRD website; introducing all public application forms and information leaflets as Gaeilge; introducing  departmental advertising as Gaeilge in various media forms to ensure speakers have full and equal access to services; and instructing Translink as public transport provider to introduce timetables as Gaeilge across the North.

“This is a rather petty action which seems to be based on a disappointing but not surprising decision from Danny Kennedy,” she said. “It is sad that Danny Kennedy has chosen to take several actions since his appointment as minister to impede the use of Irish.

“Last year, he also announced that no further work should be done on the policy proposed by Conor Murphy to introduce bilingual road signage. These decisions are against the spirit and letter of the Good Friday Agreement and the European Charter for Regional or Minority Languages and are further evidence of the need for a comprehensive rights-based Irish Language Act to ensure that the visibility of the Irish language is not further impeded.”