'We will not be held to ransom' – O'Neill 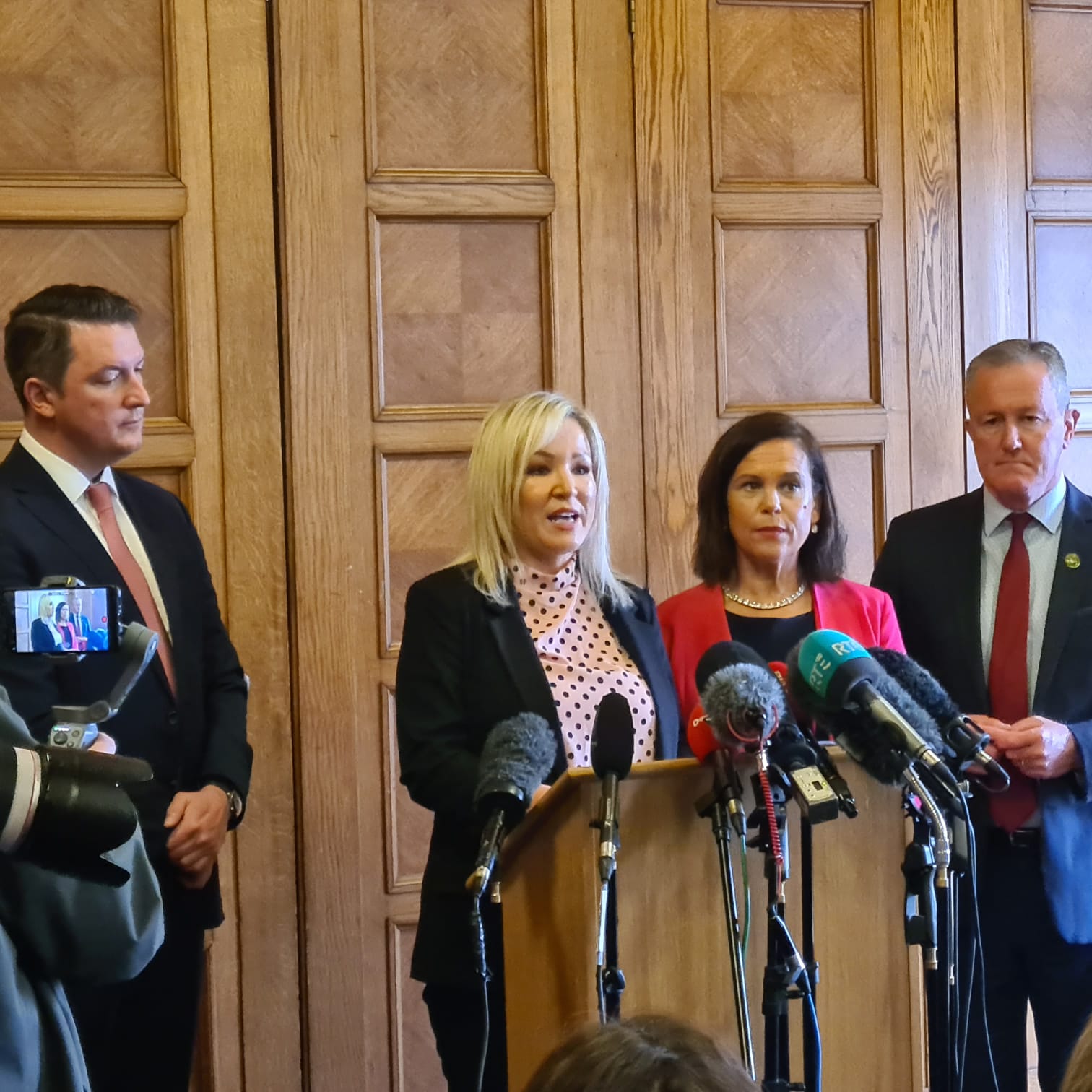 Michelle O'Neill at a Stormont press conference on Monday

SINN Féin Deputy Leader Michelle O’Neill has called on the DUP and British Government to “respect the democratic outcome of this election”.

It comes after DUP Leader Jeffrey Donaldson reiterated that his party will not go back into government until its concerns about the Northern Ireland Protocol are addressed.

Thursday’s election result puts Sinn Féin in a position to nominate for the First Minister post. However, an Executive cannot be formed unless the DUP nominates a Deputy First Minister.

Political leaders from Stormont’s five largest parties met with Secretary of State Brandon Lewis on Monday to discuss the impasse.

Addressing the media at Parliament Buildings, Michelle O’Neill said and Executive must be formed to “take the urgent decisions” about the health service and cost-of-living crisis.

“There can be no excuses,” she said.

“There can be no attempt by the DUP or by anyone else to punish the public and leave workers and families high and dry now or in the time ahead.

She said responsibility for solutions to the Protocol lie with “Boris Johnson and the EU”.

“My message is clear; as democrats, the DUP and also the British government must accept and respect the democratic outcome of this election,” she stated.

“Brinkmanship will not be tolerated while the North of Ireland becomes collateral damage in a game of chicken with the European Commission.”

She added: “Make no mistake, we and our business community here will not be held to ransom.”