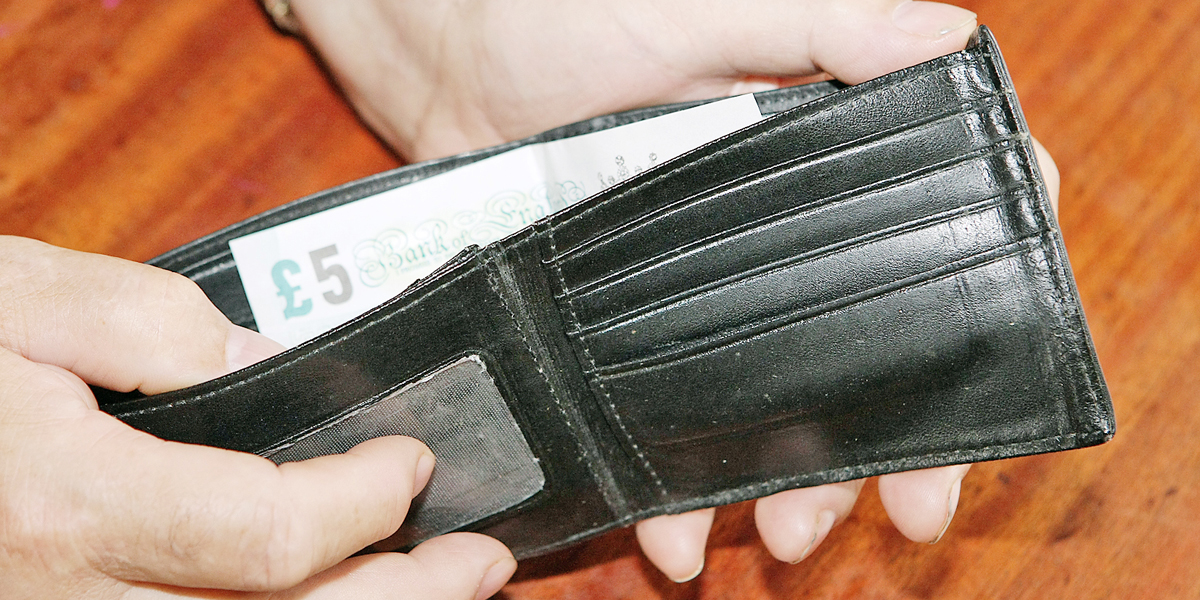 A West Belfast pensioner says he has been left “distraught” after his wallet containing £260 was left on a bus on July 12 – and has yet to be handed in.

The 69-year-old from News Barnsley, who’s asked not to be named, told the Andersonstown News that he believes he is the victim of a callous theft and is appealing to whoever may have taken the wallet to hand it back.

Translink confirmed yesterday that they are in possession of CCTV footage. We’ve been told the footage contains images of a female picking the wallet up and examining it and that police are studying the CCTV.

“I got on the 10F bus on July 12  just outside Beech Hall Health and Wellbeing Centre around 2.45pm and was going to buy a birthday present with the money, which was a Father’s Day present from my daughters,” said the local man. “

I showed my bus pass, which was in my wallet, and sat down just behind the driver. I thought I had put the wallet in my back pocket but when I got off at Rockdale Street around 3.30pm it wasn’t there.

“I have reported it to both Translink and the PSNI and I wanted to appeal through the Andersonstown News for  anyone who saw anything or who has any information to come forward.

“It has been a terrible shock to the system. I have never mislaid anything in my life. I myself have come across handbags and purses in my years and have always done my best to return them and I hope someone does the same for me.”

The pensioner said there were very few people on the bus at the time.

“So I’m hoping that someone saw something. It’s not even the money so much, it’s just the thought of someone not handing the wallet into the lost property at the bus depot or ringing the PSNI that is the worst  thing.

“My address was in the wallet, my library card, my  Visa card, so I could have been easily contacted. There were personal photos of my grandchildren in there as well.

“I have hardly eaten a bite in days and you can’t help but blame yourself when things like this happen.”

A Translink spokesperson said: “We are aware of this incident and we can confirm that the passenger’s wallet was not handed to the driver at the end of the journey, nor has it been handed into the Metro depot.

“The vehicle was also searched when the loss was reported to us.”

The PSNI have appealed for anyone who may have seen anything to contact police on 0845 6008000.