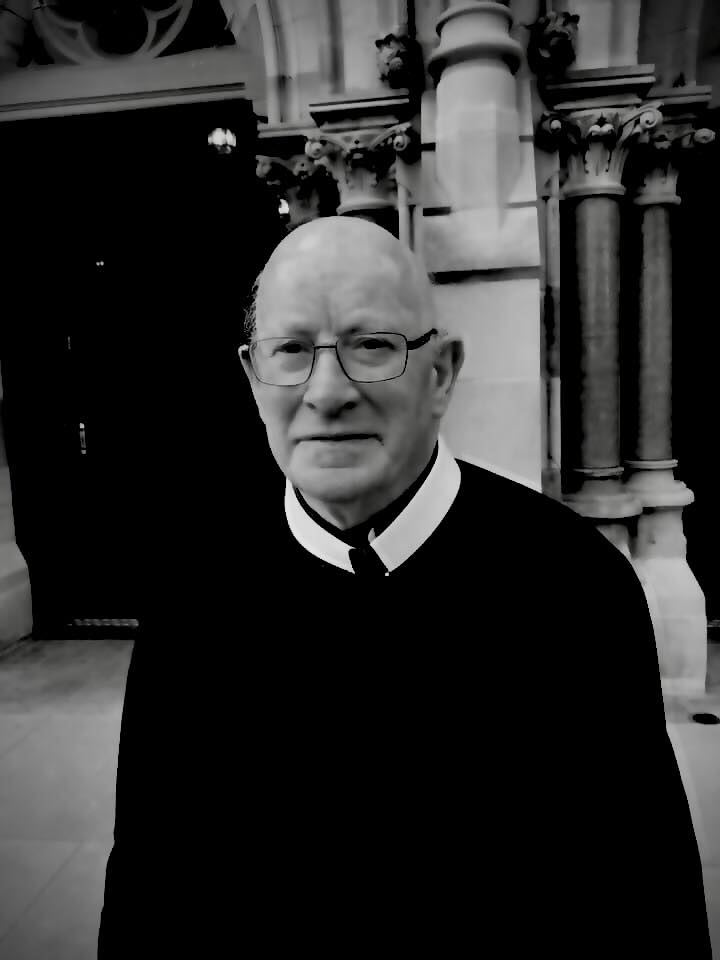 “HE was, in the very best sense of the word, a simple person. He didn’t have angles to him, he was without guile, he was good humoured, he loved a good game of Scrabble and spent hours doing jigsaws. He loved to listen to Classic FM and he loved nothing more than to be with his friends as he was a very social man.”

That is how the Rector of Clonard, Fr Peter Burns, described the late Fr Gerry Cassidy who passed away on 23 November.

Father Cassidy had returned to Clonard in 2019, having previously served at St Gerard’s Parish in North Belfast. Upon his return to the Monastery, he became part of a larger Community, who loved and cared for him like a family.

“Whenever any member of the community dies – even when a member has been living in a care home like Father Sean Keeney, who passed away in October after spending two and a half years in Railway Lodge Care Home, it is like losing a member of your family,” said Fr Burns.

“We feel the loss of one of our confreres. Gerry Cassidy was a very gentle person. He was very easy to live with, he was very undemanding, and we miss his presence and company.

Father Cassidy had spent 18 years at St Gerard’s Parish and had previously been a member of the Clonard Community between 1977 until 1990.

“He had spent a total of 18 years at Clonard and was an important member of our community, but he loved St Gerard’s and that is where he flourished.

“The residence there was quite a small, domestic house. So to move back into a big Monastery and join a much larger community wasn’t easy for him.

“His health had also begun to deteriorate, and he suffered a serious hearing loss which was very isolating for him. And the fact that he was no longer able to say public Mass he found very difficult.

“The life that he had always known had ended. This he was very aware of. It was almost as if he had to try and reinvent himself, which was something he struggled with.”

He added that Father Gerry was also a great walker, and for quite a number of years he travelled to Spain to walk the Camino.

"He was also a deeply prayerful and very good man,” said Fr Burns.

Requiem Mass for Fr Gerry took place at Clonard Monastery at noon on Saturday and was followed by burial at Milltown Cemetery.