LIAM MURPHY: Oh, for the days of fleadhs and dancing 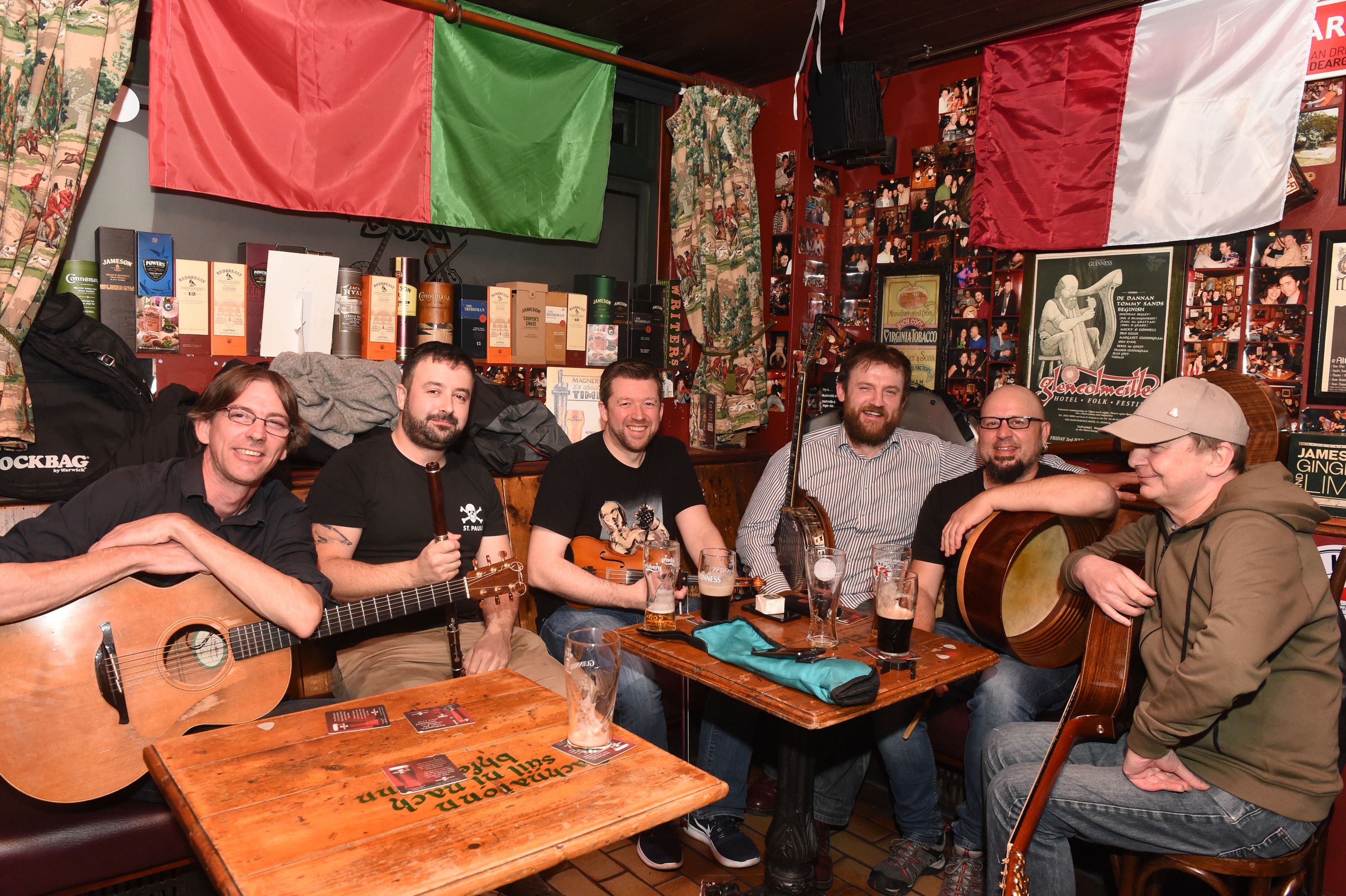 LOCKDOWN: Music and set-dancing at Madden’s have been put on hold for now

I WAS speaking to Paul McKeown last week. Paul is a busy man just now, having recently taken over as chairman of Naomh Éanna CLG after serving for a number of years as Secretary.

The ongoing uncertainty with the Covid-19 pandemic makes the task of club officials extremely difficult. Club registration usually takes place on a weekend in January but because of lockdown restrictions no-one can be sure when it will happen. Club officials are now engrossed in tasks such as senior teams sponsorship, pitchside advertising hoardings etc. Given the difficulties many businesses are experiencing at the present time it is a Herculean task but one we all take for granted.

It’s anyone's guess as to when club activities will begin, but you can be sure that when the go-ahead is given Naomh Éanna will be up and running immediately, making use of the new indoor training centre as well as the club pitches. Now the biggest club in Ulster with nearly 1,200 members, they will be hoping to build on recent successes in all codes.

“This oul’ fella is goin’ to sing,” said a girl behind us. “Sing! Him sing? He'll sing all right. Watch his feet! That's Willie Keane,” said an exasperated Eamon Maguire who was lamenting the fact that his bodhrán was still in the boot of his car.

Paul has a keen interest in traditional music and culture and our conversation inevitably turned to the cancellation last year of fleadhanna, ceilis and weekend festivals, not to mention the loss of the weekly set dancing session on Wednesdays in Madden’s Bar in Belfast.

As we reminisced, it seemed as if Eamon Maguire, Liam Mulvenna, Freddie Mawhinney, Eric McCullagh, Jim McKillop, Pat Murphy, Brendan McGee, Paul, myself and a host of others never missed a Fleadh Cheoil or a Willie Clancy Summer school in the last fifty years.

In the case of the Willie Clancy Summer School we had the great advantage of always being sure of accommodation thanks to big Maguire’s friendship with Martin Greene. Martin played senior football for Clare and later served as chairman of Clare GAA. “Gimme a ring if yer coming down. We might have to put ye in the byre but there'll be a roof over yer head.”

Martin has also been a useful contact for sourcing All Ireland tickets. On the day before Armagh played Kerry in the All-Ireland final of 2002, Breige Greene phoned me and directed me to a hotel in Glasnevin where I was handed two stand tickets. When I inquired about the price I was shooed away.

Paul mentioned one occasion nearly twenty five years ago when we met just after midday beside an outdoor stage near Queally’s Bar in The Square, Milltown Malbay, on a Saturday. Most of us had just arrived from the north and our appetites were whetted. We watched an old man being helped up the steps to the stage where he stood, a little bent over, adjusting his cap, while he waited for the musicians to tune up.

Can you help @caitlinnicg & ITMA find images/footage of legendary #doonbeg #clare dancer Willie Keane? Caitlín hard at work for Drawing from the Well episode on 17 March! Reply, DM, retweet if you can help. Thanks Tony Kearns for @ss_willieclancy image 1994. @TheRollingWave pic.twitter.com/6JGSWogyiT

“This oul’ fella is goin’ to sing,” said a girl behind us. “Sing! Him sing? He'll sing all right. Watch his feet! That's Willie Keane,” said an exasperated Eamon Maguire who was lamenting the fact that his bodhrán was still in the boot of his car. Paul used to chide bodhran maker big Eamon that he never stopped working. Eamon would play the bodhrán at sessions in pubs up and down the Main Street of Miltown Malbay. People would admire his bodhrán and try it out between tunes. There was always the same “Me” answer to the inevitable questions, “Who made this?”, “Who painted this?”

The end result was that Eamon would do some sketches, take notes of names, requirements etc and he would return to Belfast a week later with orders for 10 or 20 bodhráns. As the music started, Willie exploded into life on the stage doing a solo sean-nós dance that exhibited footwork which was breathtaking to watch. As he raised his hand to the musicians to end their tune the crowd erupted in clapping and cheering and Willie skipped down the stage steps like a ten-year-old child. What a performance! An hour later we saw him uptown smoking a cigarette and wheezing for breath. Two years later we read about his death.

Willie had been instrumental in keeping set dancing alive in Clare. He was a good friend of Willie Clancy, the uilleann piper. He resurrected the Mullagh Set and also became known as one of the best known sean-nós dancers in Ireland. After frequent appearances on TV, he toured the US with Clare’s best-known traditional artists and regularly taught set dancing at the Willie Clancy Summer School. His passing away in 1998 has left a huge void in his native Doonbeg.

Paul and I had hoped to get down to Miltown Malbay for the Willie Clancy Summer School last year. Scheduled for the first week of July it was predictably called off for the first time since it began in 1973. We then set our sights on the Willie Keane Memorial Weekend which takes place in Doonbeg, just a few miles south of Milltown Malbay, on the Bank Holiday weekend towards the end of October. Again we were disappointed as it was cancelled at short notice. Joe Russell is manager of the Donald Trump-owned Golf Course and Lodge in Doonbeg. Joe is a Tipperary man and a regular visitor to Glengormley.

Just like Martin Greene he has assured Paul and me that if we turn up for the October weekend we “will not be sleeping in the car”.  Let's hope Naomh Éanna win a title or two this year and that Milltown Malbay and/or Doonbeg will be in our sights.