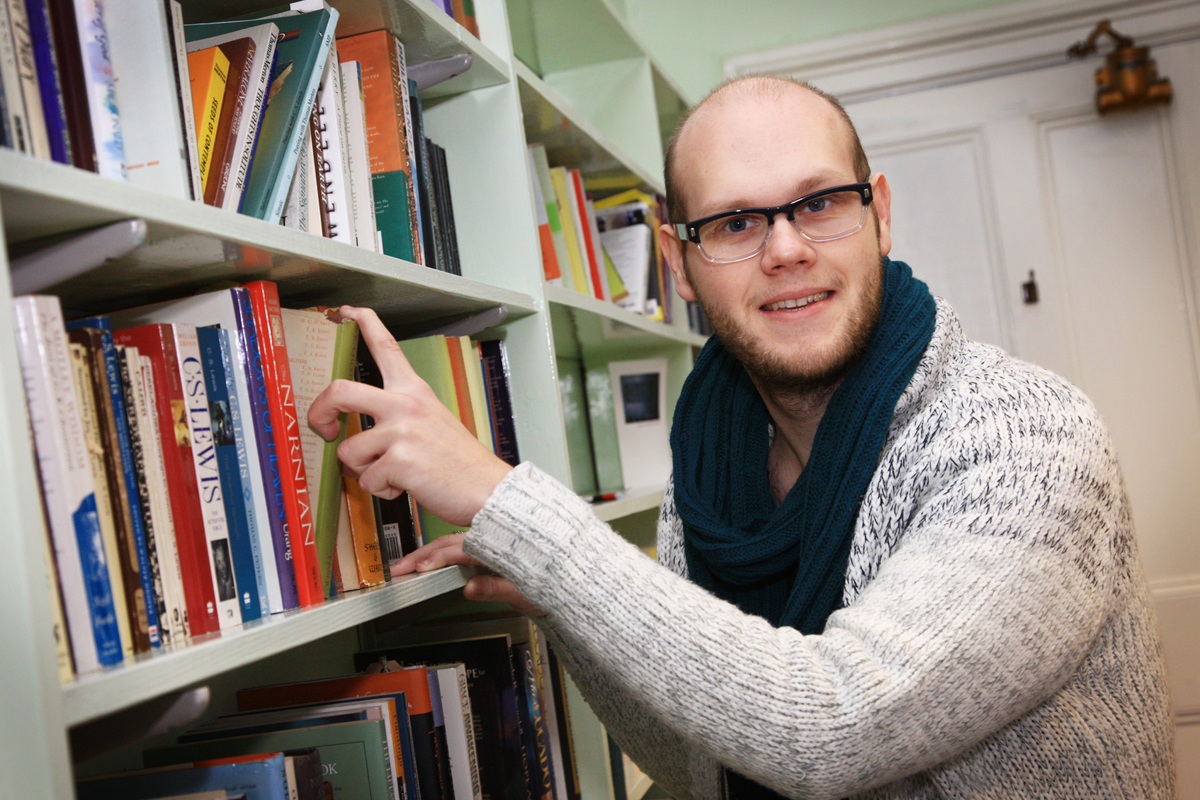 Jonathan Abernethy-Barkley is the Assistant Minister at the Fitzroy Presbyterian Church on University Street. A former Queen’s student, the South Belfast local writes and gives sermons for the church, which dates back to 1813, making it one of the oldest Presbyterian congregations in Ireland. Jonathan has also made his sermons, along with other speakers at the church, available to listen and download online.

I was born in Lisburn

I grew up in Dunmurry

I now live on the Lisburn Road

I actually became, well I’m training for the ministry at work as Assistant Minister at Fitzroy Presbyterian Church

The stupidest thing I've ever done - I regularly lose things - keys, money, glasses the list is endless, so probably reporting my visa card stolen and then finding it a week later.

The biggest thing I've yet to do - grow up

The people who inspired me most are Jesus, Hillary Clinton and my mum

The most important thing in the world is my family

My best friend would say I talk too much

The last book I read was ‘Skippy Dies’ by Paul Murray. It’s set in a Dublin boarding school, and is a good read

My favourite movie is ‘Love Actually’

The actor that would play me in a movie of my life would be... well I would like it to be Hugh Grant or Colin Firth

The song that makes me dance is Beyonce’s ‘Single Ladies’

The best place I've ever been - I have travelled but my favourite place is the beach at Newcastle, Co Down

The last text message I received was from my sister

If I won the lottery...  I don’t do the lottery so there’s not much chance of winning it. Though I like to help to make a change in other peoples lives by supporting charities and church

If I could describe myself in five words they would be outgoing, colourful, funny, compassionate and caring

If I could invite five people (living or dead) to a dinner party they would be Stephen Fry, Emma Thompson, Judy Garland and Bill Clinton

My favourite thing about South Belfast is the diversity that exists