OPINION - Dr Michael Donnelly: In this pandemic it is the same old story of health v wealth 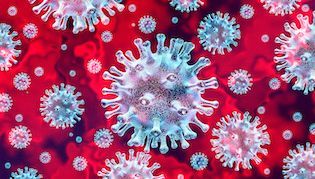 THERE IS NOT MUCH ECONOMY IN THE CEMETERY: "It is no surprise then that measures to protect the population are being opposed by tpoliticians and businesses who feel that regulations might affect their economies."

Many may have heard of public health in this pandemic but what is it and why has Boris said there may be an inquiry and public health reform?

Measures included quarantine  in the Middle Ages and efforts to improve sanitation after the plagues. Population increases brought with them increased awareness of infant deaths and hospitals.

These developments led to the establishment of modern public health agencies eg WHO and PHA and organisations, designed to control disease within communities and to oversee the availability and distribution of medicines.

This pandemic has taught us that these control initiatives should be localised and led by fully trained public health doctors, as in Germany.

The Middle Ages can be regarded as beginning with the plague of 542 and ending with the Black Death of 1348 (Ebola Fever).

Isolation began with leprosy, a serious problem in the Middle Ages.

The Black Death reached  Europe in 1347 and in three years swept throughout.The period of  isolation at first was about 14 days and gradually was increased to 40 days.
Those isolated may not have been keen but it was for the public good — as at present in areas with clustered outbreaks.

Those who brewed beer in the absence of clean water were not all supporters. These efforts were especially important in the cities, where people lived in crowded conditions in a rural manner with many animals around their homes.

This may still be the case in Wuhan and other places in rural China and other countries and in some work and housing situations here.

Advances in public health in England had a strong influence in the United States and in Ireland, where one of the basic problems, as in England, was the need to create effective administrative mechanisms for the supervision and regulation of community health.

Thus, modern public health and preventive medicine owe much to the early medical entomologists and bacteriologists. A further debt is owed bacteriology because of its offshoot, immunology.

In 1881 Pasteur established the principle of protective vaccines and thus stimulated an interest in the mechanisms of immunity and it is hoped that vaccines for Covid will become available in September.

Evidence of the effectiveness of this new phase of public health may be seen in statistics of immunisation against diphtheria — in New York City the mortality rate due to diphtheria fell from 785 per 100,000 in 1894 to 1.1 per 100,000 in 1940, within the living memory of  some readers.

Over 200 years a public health service has developed in Ireland, and by the early nineteenth century county infirmaries, fever hospitals and public dispensaries had become the most important providers of health services.

As can be imagined, the public health service, then as now, was highly political.

Throughout history those who have advocated measures to improve the public’s health have been to some degree adopted by religions eg circumcision and not eating pork by Jews or eating fish on a Friday by Catholics (to provide iodine and reduce fat) or opposed by vested interests.

The efforts to improve water were opposed by brewers since the population drank beer where the water was unhygenic and sewage was seen to be expensive.

Landlords and some politicians opposed the improvements in overcrowding and housing and large farmers the anti-tuberculin surveillance of cattle and factories the clean air act.

It is no surprise then that measures to protect the population are being opposed by those who do not like any regulations and by those politicians and businesses who feel that regulations might affect their economies. Let's not forget, however, that there is not much economy in the cemetery.

Thus the public  health sciences are conflicted in their implementation by vested interests: health v wealth.

This virus is good at exposing how humans organise their lives. Covid-2 has exposed inequalities and racial differences. It has also exposed in many countries the lack of independence and proper training in epidemiology of some doctors who are given prominence by government as their advisers so that they can say they are following the science. In fact, many follow the version which suits them at a particular moment of the pandemic.

We did not angst about face masks at the beginning because we did not have enough to go round.  What will be the squabble when vaccines are produced? Another debacle like PPE?

Micheal Donnelly is an epidemiologist.