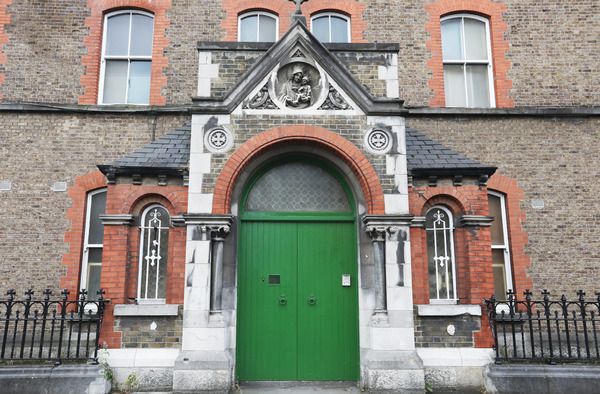 The most memorable and important resolve of the 1916 Proclamation has to be the commitment “to pursue the happiness and prosperity of the whole nation and of all its parts, cherishing all the children of the nation equally”.

Three years later this was firmed up in the Democratic Programme of the First Dáil which stated that the first duty of the Republic’s Government was “to make provision for the physical, mental and spiritual well-being of the children, to secure that no child shall suffer hunger or cold from lack of food, clothing, or shelter”.

Incidentally, another resolution of the First Dáil was that 16 memorial trees should be planted in memory of those executed in 1916. Sabina and President Michael Higgins gave effect to this by planting 16 birch trees at Áras an Uachtaráin in 2019.

In 1927, the sculptor Jerome Connor submitted a design for a new penny coin to a committee, chaired by W.B. Yeats, that had been given the task of approving designs for Saorstát Éireann’s new coinage. Appropriately, he chose a child’s head, basing the design on his grand-nephew John. Maybe he didn’t have a grand-niece.

The design was rejected, but the plaster mould survived and is held in the Decorative Arts and History collection of the National Museum of Ireland at Collins Barracks. It is one of the objects that feature in A History of Ireland in 100 Objects. These range from a pair of decorated gold discs, dated 2200-2000 BC, to an emigrant’s suitcase from the 1950s which is object number 95.

It should be no surprise that the child poverty rate in the South is seven percentage points below that in the North, given the austerity-led attack on Child Benefit and tax credits from Westminster.

The last five objects are missing from the website for some reason, but we know from the book, published in 2013,  that they include a 1950s washing machine, Father Daly’s Bloody Sunday handkerchief, housed at the Museum of Free Derry, and a decommissioned AK47 dated 2005, object number 100. Like the rejected coin design, object 100 can be seen in the museum at Collins Barracks.

Today, Buttle UK have published 'The State of Child Poverty 2020' - a qualitative study showing the impact of the COVID-19 pandemic inside the homes of some of the most vulnerable families in the UK. To read the full report, please visit: https://t.co/QiKgvHRr5B pic.twitter.com/N2tyqzzX20

The well-being of children was not the priority for the one per cent of all children that ended up in the reformatories, industrial schools and Magdalen laundries run by religious orders. As the Ryan Commission found, physical and sexual abuse were widespread in these institutions for decades.

As if the sexualised violence was not enough, physical and emotional neglect were commonplace. Complaints, if heard, often resulted in the perpetrators being protected and removed to other institutions where they continued their abusive behaviours. Oversight by the Department of Education was almost non-existent as the Department instinctively sided with the institutions when complaints were made.

The whole lengthy process of gathering and reviewing evidence of the abuses was in many ways unsatisfactory for the survivors. Abusers and the institutions they ran were able to use the law to protect their identities.

15 PER CENT DIED IN HOMES

They have worked hard to bury records and prevent access to personal information requested by the abused. As the latest inquiry – The Commission of Investigation into Mother and Baby Homes – acknowledged earlier this year, some people still lack the right of access to their identity and medical records.

Which brings us to child poverty. There are many children in Ireland, North and South, for whom there is a failure to provide adequately for “physical, mental and spiritual well-being”, as the First Dáil put it. For some children, “hunger or cold from lack of food, clothing, or shelter” is part of their daily existence. These days we would call it destitution.

Food poverty is increasingly one of the most serious aspects of child poverty in Ireland. Important poll commissioned by @SVP_Ireland. Pandemic forces one in four to cut back on food, bills https://t.co/niQa6tM3bY

How much destitution is there in Ireland? We simply do not know. No-one tries to put the information together on the numbers of children who are relying on foodbanks, charity shops for ill-fitting and seasonally inappropriate shoes and clothing, or are at home with no heating, or have no secure and permanent shelter. The destitution may be temporary or infrequent, but it will be no less humiliating and stunting.

Of course, statistics on poverty are routinely collected and published, but we often have to dig quite deeply to make sense of the figures in terms of everyday life – which is necessary for any coherent anti-poverty strategy. A couple of weeks ago, the Department for Communities published a poverty bulletin showing that in 2019/20 (largely pre-pandemic) about 100,000 children in the North – 22 per cent of all children – were at risk of poverty, that is they were living in households whose income was below the income poverty line.

In 2019, about 184,000 children in the Republic – 15 per cent of all children – were in the same position. So across Ireland, around 284,000 children are living below the income poverty line – that’s roughly one in every six children.

It is one thing to say over a quarter of a million children are living below the poverty line across Ireland. It is quite another to say how far below the line those families with children are.

This ‘poverty gap’ is concealed in the published low income statistics for the UK but appears in Eurostat data up to 2018. Households below the income poverty line were 23 per cent below it, on average, in the UK and 15 per cent below it in the Republic in 2018. In the North, in-poverty households with children were on average £55 per week below the line in 2018/19. For some 50,000 children, the shortfall was greater than this.

It should be no surprise that the child poverty rate in the South is seven percentage points below that in the North, given the austerity-led attack on Child Benefit and tax credits from Westminster.

In the ten years from 2009, the real value of UK Child Benefit was cut by 18 per cent while the state pension, far from generous by European standards, was increased by 8 per cent.

As a consequence of this devaluation of Child Benefit and other social policies impacting on children, the UK has fallen down UNICEF’s league table of child well-being in rich countries, while the Republic has improved its position. In 2010 the UK was ranked 16th but by 2020 it was down to 27th place. Over the same period, the Republic went up from 10th to 8th.

Thought of the week? Better to be hearing the laughter of children than seeing 12 year olds arrested for rioting.