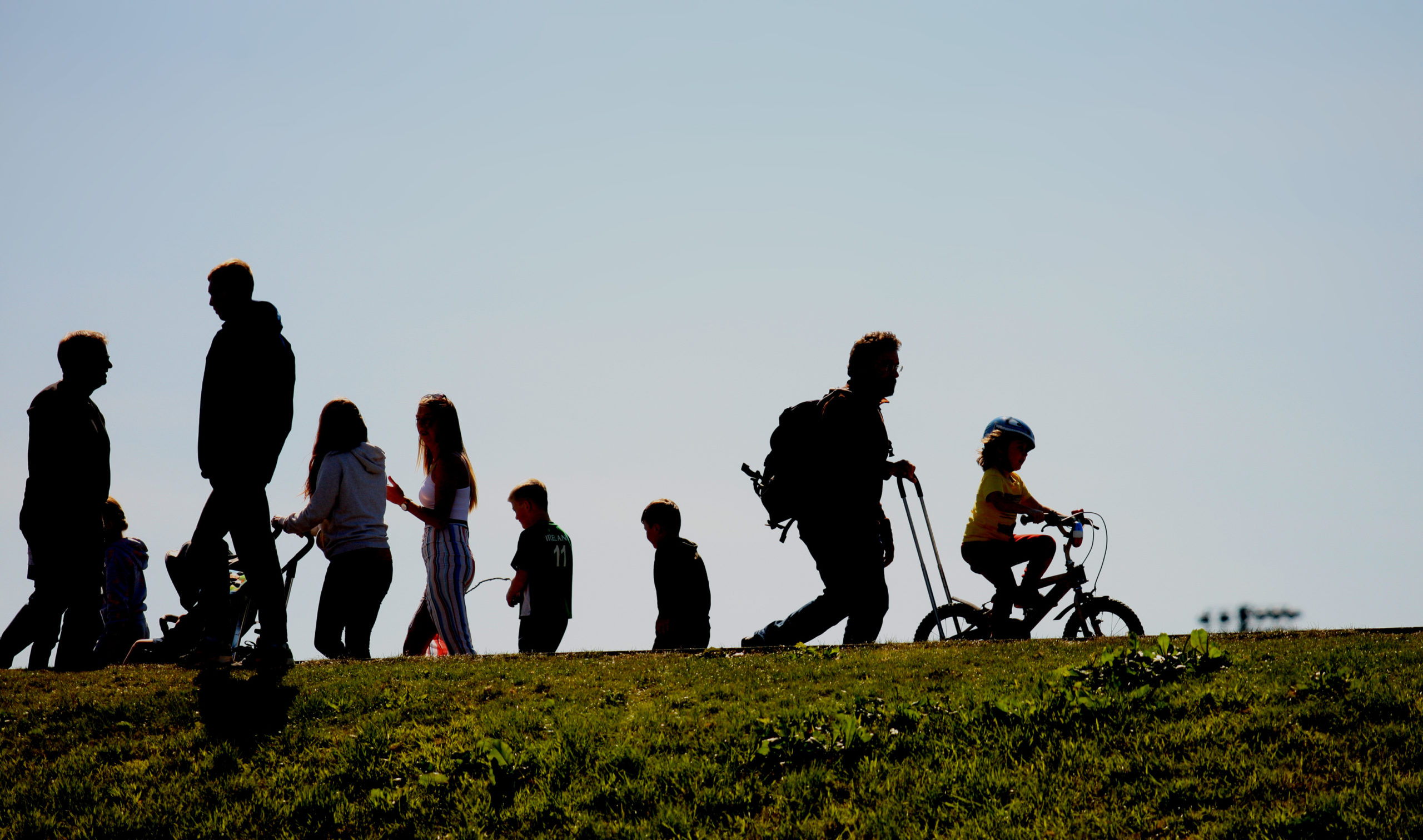 AS I drove down the Antrim Road last Saturday on what was my first car journey of more than a mile I listened to Raidió na Gaeltachta. I must admit that I don't understand all that I hear but I ‘get the gist’ of most of it. I choose this station because of the wonderful supply of traditional music.

There was a discussion on Covid-19 – no translation of the term – and it struck me that it is probably the most understood one throughout the world.

Covid-19 is, of course, a shortening of Coronavirus disease 2019 and as the spread of the disease has changed the lives of billions of people worldwide it has brought in a new vocabulary to the general public, encompassing specialist terms from the fields of medicine and epidemiology (for me that word didn't exist until six weeks ago). We have also embraced new terms, words and acronyms to express the imperatives of imposed isolation and distancing. In a phone text I learned that one of my contacts was WFH. I didn’t admit my ignorance until he mentioned the lack of PPE (everyone knows about Personal Protection Equipment) that I realised he claimed to be Working From Home!

Throughout history as diseases spread so did a related vocabulary and word abbreviations. Many of us frequently used the abbreviations without having the  slightest idea of their origin or meaning. poliomyelitis became known as polio when it struck fear into the community in the 1940s. AIDS (acquired immune deficiency syndrome) appeared in the 1980s and SARS (severe acute respiratory syndrome) in 2003.

EXPERTS ON THE SPANISH FLU


The Coronaviruses (so-called because they resemble the solar corona (they have nothing to do with a certain bottled beer!) were first described in 1968 but it is only in the past two months that the term had become into everyday use with us. Nowadays we are all experts on the history of the Spanish Influenza, China Flu etc and celebrities such as Donald Trump have assisted us to understand the politics of the medical world. Trump’s utterances on Covid-19 have changed daily. His early comments now appear incongruous.

10 Feb: “Looks like by April, you know in theory, when it gets a little warmer, it miraculously goes away.”

27 Feb: “It's going to disappear. One day, like a miracle, it will disappear.”

9 Mar: “The fake news media and their partner, the Democratic Party, is doing everything within its semi-considerable power... to inflame the  CoronaVirus situation.”

15 Mar: “This is a very contagious virus. It's incredible. But it is something we have incredible control over.”

17 Mar: “I felt it was a pandemic long before we called it a pandemic.”

If the world situation wasn’t so serious we could have a good laugh.

Trump is not the only one to employ soundbites when discussing Covid-19. Boris Johnston and his cabinet members have taken great pains when hosting the daily presentation from Downing Street on Covid-19 to use language which attempts to make us forget the dithering and lack of decision making by the Cabinet for three weeks in March while the number of infection in the UK grew from 200,000 to 1.5 million in just nine days.

In the daily update, a smokescreen is drawn over the lack of action in March and, instead, we are told in colourful language what our marvellous government are going to do, tomorrow, next week and in the future. We hear terms such as “the way forward,”  and “the way out” not to forget that “there's light at the end of the tunnel,” and “where the Conservative government have a will, there's a way.”

One of the by-products of watching the daily update is that I am learning the makeup of the cabinet but I forget their names as they retreat from the lectern.

Last week the Transport Secretary talked about “ramping up” the number of tests.

We’re ramping up #coronavirus testing across the country - with over 65s, those needing to leave home for work & those with symptoms - plus members of their households - now eligible for tests. Sign up details: https://t.co/ZFUlwBXtXq pic.twitter.com/AoSTvnswSZ

The following day I witnessed the diminutive Home Secretary, Priti Patel. She didn't use the term “ramp up”. She didn't need to as she herself is ramped up. She had a pedestal to stand on so that we could see her head above the lectern.

However, when it comes to memorable quotes about Covid-19 the out and out winner is the Irish Minister for Health, Simon Harris. When asked about a possible vaccine for Covid-19 he replied, “Remember this Coronavirus, Covid-19 - that means that there have been 18 other Coronaviruses, and I don't think they have actually found a vaccine for any.”

By his own admission this was “an awful boo-boo".

He got that right!