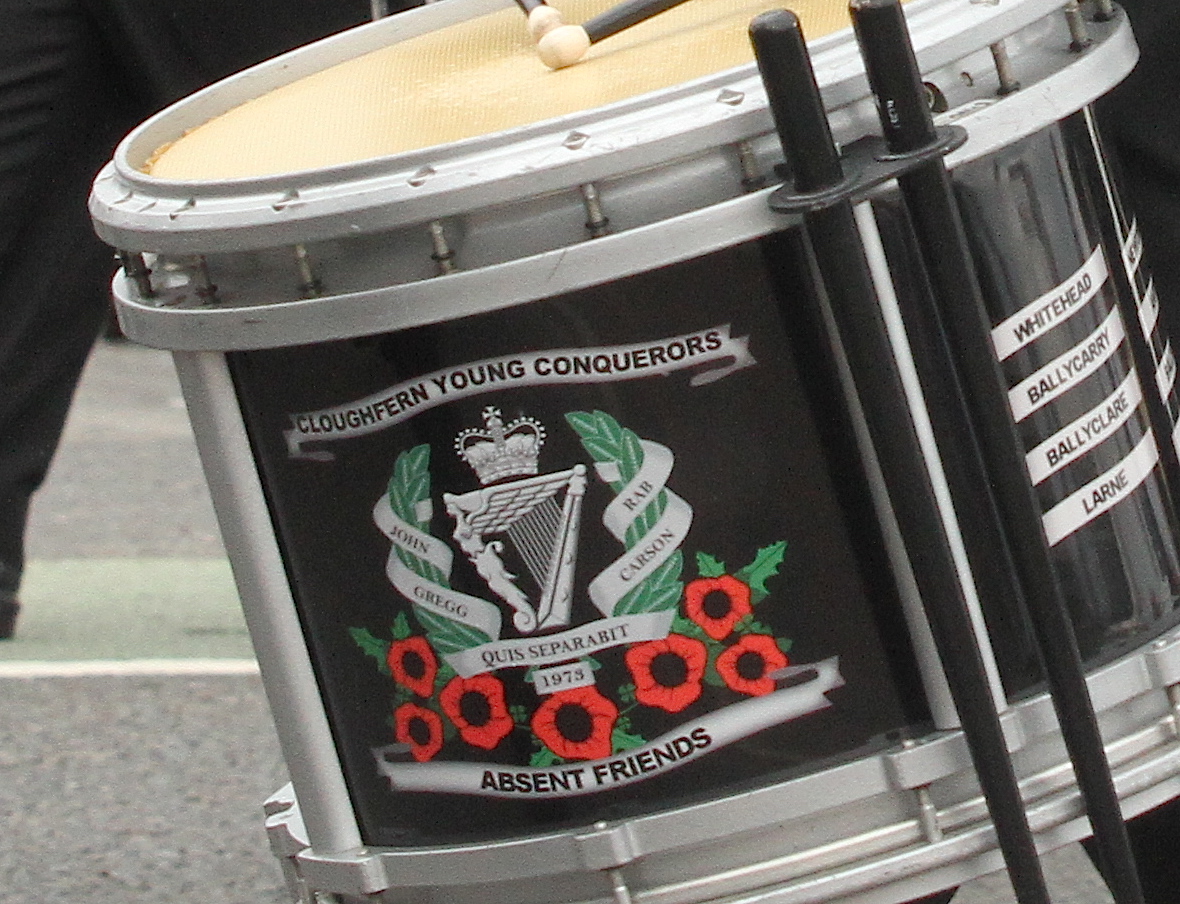 The names of UDA leaders John Gregg and Rab Carson, which adorned the drums and uniforms of the Cloughfern Young Conquerors band in 2015

The Parades Commission decision to refuse permission for an Orange Order parade on Saturday has been hailed by the local residents’ group.

The No. 9 District Loyal Orange Lodge Parade has been restricted from walking on the Springfield Road for the second year in a row, after the Cloughfern Young Conquerors band in 2015 broke the determination by carrying drums emblazoned with the names of two UDA commanders. John Gregg and Rab Carson, shot dead in a loyalist feud in 2003.

Gregg served time in jail for his role in the attempted murder of Gerry Adams in 1984.

The band had again formed part of the Loyal Order’s application to march on the Springfield Road.

In its determination, the Parades Commission said it noted there was a continued lack of dialogue despite the Springfield Residents’ Action Group making representations to the Commission that “an agreement is feasible”.

“The parade’s notification to cross the peace line at Workman Avenue and to proceed along the Springfield Road through the otherwise closed security gates has not followed the community consultation approach,” the ruling reads. “There has, to the Commission’s knowledge, been no communication amongst the communities regarding the proposed parade this year. It is instead opposed by nationalist residents’ groups and political representatives.”

It continues: “No part of the parade may cross the peace line at the Workman Avenue gates.

Sean Murray from the Springfield Residents’ Action Group said they were pleased with the determination.

“Obviously the residents’ group are delighted with that determination and on that basis we have withdrawn a protest that was to be held,” he said. “For us it's the realisation of a five-point plan with this being the last outstanding issue. It consolidates last year's determination and we are delighted. We will be in again with the Parades Commission regarding the Twelfth parade and will be asking for the same thing, for the full parade to be processed through the Invest NI Site."