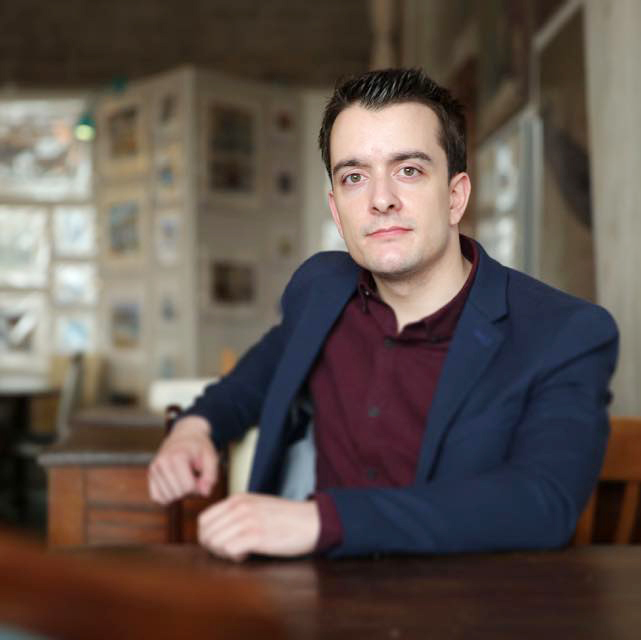 “All over Ireland there are oul’ fellas hashin’ about everything,” says award-winning Impartial Reporter journalist Rodney Edwards on the inspiration behind his new book, ‘Sure, Why Would Ye Not?’

The book, published by Blackstaff Press, is a collection of anecdotal conversations between two of those oul’ fellas – Bob and Charlie – who attempt to put the world to rights in the rich, colourful, sometimes strange and often hilarious patois of their native Fermanagh. But while the book is determinedly local in its language and references, its humour and its personal insights give it a universal appeal.

“Bob and Charlie have little patience for the ogeous handlin’s they find themselves in, they bemoan the clatty days when it’s teemin’ out of the heavens, and they regularly blame Frank Mitchell or Barra Best for their misery,” says Rodney. “They tongue and hash about the price of things and they try to avoid their wives by footerin’ outside.”

We all know our own Bobs and Charlies, whether their backdrop is the rural beauty of the Lakeland County or the huddled streets of inner-city Belfast. Men just like to yak.

“You see characters like Bob and Charlie everywhere,” says Rodney, “at the ends of roads, shops, funerals, never more than two at a time. They complain, they laugh, reminisce and help one another.

“I think the book celebrates the uniqueness of the Irish turns of phrase. I hope that Bob and Charlie will remind readers of growing up, of family life and of Irish country ways.”

The book is based on Rodney’s much-loved column in the Impartial Observer, ‘Why Would Ye Not?’, which is in essence, says the author, “a tribute to the great sense of community that exists in Ireland.”

“But most of all,” he says, “I hope Bob and Charlie will make you laugh out loud and remind you that there is no place like home.”

No doubt Bob and Charlie would have much to say on the perils and challenges of the coming festive season – but for many they’ve solved the perfect Christmas present dilemma.

‘Sure, Why Would Ye Not?’ is on sale now from Easons, Waterstones and Amazon priced at £7.99.