Owner would accept dog having to be put down 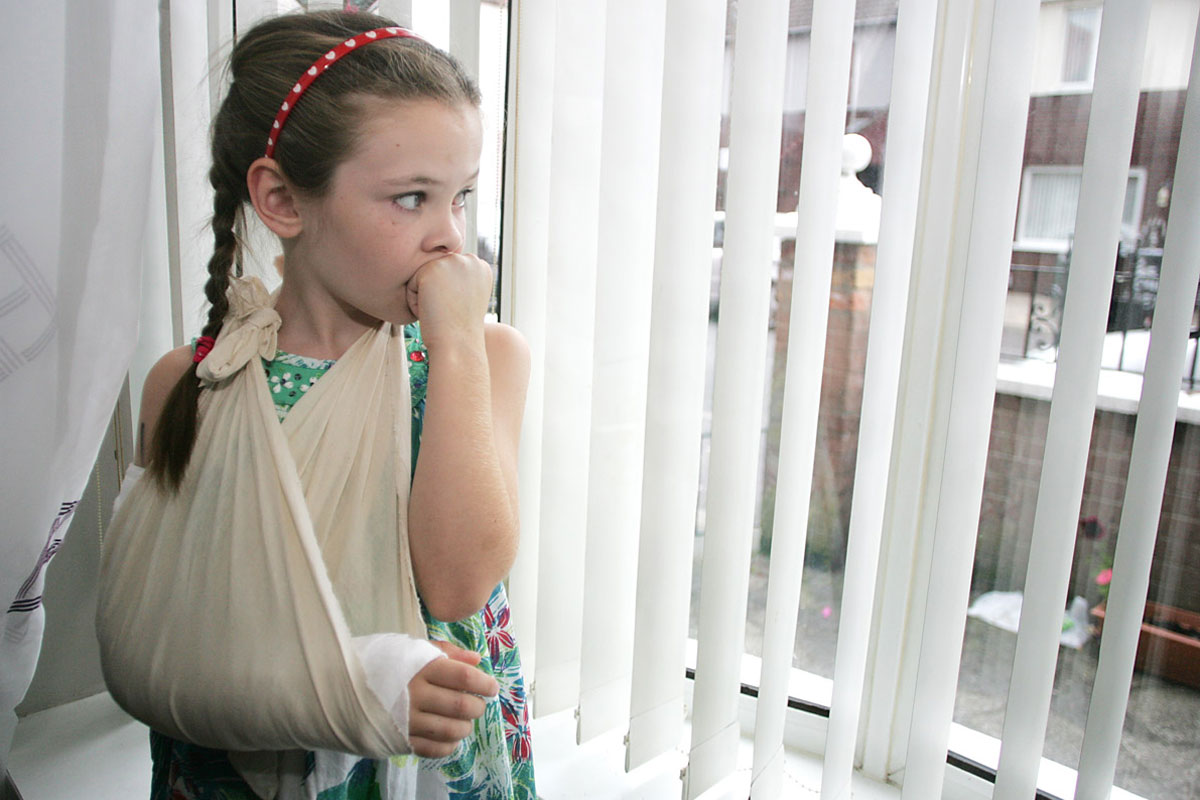 The owner of a dog that left an eight-year-old girl with serious arm injuries after biting her says he will accept it if the dog has to be put down.

Michael O’Connor from Cliftonville Drive said it was “unfortunate” that Orlaith McCann was bitten by the dog, which he says was a 13-week old bulldog puppy.

The incident happened on Tuesday, August 16 when Orlaith went to pet the dog through the front gate of Mr O’Connor’s home.

He was not in the house at the time but said he believes the dog, which he says is fully registered, went for Orlaith’s sleeve.

The bite left Orlaith with two broken bones and a metal plate permanently inserted in her arm.

Last week her father Donal expressed his concern that the dog had not been seized by the Council’s dog warden over a week after the attack.

“It was the pup, it’s only 13 weeks old. From what I can see the girl put her hand through the gate and the dog went for her sleeve and unfortunately the worst happened,” Mr O’Connor told the North Belfast News.

“The young girl unfortunately got bit. If dogs have to be out down then they have to be put down.”

He said he has a six-year-old daughter of his own who has never been bitten by the dog.

Orlaith’s father Donal McCann said the dog should have been seized pending investigation.

A council spokeswoman said they are continuing to investigate the incident and have spoken to the owner of the dog alleged to have bitten a child.

“We have also taken statements from the injured party and other witnesses,” she said.

“The council doesn't have any powers to seize a dog and we must follow proper procedure. We are committed to protecting the health and safety of the public and treat complaints of this nature very seriously. It would not be appropriate to comment further at this time."