Paddy plans to power ahead 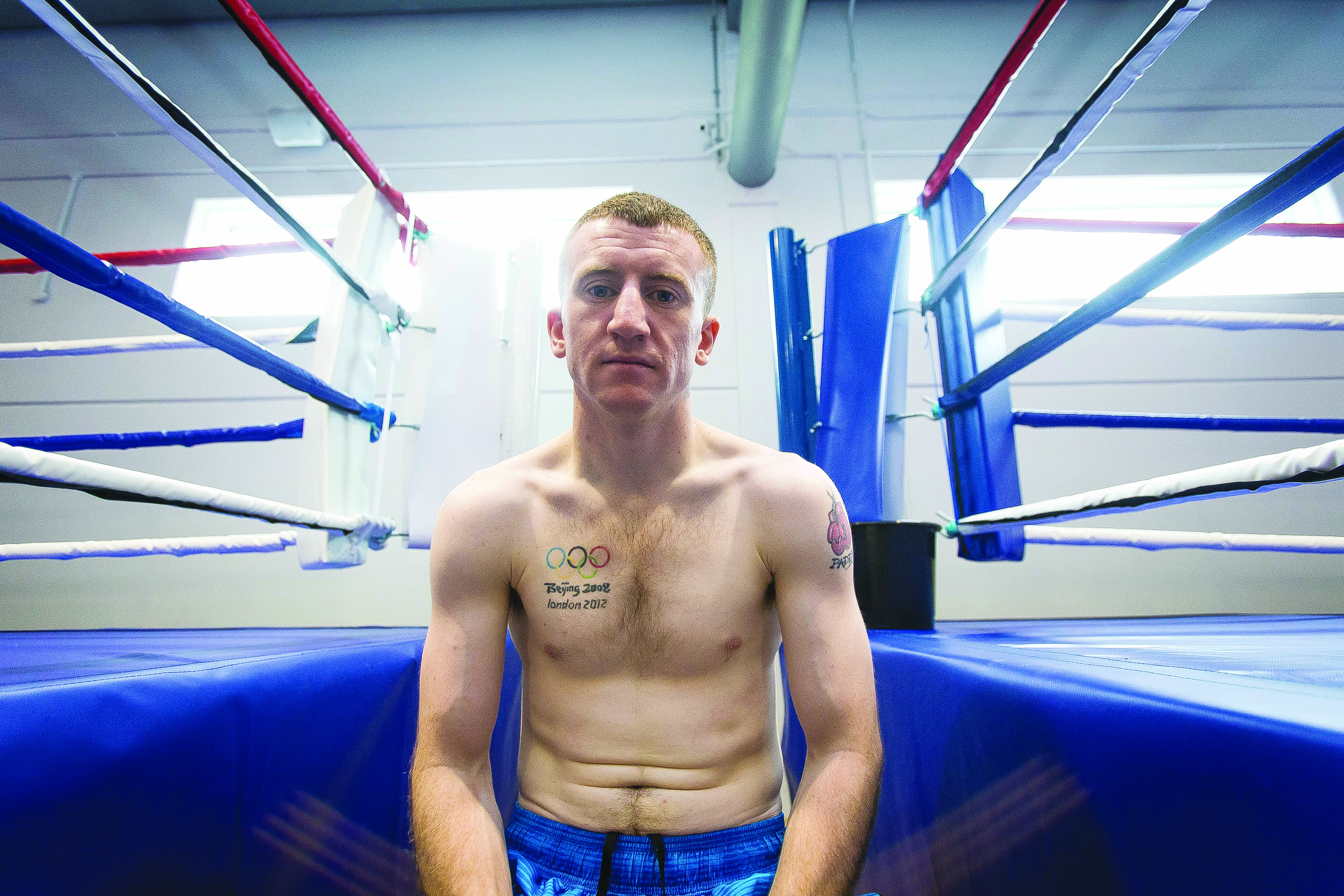 PADDY Barnes was in a bit of a rush on Friday. In fact, for the next couple of years he plans to keep it that way. At a press conference at Titanic Belfast for his close friend and fellow Olympic medallist, Michael Conlan, Barnes got the call that his fiance Mari had gone into labour for the birth of their second daughter, Fíanna.

This came just after he told of his plans to get on the title trail as quickly as possible when he begins his professional journey this Saturday at the Titanic Exhibition Centre against Bulgaria’s Stefan Slavchev (8-24-1).

He could actually have been fighting for a belt this weekend, but the imminent arrival of his second child ensured he couldn’t focus all of his attention on the noble art.

“The new journey starts this week so I'm looking forward to it,” said the double Olympic medallist and double Commonwealth gold medallist.

“I actually could have fought for a title in my first fight, but I turned it down because the mrs was in hospital and I couldn't train properly. I would be ready for a title ASAP.

“Really, I wouldn't have made my debut this year, but because the opportunity was there to have it in Belfast.... That's something I really wanted to do and it's something I put so much work into to make it happen.

“The debut is this week so I'm looking forward to it, can't wait now.”

The 29 year-old, who will campaign initially at flyweight, has as fine an amateur pedigree there is and is confident he can transfer those skills into the paid ranks.

It really is a quick turnaround for the North Belfast man having just competed at the Rio Olympics two and a half months ago, but there was no waiting around to start his professional career and the opportunity to make his debut on home turf was too good an opportunity to turn down.

“I had about a month off or six weeks, but I was bored and just wanted to get back into it,” he explained.

“I think with a show in Belfast I just got stuck back in because I always wanted to make my debut in Belfast.”

With most professional debutants, there is the pressure to become a ticket-seller as that is how the game works, especially in the early stages.

However, given his already high profile, the Irish boxing public will flock to the Belfast docklands this week to catch a glimpse of someone who has flown the flag with great distinction for Irish boxing over the past decade and more.

“I have that name I suppose and one of the biggest in Ireland apart from (Carl) Frampton,” he agreed.

“With the Olympic Games and Commonwealth Games I have been fighting on TV, so I would be popular that way.”

That popularity ensured that ex-pro and friend, Matthew Macklin was quick to sign the vastly talented Barnes up to a management contract with his MGM stable.

Indeed, the Marbella-based organisation have been making a habit of snapping up Irish talent including Conlan and just last week, West Belfast's Alfredo Meli was the latest to put pen to paper on a deal with the ever-expanding brand.

“They are signing nearly every Irish boxer, but also every top boxer in the world,” notes Barnes.

“Everyone is going to be with them in another two years' time. It's just getting bigger and better, so it's a great team to be with.”

While his management team is in place, the same is not true just yet of his future trainer and after this fight on Saturday, Barnes will travel across the water to link-up with a new team.

“To be honest, I'm just training with myself at the minute,” he revealed.

“I have a few people helping me from my amateur club (Holy Family). After this fight I'm going to go to England and do it properly, but for this one I have just really been training myself. I'll just go to England after this and go around a few coaches to see who I gel with best.”

There will be no shortage of offers to work with a man who has all the attributes to go far in the pro game and while he will make his debut this week, he is hopeful he can share the St Patrick's Day bill in Madison Square Garden with Conlan.

He says “it is looking good” that will be the case and having soldiered with the Top Rank-signed fighter in the Irish High Performance Team over the last number of years, it is a natural fit.

Both men were of course left disappointed after the summer Olympics in Rio for different reasons and while the Games will always hold a special place in his heart, Barnes says he has left the amateur scene behind him and is instead excited as to what the future holds.

“I'll still be disappointed I never won that gold medal, but the Olympics is a distant memory for me now,” he admitted,

“I don't even care about it. Obviously they meant a great deal to me, but people saw how corrupt it is. For me, not all but most of the medals are tainted from those Olympic Games. I don't think about it anymore or dwell on it too much."