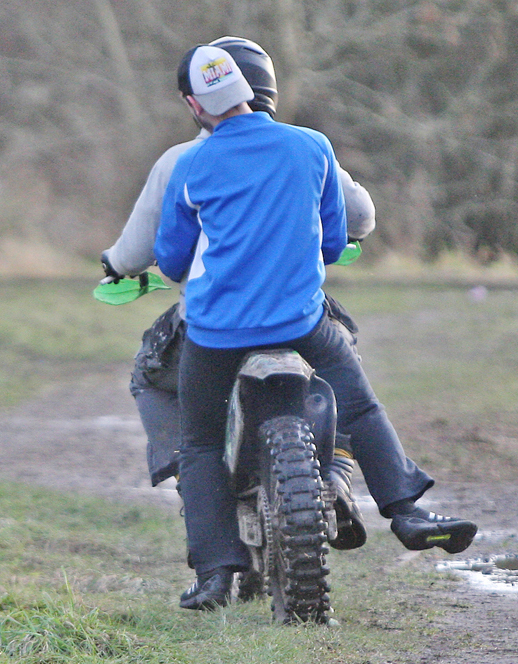 The PSNI are clamping down on scramblers

PARENTS in West Belfast are being warned that they face  prosecution if they allow their children to use illegal off-road vehicles.

Police issued the stark warning after an increase in the use of quads and scramblers over the festive period with both children and parents receiving police cautions.

The warning comes five  months after 35-year-old West Belfast woman Valerie Armstrong died when she was struck by a scrambler while she was walking her dog in Colin Glen Forest Park. A 17-year-old male has been charged in the wake of the death of the Poleglass mum-of-three with causing death by dangerous driving and having no insurance

Writing on the PSNI West Belfast Facebook page this week, police warned: “The warnings about scramblers continue to go unheeded. Yesterday it was Cluain Mor that was affected. Take a moment to read the other posts below so you are aware of the law.

“Off-road motorbikes of any size are illegal on the roads unless modified to match the standard of road bikes. Road bikes must have lights, number plates, MoT and insurance.

“The use of a scrambler off-road requires the express permission of the landowner. They are banned in local parks and forests. As we've said previously, we can seize the bikes and prosecute the riders. Stay safe.”

And that was not the only stern warning in the past week. On Christmas Day PSNI West Belfast posted the following message: “Not such a merry Christmas Day for three teenagers earlier when they were caught following a report of scramblers raking around a local park.

“They have been served a warning ref CADA (Crime and Disorder Act), so if there’s a next time then the bikes will be lost to them forever.

“In addition to that they have all been cautioned for a number of motoring offences and their parents have also been cautioned for permitting no insurance. Reports will be submitted to the PPS. We have been warning about this type of activity/behaviour for some time now. We're not bluffing!”