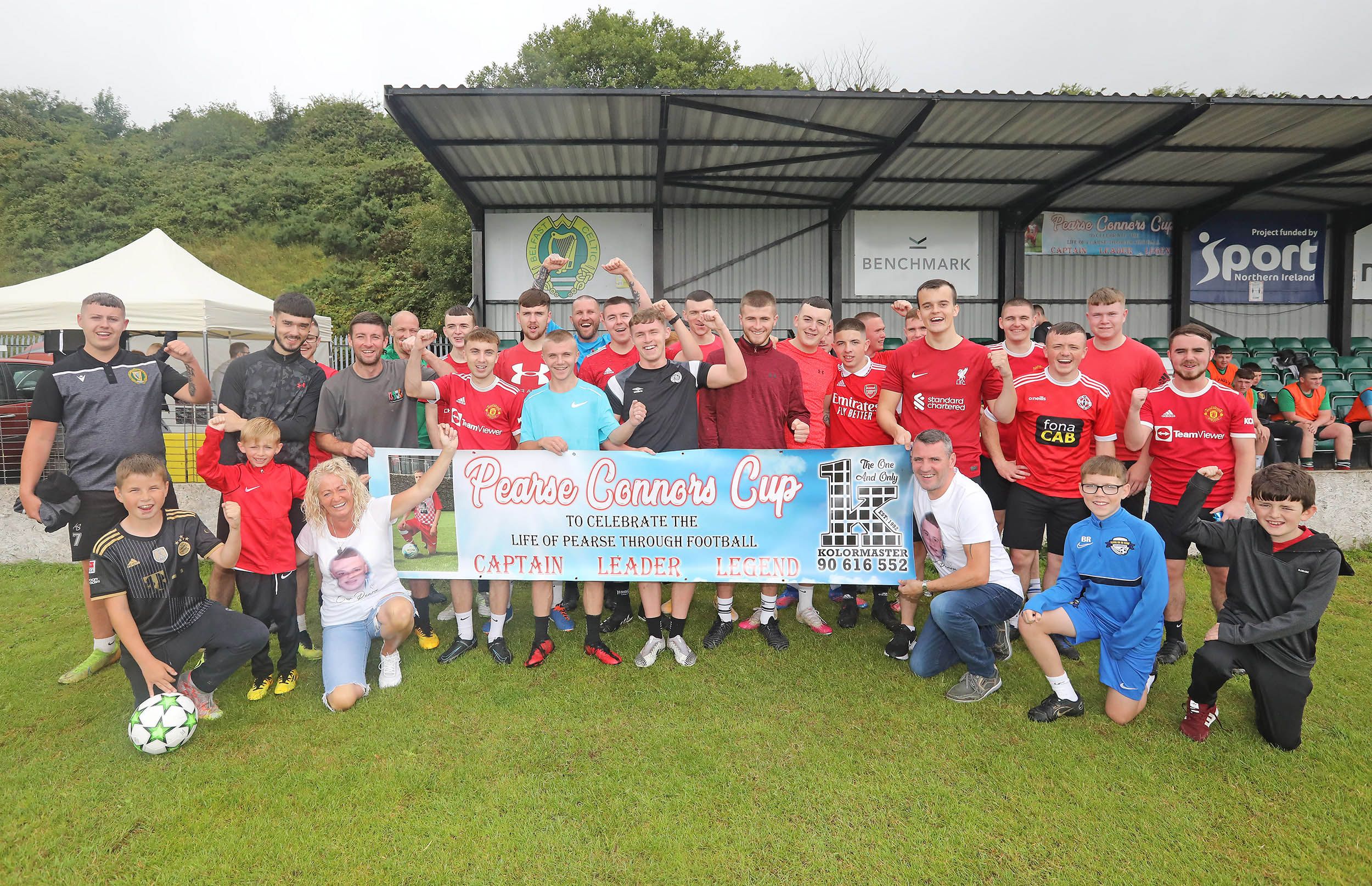 MEMORIAL: The family of Pearse Connors joined his friends for a football tournament in his memory

THE family of a West Belfast teen who died through suicide have thanked the local community for their support in organising a football tournament in his memory with all money raised going to West Wellbeing.

De La Salle College pupil Pearse Connors was 16 when he passed away in January 2020. He was a keen footballer having played for St Oliver Plunkett.

The memorial event was held at Belfast Celtic's Glen Road pitch and saw young people from Glenparent Youth and St Oliver Plunkett come together to compete in his memory.

Speaking to the Andersonstown News after the event, Pearse's mother Michelle said that it was a great success.

"We don't know how much we have made yet as we are still counting the money. Once we have that complete, whatever we have raised will go directly to West Wellbeing.

"We want to keep Pearse's memory going as he touched a lot of hearts in the area. He attended Glenparent Youth Club and all of the kids who played in the tournament knew him either through the youth club or Oliver Plunkett."

Michelle added that she would like to thank those who donated prizes.

"We would like to thank Glenparent and everyone who had an impact on organising the day. We would also like to send a big thank you to everyone in the community who came out to support the event."