WATCH: Footage of rare Pine Marten captured in daylight on the Belfast Hills 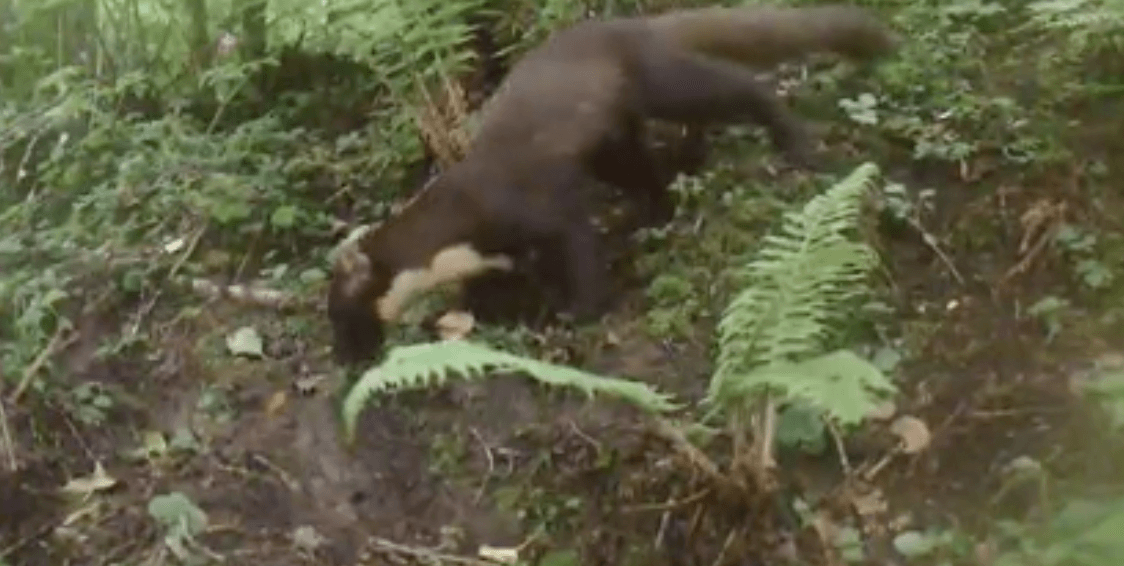 UNCOVERED: A pine marten spotted during daylight hours on the Belfast Hills

A LOCAL conservationist has captured stunning daytime footage of the elusive pine marten in the Belfast Hills.

The footage was captured by 23-year-old Ballymurphy man, Aaron Kelly, who recently made the ground-breaking discovery of a population of the rare mammal in the Belfast Hills.

Pine martens are native to Ireland but had become extinct in most parts of the island by the 20th century due to hunting, loss of habitat, and poisoning.

Recent footage of the mainly nocturnal pine marten sheds further light on their activity in the Belfast Hills.

Aaron explained: "At this time of year we have longer days so it's cutting into their nighttime schedule, so they'll be out in the early hours of the morning. They're usually out at nighttime but you're more likely to catch them during the daytime in the summer."

"That one is the male, and from what I've been told and taught – and I've caught a load of them on camera – I think he's the only male between Lámh Dhearg over to the side of the Shankill, because they can have about a 5-mile radius in their territory," he said.

"They'll have multiple females that they mate with so he has the pick of the litter with all the females across those hills."

As part of their efforts, Aaron and a number of other conservationists recently installed  a number of breeding and feeding boxes for the pine martens.

In the time ahead Aaron will work alongside the Belfast Hills Partnership on plans to carry out a survey of the local pine marten population.

"I want to accurately get the numbers, because it's very hard to tell the difference between them," he stated.

"We've had activity around the boxes. I wouldn't go close enough to check if they're there but there are some scats on top of the boxes."