Police and insurance companies should be proactive over stolen cars 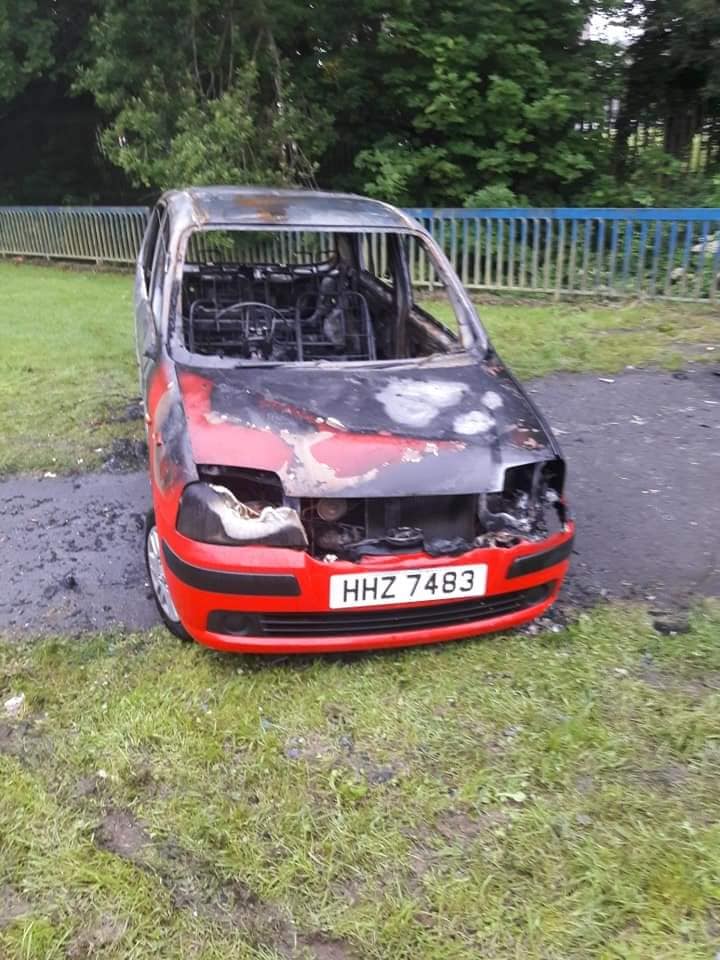 BURNT OUT: The stolen car that was left abandoned

A LOCAL councillor has called on police and insurance companies to me more proactive in removing stolen vehicles after conservation volunteers had to drag a burnt-out car off a busy Poleglass pathway.

Despite sitting burnt out some time during the week, Sinn Féin Councillor Stephen Magennis explained how the car remained in the area over the weekend.

When vehicles are stolen and abandoned, it is often the owners’ insurance companies that bears responsibility for removing them. However, Cllr Magennis has called for a more proactive approach from both police and insurers to remove dangerous and eyesore cars.

“The cops told the conservations volunteers not to lift it because the insurance company was going to lift it, but it was in an awkward area because it would be the pathway that people would use coming down from Colinbrook and Springbank to the Colin Mill shops and the local school,” he said.

“The volunteers actually went up and trailed it off the pathway, but it was still there over the weekend and that is a common theme when there are cars burnt or abandoned.

“Two weeks beforehand there was a car burnt on the Bell Steele Road and it was burnt in the early hours of Friday morning and only because I got onto the cops and gave off it was lifted on the Friday evening. The car was right across two lanes to the point where the buses were having issues getting around it.

"It shouldn’t be battled out with a car left on the main road or left in as an eyesore in front of local schools or wherever the case may be. It should just be lifted, taken out of the area and then it can be worked out from there, whether that’s taking it to a lockup where they keep other stolen cars.

“I have raised this with police and will continue to raise it because there’s nothing worse than seeing burnt cars lying about the area for long periods.”