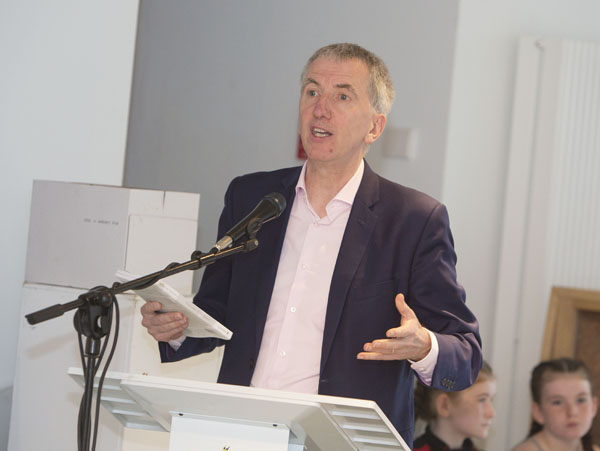 A BRIEFING paper issued by the Department of Finance on the future of the health service has suggested prescription charges could return to help plug a funding gap in the local NHS.
The budget briefing document sets out a number of scenarios that will need to be addressed by the department in the absence of an executive ahead of any new budget being agreed.
On the back of what is says is huge pressures on the health service they say that scrapping prescription fees could save £20 a year. Other changes proposed include an increase in dental charges, the introduction of parking charges in facilities which are currently free, means tested day care services and the increase of the cost of meals on wheels services.
The department says publishing the scenarios is “unusual” but the “purpose is to illustrate the kinds of choices that will need to be considered by ministers in reaching agreement on a budget.”
Public feedback on the proposals is being sought with a closing date set for submissions set for January 26.
Former finance minister Máirtín Ó Muilleoir said the Tory austerity agenda was to blame for the financial crisis.
“The paper clearly shows that Tory austerity, which has already taken over a billion pounds out of our public services, is set, as we have warned, to continue unabated. Shamefully, the DUP has signed up to this Tory austerity agenda.
“We have only just seen the document and will take time to study it in detail but it can be taken as read that Sinn Féin will continue to oppose any cuts that impact on our public services and communities.
"These are cuts being imposed by the Tories and supported by the DUP but I do not believe they are justifiable or acceptable.
"The DUP had an opportunity to end austerity. Instead it propped up a Tory government determined to impose vicious cuts on our public services.
"I have requested a meeting to discuss the document with the Head of the Civil Service and the Department of Finance Permanent Secretary.
"Sinn Féin has also requested meetings with all government departments to discuss the implications of these financial scenarios
"Sinn Féin remains committed to restoring sustainable political institutions based on equality and rights which command public confidence and can deliver for all the community.”
However, DUP MLA Paul Frew hit back on social media blaming Sinn Féin for the crisis.
“With publishing of financial pressures for Northern Ireland today we see the real reasons why SF won’t form an Executive here.
“SF was to bring forward a budget in autumn last year but failed to do so. They just don’t want to be in a position of responsibility with this or Brexit.”