Pressure grows for flats to be demolished 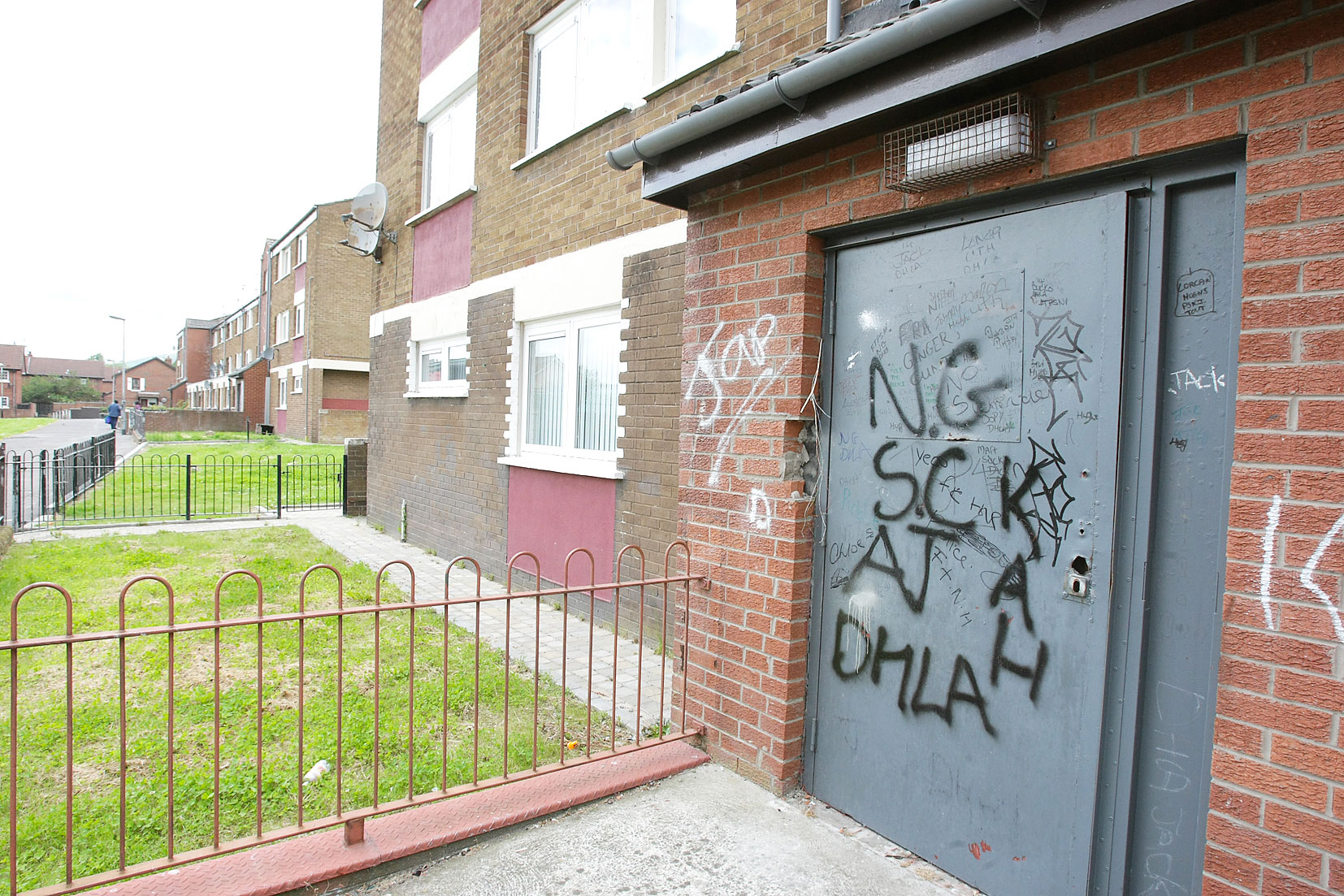 Residents living in Ross Street flats have hit out at the Falls Residents’ Association, accusing them of not consulting over future plans for the site.

For years we have reported on the gangs that terrorise residents living in the lower Falls street, particularly inhabitants of the remaining flats that were not demolished when others were torn down.

The thugs regularly break into the remaining flats, drink in the communal areas, verbally and physically abuse terrified residents and vandalise the flats and surrounding area. Those who have to live there day and daily are not convinced that anything other than demolition can solve the many problems that plague the complex.
Last week we reported that the Housing Executive plans to install CCTV at the flats and erect two-metre high fencing around the entrance. A spokeswoman for the Housing Executive told us the measures were being carried out following consultation with the Falls Residents’ Association, but residents say they have not been consulted.

“I would like to ask why the residents of Ross Street who have to endure the crime and anti-social behaviour day and daily have never been consulted, why are the Falls Residents’ Association making decisions on our behalf?” said one resident who contacted us this week. “The Housing Executive is also saying there are no plans to demolish the flats and there have been no proposals from the residents' association in that regard.”
The resident referred to a statement made by the FRA three years ago in which the existing block was also highlighted as a concern with a call for it to be demolished.

“Talk is cheap and basically that is all it was because how can you make that statement and three years on agree to CCTV being installed and railings erected in place of demolition?” asked the resident.

“Over the years we have seen all sorts of work being carried out by Housing Executive to make the flats safer and stop people breaking in. First it was wooden doors, that didn't work; then it was metal doors, that didn't work either; and finally heavier steel doors were installed and, surprise, surprise, the hooligans still managed to vandalise them and all the time the Housing Executive were telling everyone that these doors would keep them out and everyone would feel safer.

“It would be interesting to know the actual amount of money that has been spent and wasted on these flats over the years, it seems the Housing Executive has a bottomless pit when it comes to these flats.

“A lot of people I have spoken to do not want CCTV cameras or railings installed and so would ask the Housing Executive to put any plans on hold until they have spoken to the residents. Any attempts to proceed with any work before this will be stopped.”