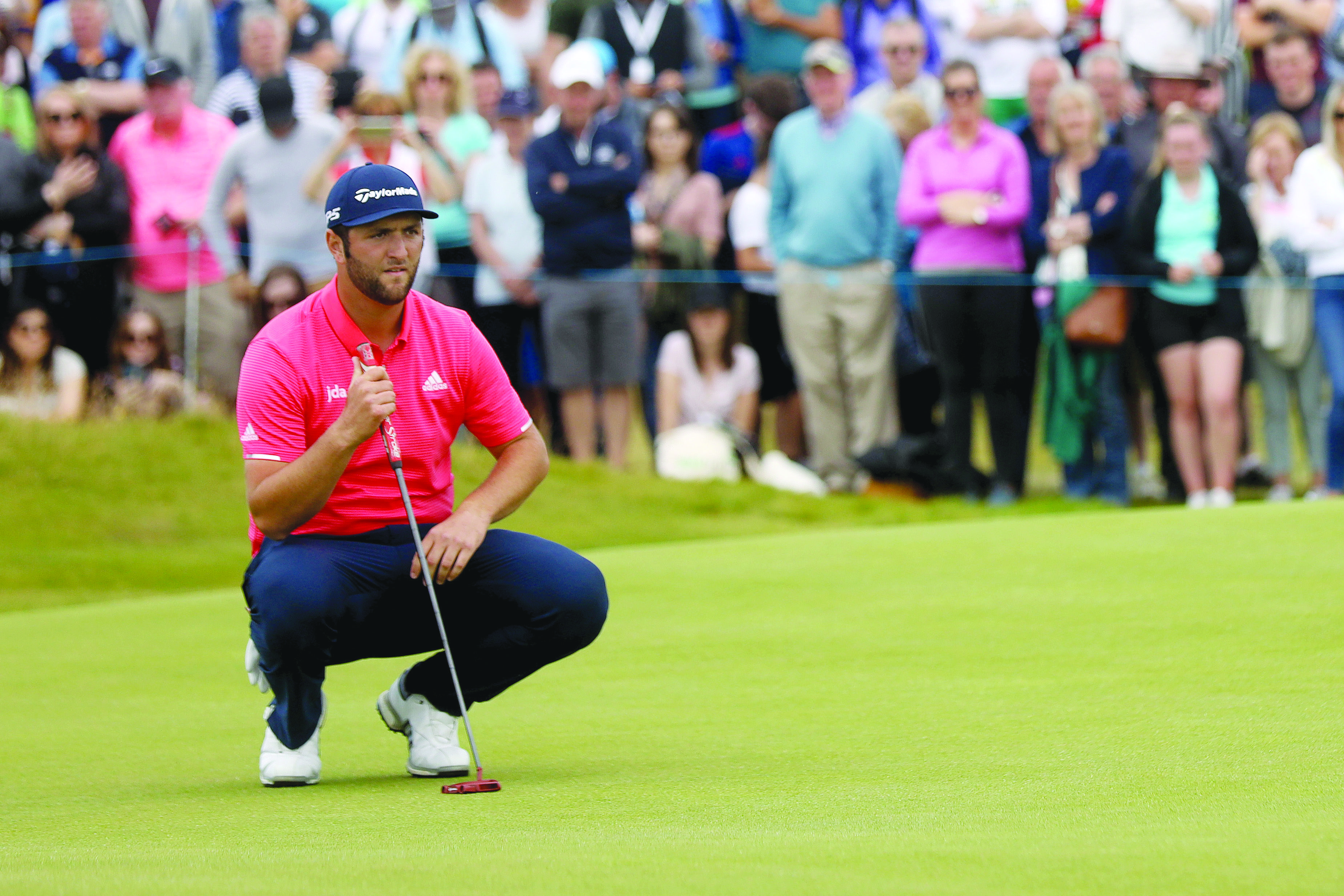 AT the time of writing, they were still counting the votes in some states, including Georgia, following a gripping US Election, but Joe Biden is now the President Elect.

From pond to pin! Rahm skips to a hole-in-one on No. 16 at #themasters pic.twitter.com/JNNPWgW9OP

With some clarity as to who will be in the White House in January, America can get back to doing what it does best – hosting world-class sporting events.

What better way to begin than with the rescheduled US Masters at Augusta National.
The Masters produced one of the greatest sports stories of 2019 when a 43-year-old Tiger Woods clinched his 15th major with a memorable victory.

At 45/1 this time around, Woods will certainly have his supporters with several bookmakers offering generous each-way terms.

Bryson DeChambeau is the 8/1 favourite after his emphatic six-shot win in the US Open at Winged Foot back in September.

Dubbed ‘The Scientist’ by the US media, a beefed-up DeChambeau is unlikely to change his approach this weekend and he could well make a mockery of one of the most iconic venues in golf.

Yet, purely from a betting perspective, he is poor value at 8/1 considering his was 25/1 prior to the US Open.

Dustin Johnson is next in the betting and it is surely only a matter of time before the world number one wins his second major.

A solid build-up last week at Houston Open where he hit a closing round of 65 to finish in a tie for second is another positive and I couldn’t put anyone off having a punt on Johnson.

However, I like the claims of JON RAHM at 10/1 and he is taken to break his major duck at Augusta.

Probably like to win several majors over the course of his career and he likely to win at least one Open Championship. Yet, two top-10 finishes in the last two years bodes well and the big-hitting Spaniard ought to be right in the mix on Sunday night.

Rory McIlroy will bid to complete his career grand slam and is tempting at 14/1. I’d rather wait to see how the four-time major winners fares over the opening 18 holes and take a shorter price as he has a habit of taking himself out of contention on day one at recent majors.

Justin Thomas is 12/1 and is another who should go well, but he has missed a few chances for victory this season and I could see him failing short by a few shots.

At slightly bigger odds, my second each-way selection is XANDER SCHAUFFELE at 14/1.

Granted, he should be a bigger price as he hasn’t actually won in two years, but the fact that he continues to contend in the majors is why the bookies are cautious about his price.

He did very little wrong last year when tied second behind Woods and it would be no surprise to see him go close again.

Another I fancy to have a strong week at Augusta is HIDEKI MATSUYAMA, who is priced at 28/1, although those odds were shortening at the beginning of the week.

He was in a tie for second with Johnston last week, two shots behind winner Carlos Ortiz and he has no real weaknesses to his game, albeit he can lack confidence with the putter at times.

With some firms paying up to 10 places this week, the Japanese ace is worth a few quid each-way.

The same comments apply to LOUIS OOSTUIZEN, who is back inside the top 20 and remains a threat in majors. At 55/1, the South African is a decent price having lost to Bubba Watson in the 2012 play-off.

Finally, LANTO GRIFFIN, who is 150/1 outright, could be a decent shout for the top rookie at 18/1 having played some excellent golf of late.

The 32-year-old made it all the way to East Lake this season and, despite a disappointing showing at the Houston Open last week, he could relish the unique challenge of Augusta.